Why Do We Gesture When We Talk?


We all know people who talk with their hands. Turns out there’s quite a bit of research around the relationship between language and gestures. 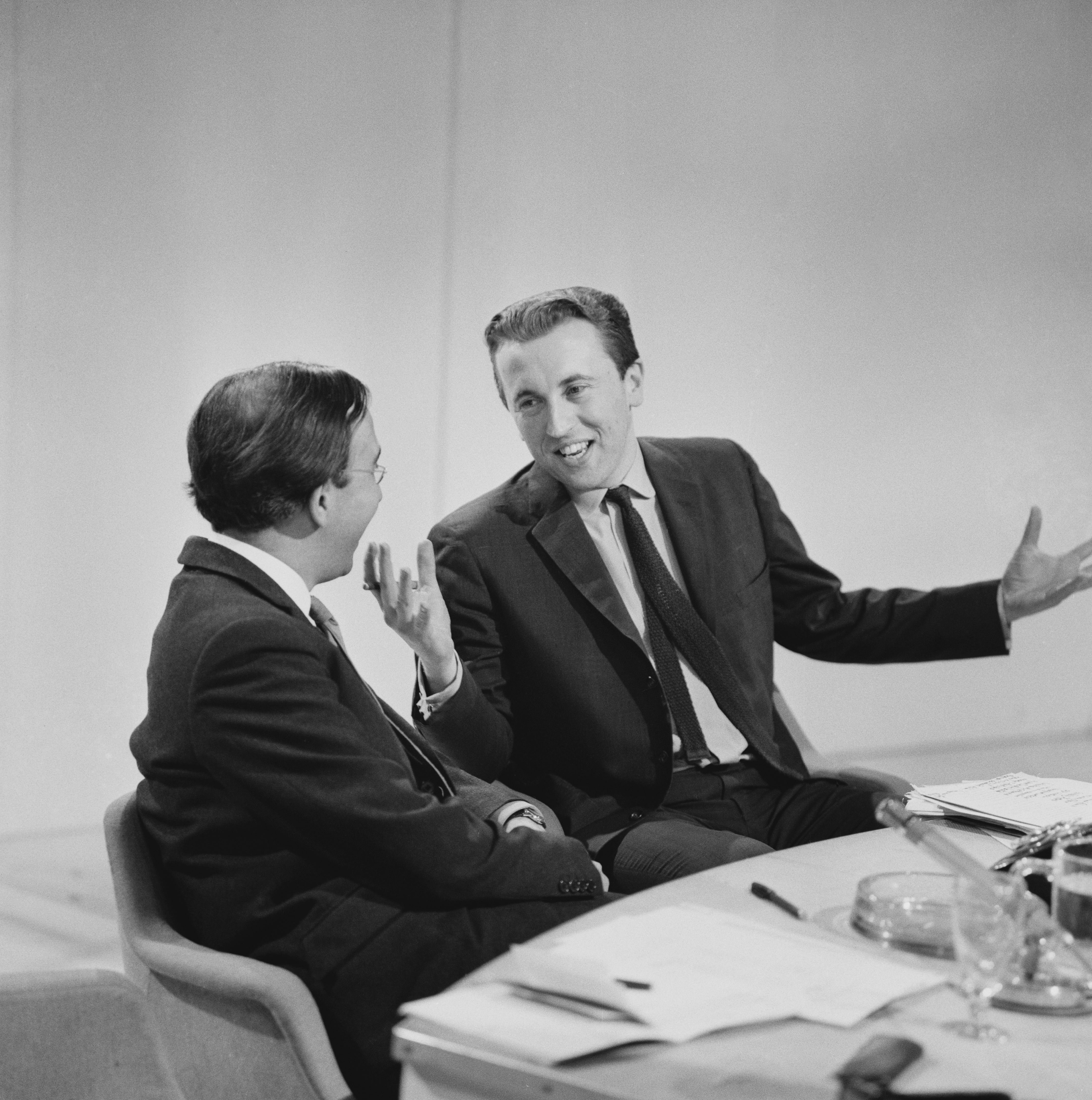 In the early 1970s, David McNeill, a psychology professor at the University of Chicago, was giving a talk in a Paris lecture hall when something odd caught his eye. There was a woman in the back of the room moving her arms in a way that seemed to convey exactly what he was saying. It took him a moment to realize that she was speaking, too, and another to realize that she was an interpreter, translating his words into French. For McNeill, that moment of confusion sparked an insight that would lead to a lifetime of research: Gesture and speech are not as separate as they seem.

Gesture researchers have spent the past 40 years uncovering how movements (like a cupped hand rotating in space or a finger tracing a path through the air) are intimately tied to speech. Regardless of their spoken language or culture, humans gesture when they talk. They gesture even if they have never seen gestures before—people who have been blind since birth do it—and they gesture even if they’re talking to someone on the phone and know no one can see them. When speech is disrupted—by stuttering, for example—so is gesture.

In fact, gesture is so tightly bound to language that differences between languages show up as subtle differences in gesture. Whether a language puts information on the verb (“He flies out” in English), or on a particle outside the verb (“He exits flying,” in Spanish) will affect where the gesture for “flying” appears. In English, it will last only for the duration of the spoken verb: flies. But in Spanish, it will spread over the whole sentence, or even multiple sentences. In other words, the way you package your thoughts into speech is also how you package them into movement.

Researchers are especially interested in the times when gestures don’t match speech. The mismatch can be a valuable window to what’s going on in the mind. Susan Goldin-Meadow, another University of Chicago psychologist, has led a decades-long investigation of so-called speech-gesture mismatches. For example, until about 7 years of age, children don’t understand that if you pour a tall glass of water into a shorter, wider glass, the amount of water stays the same. They think the shorter glass contains less water. When asked to explain their reasoning, some children will say, “This one is shorter,” while gesturing that the glass is wider. That discrepancy shows they subconsciously grasp that both dimensions are important. Teachers who can spot these mismatches can tell when a student is ready to understand the relationship between height, width, and volume.

When we speak, we put our thoughts into words, and when we gesture, we put our thoughts into our hands. But gestures don’t just show what we’re thinking—they actually help us think. Toddlers who are encouraged to gesture tend to start producing more words. Adults involved in various problem-solving tasks do better when they are encouraged to gesture. There is something about putting ideas into motions that brings us closer to grasping what we need to grasp. In a way, what really caught McNeill’s attention in that Paris auditorium was a sideways glimpse, filtered through another language and another mind, of his very own thoughts.

Arika Okrent is a linguist, and author of In the Land of Invented Languages. She is living in Chicago, doing her part to fight off the cot-caught merger and keep "gym shoes" alive.
Posted by Ron Ernie at July 25, 2019