In December 1984, real estate mogul Donald Trump
outlined a grand vision for what he dubbed “the greatest
piece of land in urban America” — a 76-acre parcel encompassing  a dilapidated rail freight yard along the
Hudson River on Manhattan’s Upper West Side.
Trump, then 38, was determined to build 7,600 high-rise apartments,  the largest shopping mall on the east coast,
and sprawling television studios for NBC, which was
considering a move to New Jersey. The crowning jewel of
Trump’s Television City would be a lavish 152-story condo —
the tallest building in the world at the time —
where Trump planned to live in the penthouse. 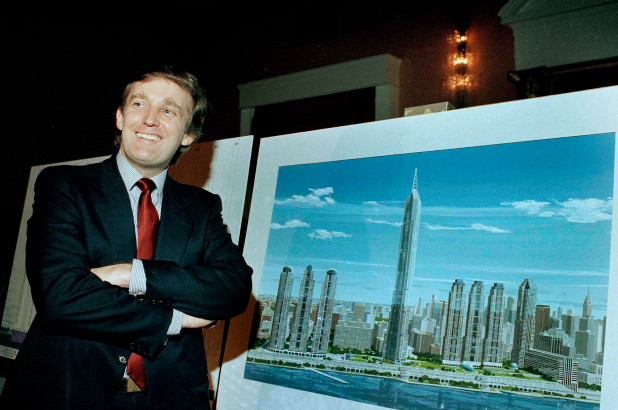 But while the real estate scion was poised to begin construction on the biggest residential development in New York City history, he faced rabid opposition from community groups led by an earnest, bespectacled 37-year-old lawmaker.

In fact, Brooklyn-born Jerrold Nadler would prove Trump’s fiercest enemy for the next decade while he represented the Upper West Side as a state Assemblyman and later as its Congressman.

“For years, they were like two gladiators sparring over that land,” said Ruth Messinger, a former City Councilwoman and later Manhattan Borough President.

Messinger and several other elected officials initially fought against Trump’s plans, but later agreed to work with the developer on a scaled-back version. 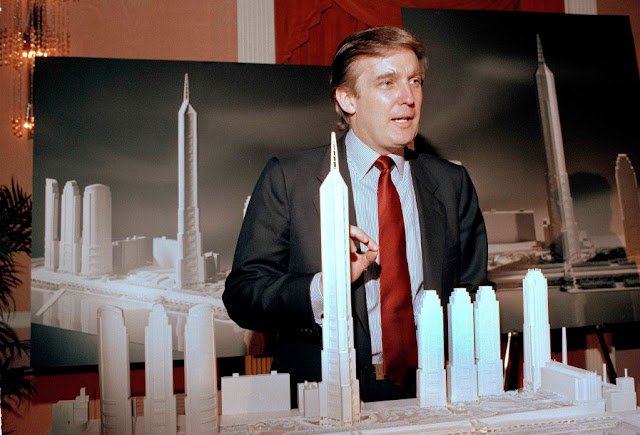 Now, four decades later, the gladiators’ arena has changed to Washington DC, where Nadler, now chairman of the House Judiciary Committee, continues to wage war against his old nemesis, now the President of the United States.

“There is a sense that this is not a new experience,” said George Arzt, a political consultant and former New York Post reporter who covered the initial Trump-Nadler fray.

“The office of the president evaporates in this battle because it is more of a fight between two people who have been at odds before. Jerry is very firm and doesn’t like to be bullied and Donald is going to go after him.”

But as in ancient Rome, this is a contest to the political death.


Despite a report by special counsel Robert Mueller that found no evidence of collusion with Russia during the 2016 presidential campaign, Nadler is forging ahead with the investigation into alleged obstruction of justice and other alleged wrongdoing by the president and his campaign.

Following Mueller’s appearance before the House Judiciary Committee last week, Nadler asked a federal judge to release grand jury evidence because the committee is “investigating whether to recommend articles of impeachment.”

“When we win, it’ll open up the floodgates,” Nadler told CNN last week.

Nadler has never backed down from a fight, and he was keen to win the battle against Trump and other brash developers who came before him with designs on the lands along the Hudson River between 59th and 72nd Streets since the 1970s.

In addition to the city’s residents, he fought for the transport and rail unions who were among his biggest political donors.


“There were years and years of arguments about that site,” said Messinger. “We dealt with several developers, but Donald Trump was the most determined to succeed, the one who kept coming back with other ideas.”

In the early 1980s, Nadler fought so hard against Abe Hirschfeld and his Argentine development partners Carlos Varsovsky and Francisco Macri (the father of Argentina’s current president) that Hirschfeld, well known as a developer of parking lots who briefly owned the New York Post, unsuccessfully tried to convince a Manhattan Supreme Court justice in 1985 to prevent Nadler from ever holding or running for public office again.

For his part, Nadler claimed Hirschfeld tried to bribe him.

“He openly lied on several occasions and is no longer fit,” said Hirschfeld, who charged Nadler with defamation.

Trump got involved in the project after Hirschfeld and his partners defaulted on their loans. Like those before him, the young developer faced off against Nadler and his backers — a phalanx of resident celebrities that included authors E. L. Doctorow, Robert Caro and Betty Friedan. Their neighborhood coalition threw glitzy cocktail fundraisers and distributed flyers warning residents that Trump’s luxury skyscraper would cast a huge shadow over the neighborhood and cover local parks in darkness for most of the day. The influx of thousands of people working at the proposed television studios and mall would overwhelm the neighborhood’s fragile infrastructure, especially the 72nd Street subway, they said.

“I’m going to pick apart [Trump’s project] any way I can,” Nadler told The New York Observer in 1996. “It’s not technicalities, I think it’s a terrible project.”

By the early 1990s, Trump began to scale back some of his grand plans for the development, which he had renamed Riverside South. He displayed new plans to the civic groups that were opposing him that would move an elevated roadway below ground level, allowing him to build a 23-acre park with access to the Hudson.

While community activists such as Messinger eventually agreed to the compromise and other civic groups dropped their lawsuits against Riverside South, Nadler stuck to his guns. He worked behind the scenes in Congress to withhold $160 million in federal funds to move and submerge part of the West Side Highway.

“He always felt that if his community was against something, then he was against it,” said Assemblywoman Linda Rosenthal, who worked as an aide for Nadler after he was first elected to Congress in 1992. “It [Riverside South] consumed a lot of his time. He seemed to have limitless hours and worked well into the night.”

While he was blocking the federal cash that Trump needed to move the highway, Nadler also lobbied the US Department of Housing and Urban Development to prevent Trump from acquiring a $355.5 million tax-free mortgage guarantee for the project’s first four buildings. The guarantee would have allowed Trump to get tax-free construction financing under a program that required developers to set aside 20 percent of the apartments as subsidized housing.

“It’s outrageous at a time of deep budget cuts that Mr. Trump would seek a down payment from working Americans for his luxury high-rise development in Manhattan,” Nadler said in 1995. “Why should taxpayers be asked to chip in for this massive and wasteful boondoggle?”

For years, Nadler had said he wanted the development site to be turned into a rail freight terminal, in order to help the city’s manufacturing sector which at the time employed more than 500,000 people.

Some of Nadler’s biggest political contributions have come from transportation workers unions. The Sheet Metal, Air, Rail & Transportation Union was among his single biggest donors, contributing $115,500 to his campaigns for Congress since 1991, public records show.

Trump turned the defeat of losing out on federal funds on its head: “Jerry Nadler fell right into my trap,” he said in July 1995. “He helped my development.”

Trump said he knew all along that the highway was not going to be moved, but in the meantime he had managed to turn many of the civic groups into allies. He called Nadler’s arguments “total nonsense” and said the Congressman was only opposing him for publicity purposes.

Trump had taken to calling the then-portly lawmaker “Fat Jerry,” a monker he continues to use with aides at the White House.

But it was a Pyrrhic victory for Trump whose real estate empire was in financial trouble after he had extended himself on the Riverside South development and other investments in casinos. Trump was forced to sell the project to a group of Hong Kong developers, who eventually sold the whole thing to Extell Development. As part of the new development plans for the site, the 152-story tower was scrapped, and the residential buildings were limited to between 30 and 50 stories each. Three condos and three high-rise rental buildings were built on the site — now known as Waterline Square.


Even when he loses to Trump, Nadler can still do plenty of damage After the public backbiting over the project finally ended in the mid 1990s, Trump called to set up a meeting with Nadler to seek his support on another project, this one involving the Stock Exchange in Lower Manhattan.

“We got together for breakfast,” said Neil Goldstein, Nadler’s chief of staff from December 1992 to 1996.

“Trump started off by saying, ‘I know you are going to oppose me because you hate me,’” Goldstein recalled.

But Nadler listened “intently” to the developer, and actually agreed with many of Trump’s points, Goldstein told The Post.

“It was actually a really good meeting, even if the project never got off the ground,” he said.
Posted by Mr Ginsu at July 29, 2019