JUST NOW AT 14:45
More information as we receive it.

Four people were on board the plane that crashed near Hudson Valley Regional Airport, according to Colleen Pillus, communications director for the Dutchess County Executive's Office
One person is believed to have serious injuries and "will likely have to be flown out," she said, and as of 4 p.m. the person was not yet extricated. A helicopter landed at the airport just after 4 p.m.
Two other passengers have already been "released and walked away from the scene, everything minor," and a fourth had a back injury and was transported out on a stretcher, Pillus said.
The area in Wappinger is less than two miles northeast of the airport.
Pillus said the plane was low on fuel and planning to make an emergency landing at the airport. But, "just before they made their final approach they peeled off to the right and this is the result," she said.
Multiple agencies responded to the crash in Wappinger, near Maloney Road and Smith Crossing Road in a "dense, wooded, high-vegetation" area, Pillus said, which made it difficult for responders to find the crash. Helicopters spotted the crash from above. 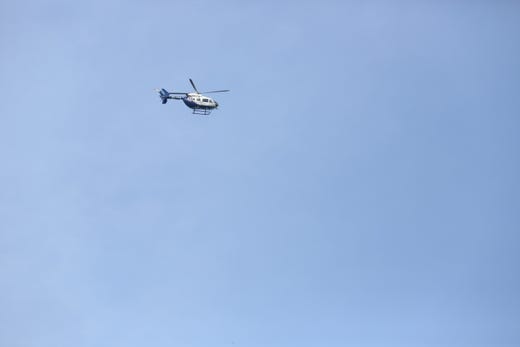 A helicopter approaches the area of a plane crash Friday in Wappinger.   Katelyn

Heat was a factor in responders' search, with temperatures soaring in the 90s. Many by the end of the search were drenched in sweat and cooling off in the back of cars.

Local fire and police departments as well as EMS workers respond to a plane crash near Hudson Valley Regional Airport on Friday. 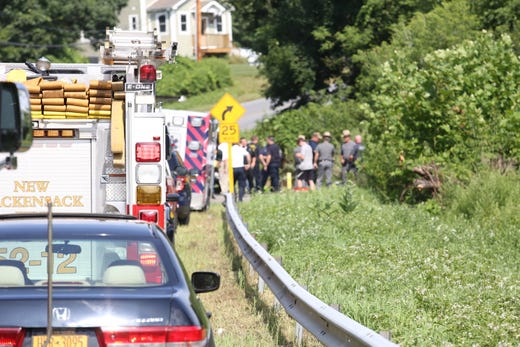 Some had entered the woods south of Maloney Road. A small group entered the woods with a stretcher, and others carried equipment including three Jaws of life.
A portion of Maloney Road, near its intersection with New Hackensack Road, is closed.
New Hackensack, Hughsonville and LaGrange fire departments, state police and the Dutchess County Sheriff's Office are among the responding agencies, in addition to Hudson Valley Regional Airport's rescue team and EmStar ambulance. 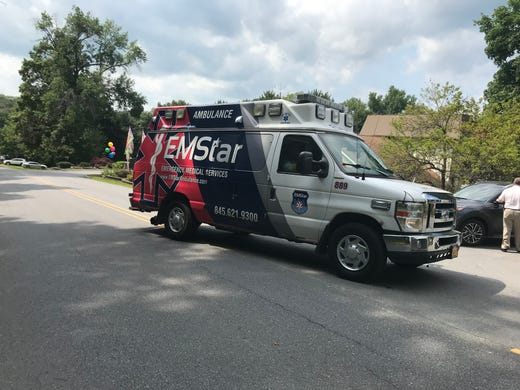 An injured man is removed to an ambulance

This story will be updated with more information as it is available.
Posted by Ron Ernie at July 20, 2019