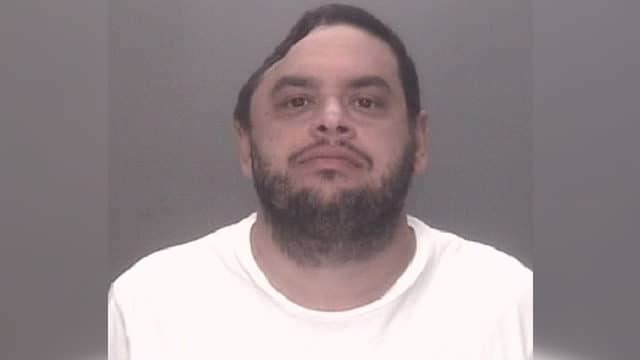 The gentleman in the featured image above is Orlando Lopez, who was recently pulled over on a North Carolina motorway and discovered to have 98 grams of coke and 35 grams of meth on him.
Featured Image VIA


As you can see he’s obviously had some kind of traumatic head injury and had a part of his skull removed, so I have no idea what Robeson County police department were thinking when they uploaded his mugshot onto their Facebook page. Did they not think everyone was going to immediately start ripping the piss out of him?
That’s what happened, of course: