Lachlan Foote, 21, was set to celebrate his 22nd birthday the following day but instead his family were grieving their son’s death.

His body was found on the bathroom floor of the family’s home in Blackheath, New South Wales, Australia after he downed the muscle building drink.

But they have only just discovered the cause of death, and are sharing the heartbreaking story in the hope of “saving someone else’s life”.

The lad’s dad Nigel said the coroner’s report revealed Lachlan had died as “caffeine toxicity” after adding caffeine power to his protein shake.

He wrote on his Facebook page: "While I don't wish to keep raising the subject of Lachlan's death on Facebook, I'm posting this because there's a possibility it might save someone's life. 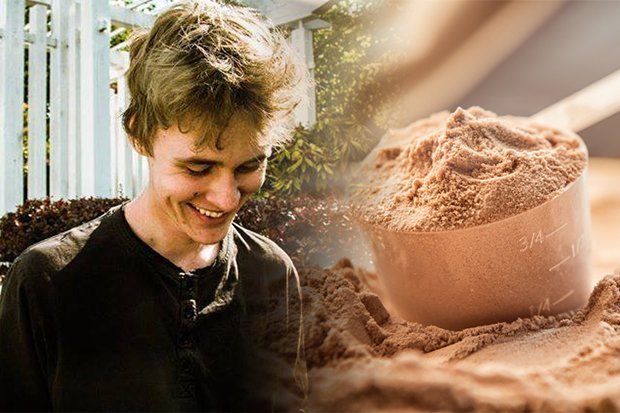 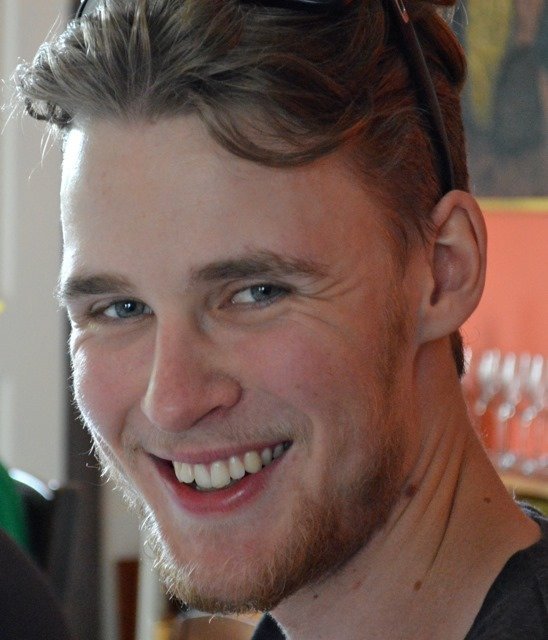 LETHAL: Lachlan had added a teaspoon of caffeine powder to his drink – equivalent to 50 coffees (Pic: NIGEL FOOTE/FACEBOOK) 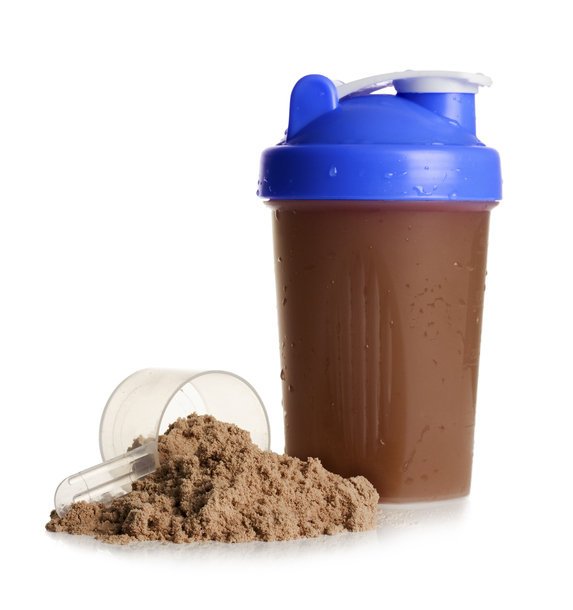 "Dawn and I have finally received the Coroner's findings regarding Lachlan – he died of 'caffeine toxicity' (not from a dodgy batch of protein powder as we had first thought). There was nothing else in his system except a small amount of alcohol (.043).

"It turns out that Lachlan came home after celebrating New Year's Eve with his friends and made a protein shake, innocently adding too much (caffeine powder) - a teaspoon is lethal (the equivalent of 25-50 coffees)."

Nigel added: "We think Lachlan obtained the caffeine powder from a friend or work associate as a thorough search of his computer and bank statements, by both myself and the police, revealed no mention of caffeine powder, only related protein powder products.

"Therefore, it appears the pure caffeine powder was bought by someone else and shared, so it's very likely that Lachlan never got to read the warning label on the packet and was unaware of its potency.

"And the fact that he kept the caffeine powder in our kitchen pantry (where one of us might have mistaken it for flour or sugar) proves the point - Lachlan would never have kept it there had he known it was a threat to the family. He was a bright, imaginative young man. 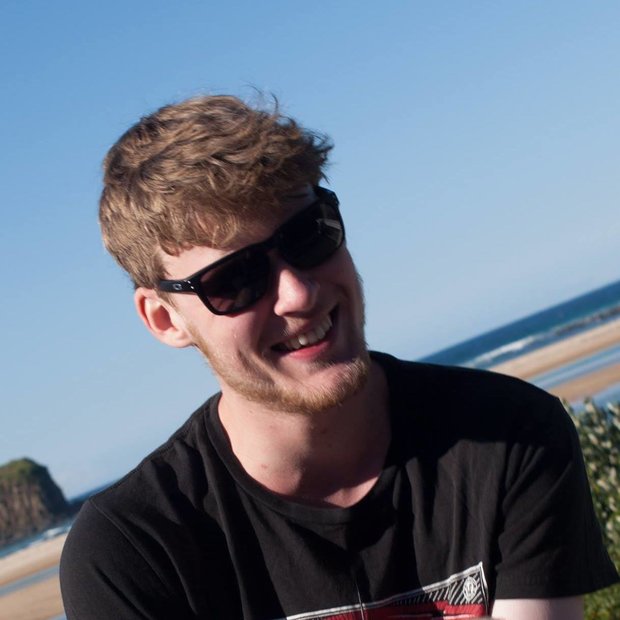 HEARTBREAKING: Lachlan likely didn't know about the dangers of caffeine, his dad said (Pic: LACHLAN FOOTE/FACEBOOK)
"We're concerned that there might be other young people in his circle who bought or shared in this batch of pure caffeine powder and, like Lachlan, be unaware of the danger... hence this post."

Just hours before Lachlan’s death, the young man had sent a Facebook message to friends saying his protein shake tasted “off”.

He wrote: "I think my protein powder has gone off. Just made an anti hangover / workout shake and it tasted awful".

When a pal asked “how?”, Lachlan replied: “Dunno, was kinda bitter though... anyway night lads." 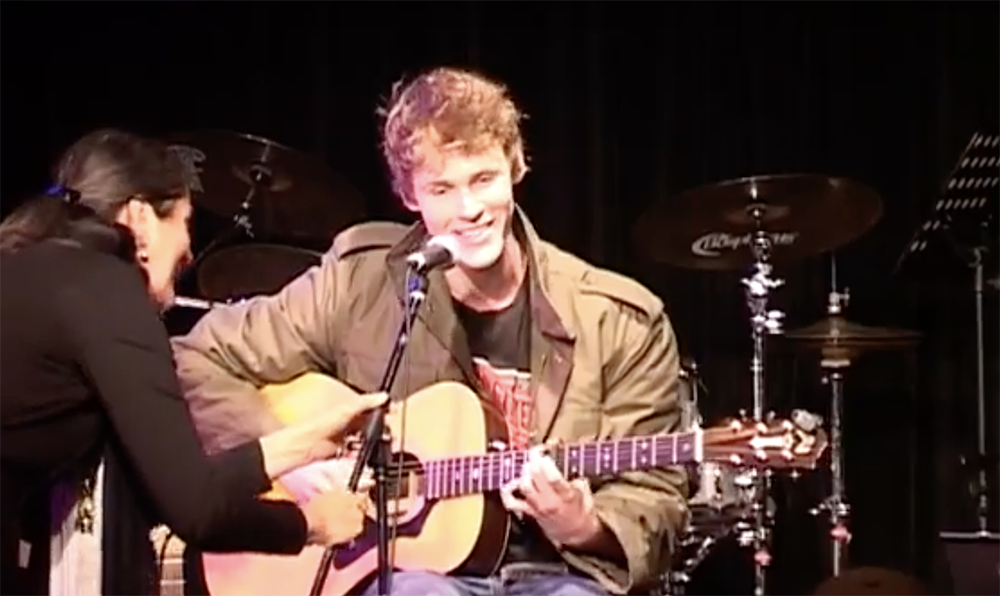 Describing the tragic events that following, Nigel added in his Facebook post: "Morning never came for Lachlan. We found him, dead and cold on the bathroom floor (New Year's Day 2018)... the day before his 22nd birthday.

"It has been an excruciating wait for the Coroner's findings, but the love and support we have received from our family, friends and this fabulous Blue Mountains community has seen us through. We can never thank you enough.

"The investigation is finally over and we are not left wondering what exactly happened to Lachie any more - we now know. The original autopsy revealed caffeine but not the precise levels, so another, more specialised test had to be done, hence the delay. The Coroner's forensic team and counselling staff have been wonderful.

"We bear no ill feeling toward whoever shared the caffeine powder with Lachlan as we're sure this was just a tragic, innocent mistake. 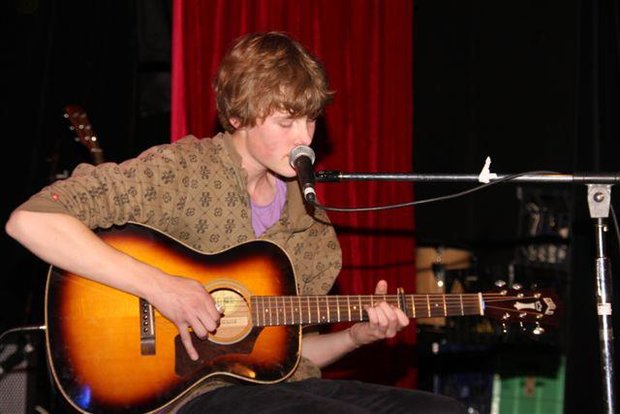 WARNING: Lachlan's dad has shared his son's story in the hope of saving someone else's life (Pic: LACHLAN FOOTE/FACEBOOK)

"It's just insane that something so dangerous is so readily available. Please warn your friends, talk to your children... and perhaps check your kitchen cupboards...pure caffeine powder looks just like any other white powder... but a heaped teaspoon of it will kill you.

"I'm not going to go on a crusade about caffeine powder - we need to move on - but I do want to warn Lachlan's friends and the Blue Mountains community.

"I will post some special 'Lachlan moments' now and then - perhaps on his birthday - for I know how much he meant to so many of you. He lives on in our hearts... our photos... and in the stars..."

ADDITIONAL INFO
How Much Caffeine Before I End Up in the E.R.?


In 2005, fewer than 2,000 trips to hospital emergency departments involved energy drinks. By 2011, that number was over 20,000. If energy drinks are safe, why are they sending us to the hospital?

Everything is a public health concern, though, really. How publicly concerned should we be about energy drinks?

First off, the data from the SAMHSA report looks alarming. It tells us that the number of "energy drink-related" emergency department (ED) visits increased nearly tenfold between 2005 and 2011:

Energy drinks are not-uncommonly used along with alcohol and other drugs, so SAMHSA (say it aloud once, it's calming) makes the distinction that, of the 20,783 ED visits in 2011, 58 percent involved energy drinks alone; the remaining also involved other drugs.


The rise suggests an increasing propensity for abuse, though, given the rapidly increasing prevalence of energy drinks in the market since 2005 (now a $10+ billion industry), probably a similar percentage of consumers are misusing them and/or having adverse reactions.

Screen Shot 2013-01-14 at 10.13.31 AM.pngWhy are these drinks sending people to the emergency room? The only ingredient(s) in common energy drinks that have been proven to have acute stimulant effects are caffeine and guarana (which SAMHSA defines as "a plant product containing concentrated caffeine"). The vitamins and amino acids that many drinks include shouldn't give you a noticeable burst of energy unless you were previously malnourished and vitamin-deficient. And they're not reasoned to play a role in intoxication effects.

So, essentially, energy drinks can be looked at as caffeine. And as the SAMHSA report puts it, "Large amounts of caffeine can cause adverse effects such as insomnia, nervousness, headache, fast heartbeat, and seizures that are severe enough to require emergency care."

How much is a "large amount" of caffeine? Like alcohol, it's relative to metabolism and tolerance. Most people can tolerate a lot. In caffeine-modified electroconvulsive therapy, for patients with depression, up to 2,000 mg has been given -- intravenously. But that's in a controlled hospital environment where they are trying to give people seizures. And it does increase the likelihood they will have a seizure. For a frame of reference, SAMHSA notes, "The total amount of caffeine in a can or bottle of an energy drink varies from about 80 to more than 500 mg, compared with about 100 mg in a 5-ounce cup of coffee or 50 mg in a 12-ounce cola."

Those examples are a little misleading, though. The Center for Science in the Public Interest (CSPI) has a great list of how much caffeine specific foods/drinks contain. For energy drinks, "more than 500 mg" is far from the norm:

Cran-Energy is a thing, yes.

And the 100 mg that SAMHSA cites for a "cup of coffee" is pretty optimistic -- at least in the way that many of us define coffee.

Still, despite the fact that a Starbucks venti coffee has three times as much listed caffeine as a can of Monster, some people swear they're more wired after drinking an energy drink. That may be because of the extra caffeine in guarana. Energy drinks can advertise that they have the same amount of caffeine as a cup of coffee; but when you include guarana, they have a much stronger stimulant effect. In Australia, listing quantified guarana content on beverages is mandatory.

The most interesting implication that the report mentions is from a study in which "bar patrons who consumed alcohol mixed with energy drinks were ... four times more likely to intend to drive while intoxicated." Because, as SAMHSA puts it, "Individuals, especially young drinkers, may incorrectly believe that consumption of caffeine can 'undo' the effects of alcohol intake and make it safe to drive after drinking."

That sort of stimulant-empowered bullheaded behavior -- rather than the E.R. admissions for caffeine-induced anxiety -- is actually the most pressing public health concern.

So, caffeinate responsibly. "If I drink another Hardcore Energize Bullet, am I going to have to go to the hospital again?"
at July 08, 2019