The man who survived a bear attack


Russian school caretaker Nikoly Irgit got a nasty surprise when he went down to the woods – and ran into a bear. Somehow, he survived to tell the tale 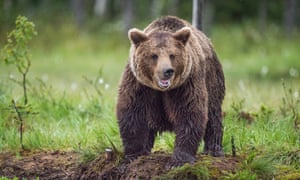 Grin and bear it … a brown bear of the type that Irgit fought off. Photograph: USO/Getty Images/iStockphoto

Why, what happened? A bear tried to eat his face.

Well, yeah, that would do it. Still, the bear came off worse.

How come? Let’s just say it won’t be licking out many honey jars from now on.

Actually, I think you’ll need to tell us a bit more than that. OK. Irgit is a school caretaker and father of three in the remote Tuva region of Russia, just north of Mongolia. About a month ago, he went out into the forest with some friends, collecting horns and antlers to sell.

Like you do. Like you shouldn’t do, you mean. It is said to be illegal without a licence, and Irgit and his friends could still get in trouble for it, apparently. Anyway, he suddenly saw a brown bear charging towards him.

Incensed by this alleged flouting of forestry regulations, no doubt. Yeah, or it might just have been hungry, because it bit Irgit’s arm, then began to gnaw on his head. 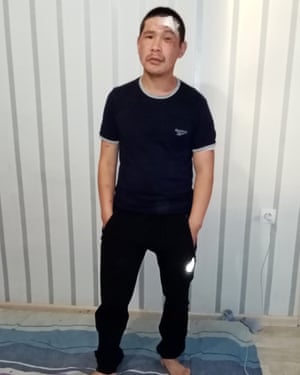 Bozhe moi! (“Oh my God!” in Russian.) “I opened my eyes and saw his huge jaws,” he told Russian reporters. “Instinctively, I clenched my teeth.” But then the bear roared and ran away.

Why? Irgit wasn’t sure. “I felt terrible pain,” he said. “At first I thought those were my lips in my mouth. Then I spat out – and realised it was a tongue. I thought at first it was my tongue.”

But it wasn’t? No. “Shaking, I started saying something to check my voice, and it seemed OK. And then I realised that it was the bear’s tongue. I had bitten off the bear’s tongue and it was in my mouth. I noticed straight away that the tongue was white.”

That is both incredibly impressive and incredibly disgusting. I reckon he deserves some antlers. Well, he didn’t get any. His friends took him to hospital, where he stayed for a long time, getting skin grafts. He is really upset about the scars.

Of course he is, poor guy. I guess him and the bear can call that a draw. I guess.

Still, these Russian bears, eh? They’re a menace. Didn’t one of them drag a man into a cave and keep him there as food for weeks? There were horrible pictures. That wasn’t true, it seems. The man just happened to have a non-bear-related skin disease.

Oh. Although a Canadian man called Alex Woods killed a bear with an axe blow to the head the other day.