CNN DEATH RATTLE ( it is a part of the dying process.) 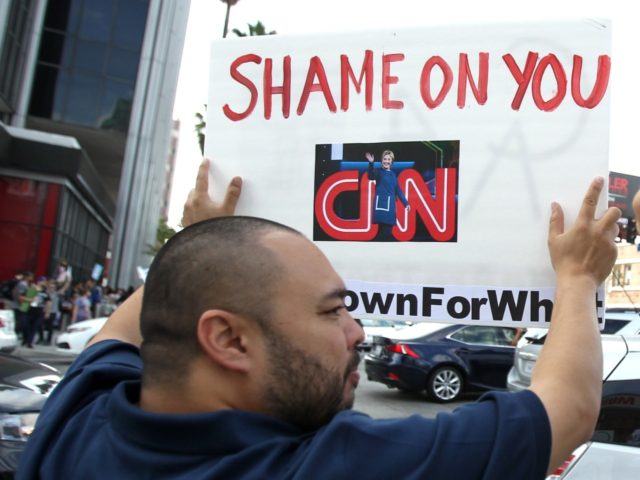 The far-left fake news outlet CNN came in 15th place in primetime during the previous quarter and lost nearly 20 percent of its already pathetic viewership.

Let’s go straight to the numbers…

During the second quarter of this year, here’s how the average viewing audience stacked up…

Obviously, what the above numbers prove is that CNNLOL is not the victim of a downturn in the overall news cycle but rather a victim of its own horribleness, of Suicide By Fake News and Hate.
THE SHIT SHOW!
In all of cable TV during primetime, FOX was number one, MSNBC number two, and CNNLOL was number…. 15.

Compared to this same quarter last year, in the age demo, FOX is down 21 percent and MSNBC 27 percent, but CNNLOL again managed to humiliate itself with an incredible 37 percent crash of young primetime viewers.

With only two other cable news outlets as competition, not a single CNNLOL program ranked in the top 20.

Cuomo could not even average a million viewers last quarter (936K), but he’s the Golden Fredo compared to Jake Tapper’s ratings, which have sunk to 699K. Don Lemon was only able to attract 833K viewers. Anderson Cooper grabbed 892K.

There’s a reason why more Democrats tune into MSNBC and probably even Fox News.

CNN is an unreliable and dishonest hate network obsessed with working out its psychosis against Trump and his supporters by going so far as to condone and encourage violence against them.

For all of MSNBC’s flaws, its anchors are nowhere near as dangerous or unstable.

Sure, there’s a vocal contingency in the Democrat Party every bit as crazy and dangerous as CNN, but most rank-and-file Democrats are our friends and neighbors, are good people repulsed by the un-American stench emanating from CNNLOL.

On the left and right, this is an overwhelmingly decent country made up of decent people — CNN is not.
at July 03, 2019