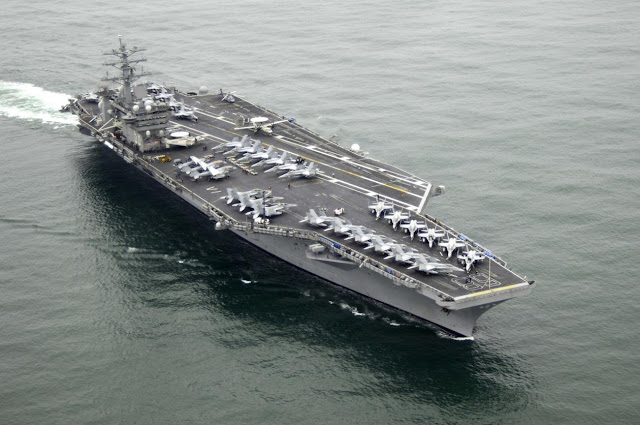 That means war?
by Dario Leone

Rear Admiral Lou Yuan, deputy head of the Chinese Academy of Military Sciences, has told an audience in Shenzhen that the ongoing disputes over the ownership of the East and South China Seas could be resolved by sinking two U.S. Navy aircraft carriers.

Admiral Lou gave a wide-ranging speech on the state of Sino-U.S. relations. As reported by New Zealand Herald, the high-profile, hawkish military commentator reportedly declared the current trade spat was “definitely not simply friction over economics and trade,” but was instead a “prime strategic issue”.

His speech, delivered on Dec. 20 to the 2018 Military Industry List summit, declared that China’s new and highly capable anti-ship ballistic and cruise missiles were more than capable of hitting U.S. Navy carriers, despite them being at the centre of a ‘bubble’ of defensive escorts.

“What the United States fears the most is taking casualties,” Admiral Lou declared.

He said the loss of one super carrier would cost the U.S. the lives of 5000 service men and women. Sinking two would double that toll.


“We’ll see
how frightened
America is.”

In his speech, he said there were ‘five cornerstones of the United States’ open to exploitation: their military, their money, their talent, their voting system — and their fear of adversaries.

The typical air wing aboard a U.S. Navy aircraft carrier consists of:

• One Electronic Attack (VAQ) Squadron, made up of five EA-18G Growlers.

• One Helicopter Maritime Strike (HSM) Squadron of eleven MH-60R Seahawks, 3–5 of which are typically based in detachments on other ships of the carrier strike group.