Arctic fox astounds scientists by trekking 2,176 miles in 76 days — from Norway to Canada 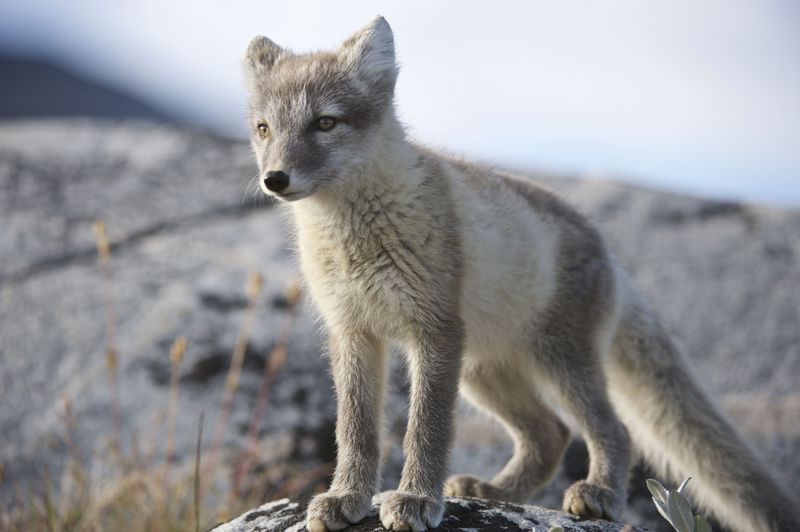 An Arctic fox like this one is getting attention for traveling a great distance in a short period of time. (Education Images/Universal Images Group via Getty)

Logging nearly 30 miles per day, an Arctic fox has trekked from the Svalbard Islands in Norway to Inuit territory in the northern reaches of Canada, astounding scientists.

The young female had been tracked via a GPS device installed by researchers at the Polar Institute in Norway, releasing her into the wild in March 2018, BBC News said.

Twenty-one days later she had reached Greenland, BBC News said, about 940 miles from her starting point. A mere 76 days after she left Svalbard, the fox was found on Ellesmere Island in Nunavut, Canada.

Her speed across the Greenland ice sheets was especially noteworthy, reported Australian news network ABC. The fox trotted 96 miles a day across that country, according to the findings, which were published in the Polar Research Journal.

At 1.4 times speedier than the pace of an adult male Arctic fox tracked in Alaska, this fox logged the “fastest movement rate ever recorded for this species,” the report said.

The Arctic fox is a fluffy, white, dark-eyed creature weighing between 6.5 and 17 pounds, according to National Geographic. Its head and body can run from 18 to 26.75 inches, its tail to 13.75.

Their round, compact bodies not only make them resemble compact wads of fur but also give them less surface area, meaning less exposure to their cold habitat’s temperatures, according to Defenders of Wildlife. The same goes for their short muzzles, ears and legs, combined with their thick, deep fur — including on their paws, which enables them to walk on snow and ice, Defenders of Wildlife says.

Even with all that insulation and adaptation, this fox had moxie.

While the Arctic fox tends to migrate in the winter to forage, this one had gone way beyond the norm, “crossing extensive stretches of sea ice and glaciers,” the Norwegian Polar Institute’s Eva Fuglei told New Scientist.

“We couldn’t believe our eyes at first,” study co-author Fuglei told Norwegian public broadcaster NRK, according to BBC News. “We thought perhaps it was dead, or had been carried there on a boat, but there were no boats in the area. We were quite thunderstruck.”
at July 03, 2019