Washington To Be The First State To Allow Human Composting

Now I can claim to be being literal
when I tell people
to
"eat me". 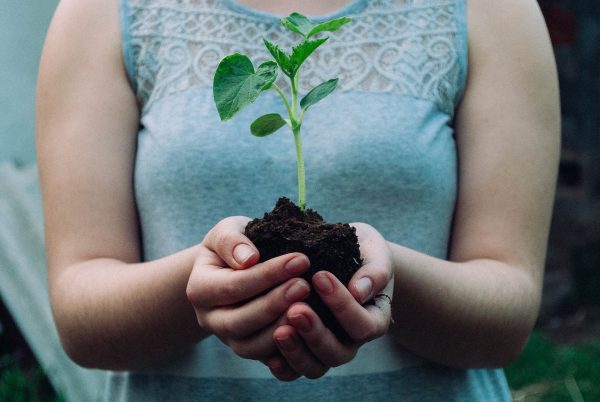 Photo by Nikola Jovanovic on Unsplash
You’ve most likely told your children or your loved ones what you want done with your remains after you die. Some want to be buried or to be cremated and have their ashes spread somewhere. Have you that someone might want their remains to be used to plant the tree?

The governor of Washington, Jay Inslee, recently passed a law allowing human remains to be turned into compost. Governor Inslee signed the bill Tuesday, the 21st of May. He says that it will take effect in May of next year. Senator Jamie Pedersen is the bill’s sponsor. He says that this is an environmental friendly way of disposing of human remains. “It’s about time we apply some technology,” said Sen. Pedersen. ”And allow some technology to be applied to this universal human experience. We think that people should have the freedom to determine for themselves how they’d like their body to be disposed of.” The bill allows licensed facilities to offer natural organic reduction. This turns the body into soil in a span of several weeks.


How Does One Become Compost?


Katrina Spade, CEO of Recompose explained the process to an CNN affiliate KIRO “The body gets covered in natural materials, like straw or wood chips. Over the course of about three to seven weeks, it breaks down into the soil,” she said.


While the body is breaking down, families of the deceased can visit the facility. They will ultimately receive the remains. It’s up to the family to determine how they want to use that soil, she said.
The process was the focus in a study at Washington State University. Six people donated their bodies for research and they used them for this project. “We proved recomposition was indeed safe and effective for humans as well,” said Spade.
The average burial can often cost between 8,00 to 25,000 dollars. Cremation get to over $6,000. Spade told the KIRO affiliate that she is hoping to charge about 5,500 dollars for human composting.


Leslie Christian is a human composting supporter. She told KIRO that this is an attractive option from environmental perspectives. She said a lot of people approve of the process, including her brother. Her brother told her that he wants his soil used to plant tomatoes.
“Recomposting” isn’t the only trend in burials lately
Famous actor Luke Perry got buried in a mushroom suit, according to his daughter Sophie Perry. For $1,500 you can have your body returned to the earth faster and naturally, reducing your carbon footprint and leaving the world a little better than you found it.
at June 22, 2019