Trump: Military action against Iran still ‘on the table’

By DARLENE SUPERVILLE
33 minutes ago 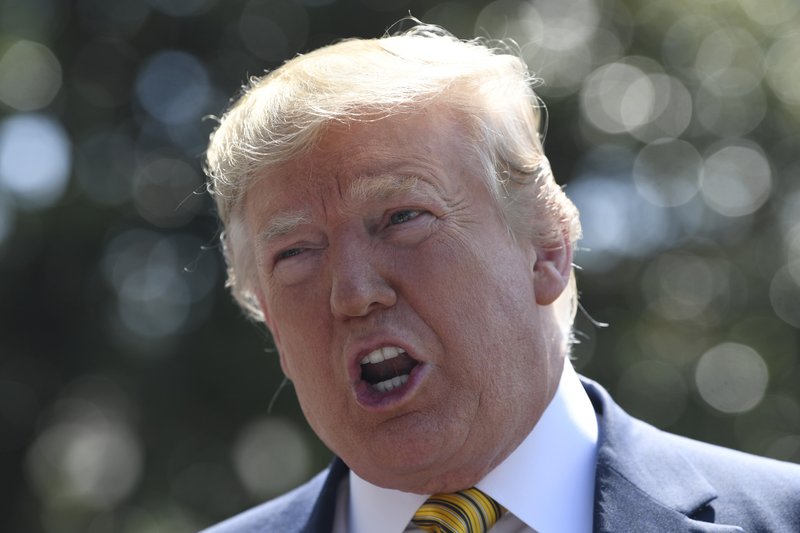 WASHINGTON (AP) — President Donald Trump said Saturday he’s still considering military action against Iran after it downed an unmanned U.S. military aircraft, saying the use of force is “always on the table until we get this solved.”

Days after initially saying he found it “hard to believe” the shoot-down was intentional, Trump accused Iran of “knowingly” targeting the plane. He reiterated that he aborted a planned military strike set for Thursday after learning approximately 150 Iranians would be killed.

Trump said “we very much appreciate” a decision by Iran’s Revolutionary Guard not to shoot down a U.S. spy plane carrying more than 30 people, though he said the downing of the drone was “probably intentional.”

“But regardless, they targeted something without a person in it, without a man or woman, and certainly without anybody from the United States in it. So, we want to be proportionate,” Trump said.

The president’s comments came as Iran summoned the United Arab Emirates’ top envoy to Tehran to protest the neighboring Arab nation’s decision to allow the U.S. to use a base there to launch the drone that Iran says entered its airspace, state media reported Saturday. 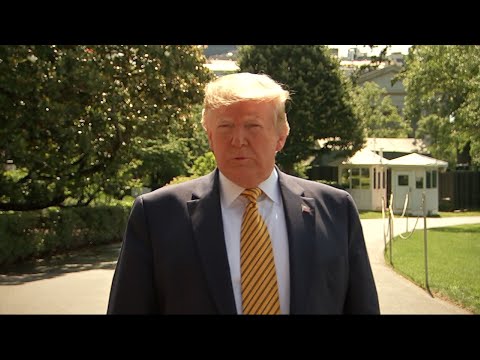 Iran issued a “strong protest” to the UAE diplomat, saying Iran does not tolerate the facilitation of foreign forces that violate its territory, the report by the official IRNA news agency said.

The U.S. said its RQ-4A Global Hawk was shot down Thursday over international waters in the Strait of Hormuz, not inside Iranian airspace.

The two countries disputed the circumstances leading up to an Iranian surface-to-air missile bringing down the drone, an unmanned aircraft with a wingspan larger than a Boeing 737 jetliner and costing over $100 million.

British diplomat Andrew Murrison planned to visit Iran on Sunday and call for the “urgent de-escalation in the region and raise U.K. and international concerns about Iran’s regional conduct” during talks with Tehran’s government, Britain’s Foreign Office said in a statement Saturday.

“At this time of increased regional tensions and at a crucial period for the future of the nuclear deal, this visit is an opportunity for further open, frank and constructive engagement with the government of Iran,” the statement said.

The announcement came a day after Trump said he had called off military strikes on Iran minutes before they were to be carried out Thursday because it would have been out of proportion to the shoot-down of an unmanned American surveillance drone.

“I didn’t like the idea of them knowingly shooting down an unmanned drone and then we kill 150 people. I didn’t like it,” Trump said Saturday.

Trump said U.S. sanctions on Iran have turned the country into an “economic mess.” He said Iran will never be a wealthy nation again if its leadership remains intent on having nuclear weapons.

The drone incident immediately heightened the crisis already gripping the wider region, which is rooted in Trump withdrawing the U.S. a year ago from Iran’s 2015 nuclear deal and imposing crippling new sanctions on Tehran.

Recently, Iran quadrupled its production of low-enriched uranium to be on pace to break one of the deal’s terms by next week, while threatening to raise enrichment closer to weapons-grade levels on July 7 if Europe doesn’t offer it a new deal.

In Iraq, security measures were increased at one of the country’s largest air bases, which houses American trainers, a top Iraqi air force commander said Saturday. The U.S. military said operations at the base were going on as usual and there were currently no plans to evacuate personnel.

The stepped-up Iraqi security measures at Balad air base, just north of the capital of Baghdad, come amid the sharply rising tensions in the Middle East between the U.S. and Iran.

On Friday, Iran summoned Swiss Ambassador Markus Leitner to hear Iran’s protest over the alleged violation. Switzerland looks after U.S. interests in Iran. Tehran and Washington have had no diplomatic relations since 1979.

Iran said the U.S. drone was a “very dangerous provocation.”