I hope that you all had a great weekend.

Today in Naval History
June 10
1854
The first formal graduation exercises are held at the U.S. Naval Academy at Annapolis, Md. Previous classes graduated without a ceremony. Rear Adm. Thomas O. Selfridge and Rear Adm. Joseph N. Miller are two of the six graduates that year.
1944
USS Glennon (DD 620) capsizes and sinks that evening off the Normandy coast, killing 25 crew members, while USS Rich (DE 695), while rescuing USS Glennons crew, loses 90 crew members after striking two mines.
1896
Authorization is given for the first experimental ship model basin, which was under the supervision of Chief Constructor of the Navy, Capt. David W. Taylor. The basin, in Building 70 at the Washington Navy Yard, Washington, D.C., is used by the Navy to monitor new hull designs.
1944
USS Bangust (DE 739) sinks the Japanese submarine (RO 42), 70 miles northeast of Kwajalein, while USS Taylor (DD 468) sinks Japanese submarine RO 111, 210 miles north-northwest of Kavieng, New Ireland.
1945
USS Skate (SS 305) sinks Japanese submarine (I 122) in the Sea of Japan.
1952
USS Evansville (PF 70) is fired on by shore batteries in Songjin Harbor. She avoids damage by maneuvering while USS Endicott (DMS 35) and USS Thomason (DE 203) fire on and silence enemy guns.
1960
Helicopters from USS Yorktown (CVS 10) rescue 54 crewmen of British SS Shunlee, grounded on Pratus Reef in South China Sea.
1995
USS Firebolt (PC 10) is commissioned. The coastal patrol boat is the 10th of the Cyclone-class.
2006
USS Farragut (DDG 99) is commissioned at Mayport, Fla. The 49th Arleigh Burke-class destroyer is the fifth Navy ship named for Adm. David Farragut.
2017
Littoral Combat Ship USS Gabrielle Giffords (LCS 10) is commissioned in a ceremony attended by nearly 2,500 guests at Pier 21 at the Port of Galveston, Texas. The ship is named after former United States Rep. Gabrielle Giffords of Arizona's 8th district.
Thanks to CHINFO
Executive Summary:
•             Massive crowds, estimated at over 1 million people, took to the streets in Hong Kong Sunday to challenge to Beijing's extradition laws.
•             BALTOPS 2019 kicked off Friday led by the reestablished 2nd Fleet reports USNI News.
•             The Associated Press reported from aboard USS Abraham Lincoln as the carrier operates in the Arabian Sea amid heightened tensions between the U.S. and Iran.
•             The Wall Street Journal reports that the Pentagon outlined a plan to eject Turkey from the F-35 program if Ankara goes through with its planned purchase of the Russian S-400 anti-aircraft system.
This day in History June 10

1190 Frederick Barbarossa drowns in a river while leading an army of the Third Crusade.

1692 Bridget Bishop is hanged in Salem, Mass., for witchcraft.

1776 The Continental Congress appoints a committee to write a Declaration of Independence.

1801 Tripoli declares war on the U.S. for refusing to pay tribute.
1854 The U.S. Naval Academy in Annapolis, Maryland, holds its first graduation.
1861 Dorothea Dix is appointed superintendent of female nurses for the Union army.
1864 At the Battle of Brice's Crossroads in Mississippi, Confederate General Nathan Bedford Forrest defeats the numerically superior Union troops.
1898 U.S. Marines land in Cuba.
1905 Japan and Russia agree to peace talks brokered by President Theodore Roosevelt.
1909 An SOS signal is transmitted for the first time in an emergency when the Cunard liner SS Slavonia is wrecked off the Azores.
1916 Mecca, under control of the Turks, falls to the Arabs during the Great Arab Revolt.
1920 The Republican convention in Chicago endorses women's suffrage.
1924 The Italian socialist leader Giacomo Matteotti is kidnapped and assassinated by Fascists in Rome.
1925 Tennessee adopts a new biology text book denying the theory of evolution.
1940 The Norwegian army capitulates to the Germans.
1942 Germany razes the town of Lidice, Czechoslovakia and kills more than 1,300 citizens in retribution of the murder of Reinhard Heydrich.
1943 The Allies begin bombing Germany around the clock.
1944 The U.S. VII and V corps, advancing from Normandy's beaches, link up and begin moving inland.
1948 The news that the sound barrier has been broken is finally released to the public by the U.S. Air Force. Chuck Yeager, piloting the rocket airplane X-1, exceeded the speed of sound on October 14, 1947.
·         1963 Buddhist monk Ngo Quang Duc dies by self immolation in Saigon to protest persecution by the Diem government.
1970 A 15-man group of special forces troops begin training for Operation Kingpin, a POW rescue mission in North Vietnam.
1985 The Israeli army pulls out of Lebanon after 1,099 days of occupation.
1999 Serb forces begin their withdrawal from Kosovo after signing an agreement with the NATO powers.
NNNNNNNNNNNNNNNNNNNNNNNNNNNNNNNNNNNNNNNNNNNNNNNNNN
"This Day in Aviation History" brought to you by the Daedalians Airpower Blog Update. To subscribe to this weekly email, go to https://daedalians.org/airpower-blog/.
June 9, 1916
During an endurance flight over Santa Rosa Island off Pensacola, Florida, Lt. Richard C. Saufley crashed in an AH-9 from a height of about 700 feet, killing him. The aircraft had been in the air for 8 hours, 52 minutes. Investigators attributed the loss to a structural defect in the plane's tail surfaces. The destroyer Saufley (DD 465) and Saufley Field at NAS Pensacola were named in his honor. Saufley was Daedalian Founder Member #13307.
June 10, 1943
The Royal Air Force and the Army Air Forces launched the Combined Bomber Offensive against Germany. Eighth Air Force struck enemy industrial targets by day, while the Royal Air Force attacked enemy cities by night. The around-the-clock bombing was designed to cripple and then destroy the Germans' ability and will to continue the war.
June 11, 1943
After weeks of Allied bombings during Operation Corkscrew, the Italian garrison on Pantelleria Island surrenders without firing a shot. It was the first large defended area to fall to purely to air power.
June 12, 1923
Lt. j.g. Meinrad A. Schur set three world records for Class C seaplanes in a DT-2 torpedo bomber powered by a Liberty engine at San Diego, Calif.: a duration mark of 11 hours, 16 minutes, 59 seconds; distance mark of 792.25 miles; and speed of 70.49 mph for 1,000 km.
June 13, 1913
Lt. j.g. Patrick N. L. Bellinger set an American altitude record for seaplanes when he reached 6,200 feet in A-3 (later AH-3) over Annapolis, Maryland. Bellinger was Daedalian Founder Member #2101 and Naval Aviator No. 8. Bellinger, a member of the Class of 1907 at the U.S. Naval Academy at Annapolis, advanced to the rank of rear admiral by 1940, and was in command of Patrol Wing 2 based in Honolulu. He was the senior air officer present during the Japanese attack on Pearl Harbor and himself sent out the first radio alert: "Air raid. Pearl Harbor - this is no drill." He retired as a U.S. Navy vice admiral.
June 14, 1912
After training at the Army Air School in the Philippines, Cpl. Vernon Burge became the Army's first enlisted pilot. After 10 years as enlisted, Burge was commissioned during World War I and served the next 25 years as an officer. He is Daedalian Founder Member #345.
June 15, 1917
The U.S. Marine Corps bases aircraft at Marine Barracks, Quantico, Virginia, for the first time, beginning a presence which eventually will lead to the establishment of Marine Corps Air Station Quantico.
NNNNNNNNNNNNNNNNNNNNNNNNNNNNNNNNNNNNNNNNNNNNNNNN
COMMANDO HUNT and ROLLING THUNDER REMEMBERED… WEEK NINETEEN of THE HUNT… 17-23 MARCH 1969…
June 9, 2019   Bear Taylor 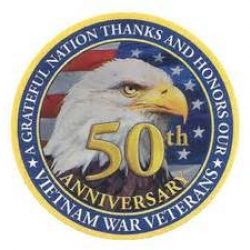 V.   HUMBLE HOST END NOTE… "THE UNWILLING OR UNABLE DOCTRINE"… holds that the use of force in self-defense against a non-state actor on the territory of a third State, without the consent of that third State, may be lawful under international law if the non-state actor has undertaken an armed attack against the State and the third State is itself unwilling or unable to address the threat posed by the non-state actor. The right of self-defense is solid international law. The extension of that right to justify the "unwilling or unable doctrine" remains a widely debated issue among the world's international law scholars. The American pursuit of Osama bin Laden into Pakistan is cited in these debates as a case in point. Legal or not? The American bombing of Cambodia is another. The New York Times ran an opinion piece in 2017 headlined "Was It Legal for the U.S. to Bomb Cambodia?"  The NYT editor's conclusion was: "Nixon said yes, and his decision has warped American foreign policy ever since." The piece by historian Brian Cuddy, a lecturer in Australia is at…
https://www.nytimes.com/2017/12/12/opinion/america-cambodia-bomb.html
Humble Host includes the lead and final two paragraph's for the record… BRIAN CUDDY wrote…
HIS OPENER… "Is it acceptable to engage an enemy on the territory of a third country? It's a question that has confronted Washington policymakers in recent years over ISIS forces in Syria and Qaeda operatives in Afghanistan and Pakistan. But in 1967, it was asked urgently over the use of Cambodian territory by Vietnamese communists. What Washington policymakers decided then, and the way they continued to address the question over the following years, has had a significant impact on the shape of American foreign policy ever since."…
………………
AND HIS CLOSER… "The legal significance of Nixon's action in Cambodia was more subtle, yet not inconsequential. A post-facto legal justification for the incursion was slow in coming, but on May 28 (1970), Nixon's State Department legal advisor laid out a novel extension to the right of self-defense, arguing that the incursion was justified because the Cambodian government could not or would not defend its neutral status and preventing Vietnamese communists from using its territory.
"Across a half-decade of earlier legal advice concerning Cambodia's role in the Vietnam War, lawyers in the Johnson administration do not appear to have acknowledged the existence of such a standard, now known as the 'unwilling or unable' doctrine. But since its articulation in 1970, the 'unwilling or unable' doctrine has played an increasing important role in justifying American interventions abroad. How American leaders grappled with the Cambodian problem during the Vietnam War has important implications for the use of military  force by the United States."…    End Cuddy clip….
For further reading Humble Host recommends a 34 page treatment of the subject posted by LAWFARE titled "Which States Support the 'Unwilling and Unable' Test?"… at
https://www.lawfareblog.com/which-states-support-unwilling-and-unable-test
Here endeth the "Vietnam War History Lesson of the Month"… there will be a question on the "unwilling or unable doctrine" on the final exam…
Lest we forget…     Bear