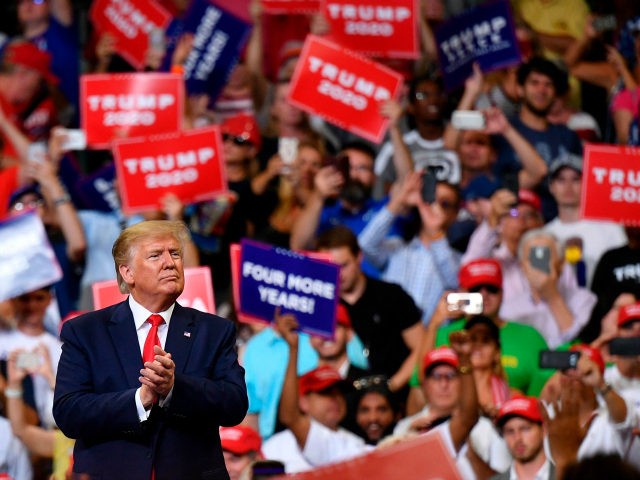 President Donald Trump has raised $36 million since announcing last week he would seek reelection, just ahead of the 2020 Democrat Primary debates.

A crowd of 225 attended and supported Trump’s joint fundraising committee at an event Tuesday at the Trump International Hotel in Washington, where the president raised approximately $6 million. Trump’s Tuesday night total fell just short of surpassing the $6.3 million that former Vice President Joe Biden raised on his first campaigning day for the Democrat presidential nomination.

Trump’s committee, called Trump Victory, raises and distributes money to both the Trump campaign and the Republican National Committee.

President Trump’s campaign and his joint fundraising groups have more than $40 million on hand, a stark contrast from Sanders, who has $22 million, the most cash on hand of all Democrat presidential candidates.

Certain political strategists have stated that Democrat candidates will be forced to turn to big donors to keep up with Trump’s fundraising efforts.

“They’ll try to avoid it at first. But when it comes to the presidency, you need every dollar. If they don’t, they’re doing themselves a disservice,” said Matt Gorman, former communications director for the National Republican Congressional Committee.