would attend the opening of an envelope at this point.

The crestfallen one-time media darling is now struggling to scrounge up even tens of voters willing to hear him speak.

He was in Tulsa, Oklahoma over the weekend to tour flood damage and speak to Democrat activists.

Judging by the video his campaign posted, there were about 20 people in the room. 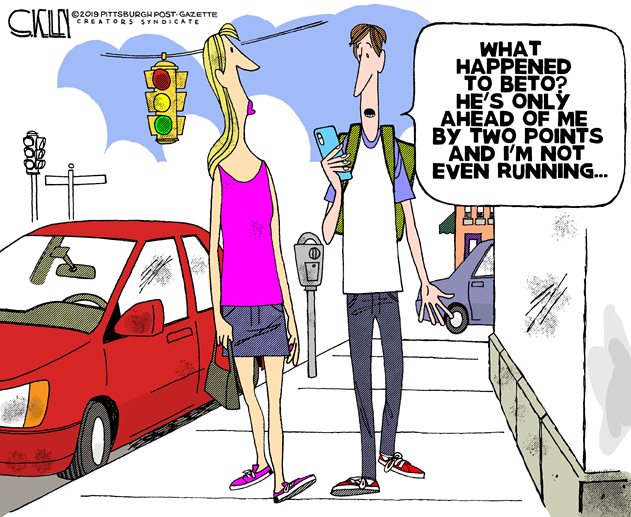 To Embarrassing To Show

O’Rourke defended abortion to a small group in a small room at the Tulsa County Democratic headquarters.
Presidential candidate Beto O’Rourke spent several hours visiting Tulsa County flood victims Sunday and then met with party regulars at the local Democratic headquarters.
The trip was part campaign swing, part fact-finding mission for O’Rourke, a former Texas congressman fighting for position in the teeming Democratic presidential pool.
Former Gov. David Walters served as escort for O’Rourke, but made it clear he wasn’t endorsing the flagging candidate.
Walters, a member of the Democratic National Committee and the party’s executive committee, said he was acting strictly as a host.
Asked if he had endorsed O’Rourke, Walters said, “No, but I love the guy. I think he’s one of our top-tier candidates.”
at June 04, 2019