A majority of Americans think abortion will still be legal in 30 years, but with some restrictions


"THEY FORGET THAT THEY WILL NOT

WHAT THEY WILL NEED IS A HEFTY FACE LIFT!

By Amanda Barroso
The recent passage of several highly restrictive abortion bills in Alabama, Georgia, Ohio and Missouri has led to increased speculation about the future of abortion access in the United States. When asked about the future of abortion last December – before these states acted – about three-in-four Americans said that, in 2050, abortion will either be legal but with some restrictions (55%) or legal with no restrictions (22%), a Pew Research Center survey found. 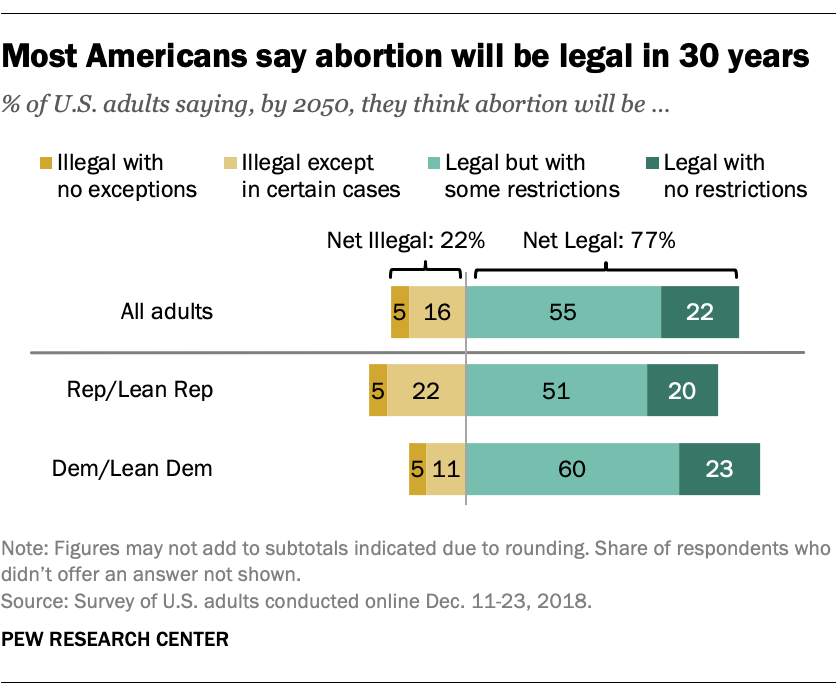 About one-in-five said abortion will be illegal 30 years from now, with 16% saying it will be illegal except in certain cases and 5% saying it will be illegal with no exceptions.
Some of the sponsors of the state anti-abortion measures see them as potential test cases that could bring the issue to the U.S. Supreme Court and lead to a reconsideration of Roe v. Wade, the landmark 1973 abortion decision.
Views about the future of abortion do not necessarily mirror Americans’ current beliefs about whether abortion should be legal or illegal. A separate, September 2018 survey by the Center found that a majority (58%) of the public said abortion should be legal in all or most cases, compared with 37% who said it should be illegal in all or most cases.
The issue of abortion has sharply divided the public for decades, especially along party lines. But predictions about the future of abortion laws are less polarized than views about whether abortion should or should not be legal. 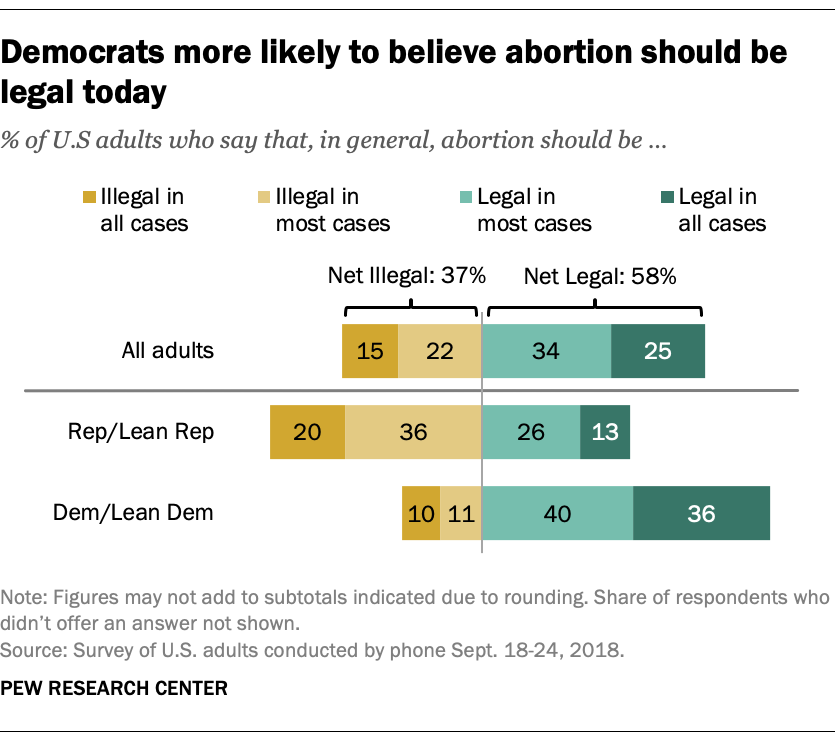