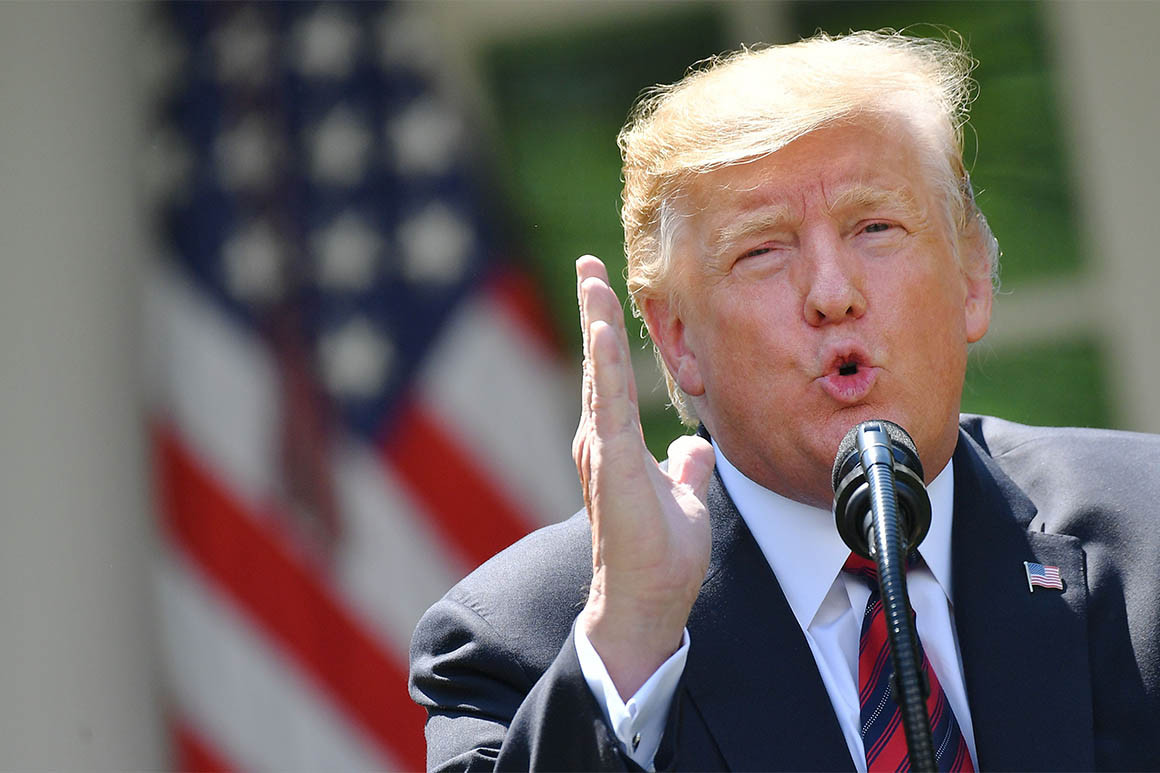 In a string of tweets Monday, the president pushed back on The New York Times' characterization of his relationship with the German lender Deutsche Bank. | Mandel Ngan/AFP/Getty Images

By CAITLIN OPRYSKO
05/20/2019 08:59 AM EDT
Updated 05/20/2019
11:50 AM EDT
President Donald Trump lashed out at The New York Times on Monday, disputing the paper’s reporting on his relationship with Deutsche Bank and launching into a broader criticism of the news media.

The president appeared to be responding to a Times report that anti-money laundering experts at the German bank noticed suspicious activity in accounts belonging to Trump and his son-in-law, Jared Kushner, in 2016 and 2017. According to the Times, bank executives blocked employees from reporting the suspect transactions to the U.S. Treasury and one former employee says she was fired for raising concerns about the bank’s scrutiny of certain clients.


In a string of tweets Monday, the president pushed back on the paper’s characterization of his relationship with the German lender, which has given Trump's and Kushner’s companies billions of dollars over the years, showing a willingness to work with Trump despite his rocky financial history in the 1980s and ’90s.

“The Failing New York Times (it will pass away when I leave office in 6 years), and others of the Fake News Media, keep writing phony stories about how I didn’t use many banks because they didn’t want to do business with me,” Trump wrote, kicking off a flurry of posts. “WRONG! It is because I didn’t need money. Very old fashioned, but true. When you don’t need or want money, you don’t need or want banks. Banks have always been available to me, they want to make money.”
at May 20, 2019