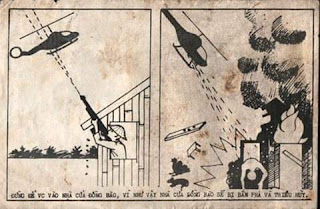 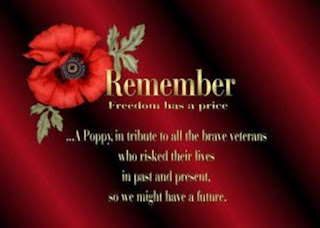 A bit of History and some tidbits
Today in Naval History
May 29
1781 During the American Revolution, the Continental frigate Alliance, under command of Capt. John Barry, battles HMS Atalanta and HMS Trepassy off Nova Scotia. After several broadsides by Alliance, the British ships surrender.
1844 The frigate Constitution, commanded by John Percival, sails from New York to depart on her 52,370 mile around-the-world cruise. Heading eastward, she visits places such as Brazil, Borneo, China, the Philippines, Hawaii, and Mexico before returning to Boston on September 27, 1846.
1863 During the Civil War, the side-wheel "double-ender" gunboat , USS Cimarron, commanded by Cmdr. Andrew J. Drake, captures the blockade-runner, Evening Star, off Wassaw Sound, Ga.
1944 USS Block Island (CVE 21) is torpedoed and is sunk by German submarine U 549. During this attack, USS Barr (DE 576) is also damaged. Block Island is the only U.S. carrier lost in the Atlantic during World War II. U-549 is later sunk that night by USS Eugene E. Elmore (DE-686) and USS Ahrens (DE 575).
1945 USS Sterlet (SS 392) sinks Japanese army cargo ships Kuretake Maru and Tenyro Maru despite the close proximity of the escort Coast Defense Ship No. 65.
1952 During the Korean War, USS Ozbourn (DD 846), USS Radford (DDE 446), and USS Heron (AMS 18), are engaged by enemy shore batteries and machine guns for two days off Wonson, Korea. Enemy batteries are silenced by counter-battery fire.
2004 USS Pinckney (DDG 91) is commissioned at Naval Construction Battalion Center Port Hueneme, Calif. The Arleigh Burke-class destroyer is named for Cook 1st Class William Pinckney, who received the Navy Cross for rescuing a fellow USS Enterprise (CV 6) crew member during the Battle of Santa Cruz Oct. 26, 1942.
Thanks to CHINFO
Executive Summary:
Reports on tornadoes touching down on consecutive days top national news headlines, as another tornado hit Lawrence, Kansas yesterday, injuring 11 people. Stars and Stripes reports that CNO Adm. Richardson stated the Navy will "continue to work" with the President on the catapult system being developed for USS Gerald R. Ford. "The technology for electromagnetic catapults is proven," Richardson said. "It went through some, you know – we had to invent it. It's working on [USS] Gerald R. Ford. We've launched a number of aircraft, so we'll continue to work closely on what's the best decision for the future." Ships from Carrier Strike Group Nine (CSG-9), along with U.S. Air Force, U.S. Army, and Marine Corps service members, concluded Exercise Northern Edge 2019 (NE19). "This is a very demanding operating area and not something we're used to," said Capt. David Fowler. "We, as a Navy, need to get acclimated to these regions and work in a joint environment to gain a better appreciation for what our sister services do and what they bring to the table." Additionally, CNN reports that Australian military helicopters were repeatedly targeted with commercial lasers during operations in the South China Sea this month.
Today in History May 29
NNNNNNNNNNNNNNNNNNNNNNNNNNNNNNNNNNNNNNNNNNNNNNNNN
From Decoration Day to Midway
by  W. Thomas Smith Jr.
This Week in American Military History:
May 30, 1868: "Decoration Day" – the predecessor to Memorial Day – is first observed by order of U.S. Army Gen. John A. Logan, who had decreed on May5: "The 30th day of May 1868, is designated for the purpose of strewing with flowers or otherwise decorating the graves of comrades who died in defense of their country during the late rebellion, and whose bodies now lie in almost every city, village, and hamlet church-yard in the land. In this observance no form of ceremony is prescribed, but posts and comrades will in their own way arrange such fitting services and testimonials of respect as circumstances may permit."  Maj. Gen. (future U.S. pres.) James A. Garfield presides over ceremonies at Arlington Cemetery (the former estate of Confederate Gen. Robert E. Lee), and approximately 5,000 participants decorate the graves of both Union and Confederate dead — about 20,000 of them — buried on the grounds.
June 1, 1864: The bloody battle of Cold Harbor opens in earnest between Union Army forces under the command of Lt. Gen. Ulysses S. Grant and Confederate forces under Gen. Robert E. Lee. Grant will launch a series of futile attacks over the next three days. Lee will defend and hold. Union losses will be staggering: 13,000 to the Confederacy's 2,500. In his memoirs, Grant will express regret for having attacked at Cold Harbor.
June 3, 1942: The great Naval battle of Midway opens between U.S. Naval and air forces under the command of Adm. Chester W. Nimitz and Japanese forces under Adm. Isoroku Yamamoto, who had hoped to lure the U.S. Pacific Fleet into a great air-sea battle and destroy it. Considered a turning point in the Pacific theater of operations, the Japanese fleet is intercepted near Midway atoll, engaged, and will be decisively defeated by Nimitz. The Americans will lose one carrier, USS Yorktown (the third of five U.S. Navy warships named in commemoration of the famous Battle of Yorktown), but four Japanese carriers will be sent to the bottom. According to the U.S. Naval Historical Center: [Midway] represents the strategic high water mark of Japan's Pacific Ocean war. Prior to this action, Japan possessed general naval superiority over the United States and could usually choose where and when to attack. After Midway, the two opposing fleets were essentially equals, and the United States soon took the offensive."
NNNNNNNNNNNNNNNNNNNNNNNNNNNNNNNNNNNNNNNNNNNNNNNN
Thanks to Kent on the Power plant story from Yesterday
I didnt do a lot of fact checking, it is an illusive subject............. but after I found that the US apparently has 86 plants (and not 15) and that only 600 were being built world wide (instead of china's 1151 plus all the others)....... I quit.   I am all for clean coal power, but I think this was an over zealous stretch perhaps with no references.

Mighty Thunder is proud to present this beautiful little poem by Mr. Alan Syler … to remember all those fallen warriors "lost at sea" and "body not recovered." No marker. To lie alone far from the hallowed ground of Arlington in the company of brothers-in-arms passed on. Alone in the deep. Forever. Not to be forgotten. Ever….