To All,
I hope that you all had a great weekend.
Regards,

Skip
This day in Naval History April 29, 2019
1814 American sloop USS Peacock and HMS Epervier engage in battle. Peacock takes two 32-pound shots in her fore-yard with the first exchange, but her return broadside smashes most of Eperviers rigging and guns. After 45 minutes, Epervier is captured. The battle is hailed as a tribute of American gunnery as Epervier has 45 shot holes in her port side.
1944 Task Force 58 begins a two-day attack on Japanese shipping, oil and ammunition dumps, aircraft facilities, and other installations at Truk following the support of the Hollandia landings in the Pacific.
1944 USS Pogy (SS 266) sinks the Japanese submarine I 183, 30 miles south of Ashizuri Saki, Japan.
1945 USS Comfort (AH 6) is hit by a kamikaze plane off Okinawa, which kills 28 persons (including six nurses), wounds48 others, and causes considerable damage.
1961 USS Kitty Hawk (CVA 63), an oil-fired aircraft carrier, is commissioned at Philadelphia Naval Shipyard.
1975 Commander Task Force 76 receives the order to execute Operation Frequent Wind (initially Talon Vise), the evacuation of U.S. personnel and Vietnamese who might suffer as a result of their past service to the allied effort.
2009 A destroyer formerly known as USS Conolly (DD 979) is sunk during the UNITAS Gold sinking exercise in the Atlantic Ocean.
Thanks to CHINFO
Executive Summary:
National headlines today include coverage on the deadly shooting at a Southern California synagogue on the last day of Passover, and Walt Disney Co.'s superhero epic "Avengers: Endgame" became the first movie to gross more than $1 billion in its debut at the world-wide box office. CBS's 60 Minutes reported on last year's Trident Juncture exercise as it detailed Norway's role as a key NATO ally in the face of increased Russian aggression. The San Diego Union-Tribune reported on the latest cadre of warfare tactics instructors that graduated at Naval Base Coronado on Friday. "We're taking the very best from our community and we're putting them through the 'Top Gun' school, giving them a higher level of training so that they can return to the fleet and train their peers," said Vice Adm. Richard A. Brown. Additionally, USS William P. Lawrence (DDG 110) and USS Stethem (DDG 63) transited the Taiwan Strait on Sunday reports Reuters.
Today in History: April 29
1289 Qalawun, the Sultan of Egypt, captures Tripoli.
1429 Joan of Arc leads French forces to victory over English at Orleans.
1624 Louis XIII appoints Cardinal Richelieu chief minister of the Royal Council of France.
1661 The Chinese Ming dynasty occupies Taiwan.
1672 King Louis XIV of France invades the Netherlands.
1813 Rubber is patented.
1852 The first edition of Peter Roget's Thesaurus is published.
1856 Yokut Indians repel a second attack by the 'Petticoat Rangers,' a band of civilian Indian fighters at Four Creeks, California.
1858 Austrian troops invade Piedmont.
1859 As the French army races to support them and the Austrian army mobilizes to oppose them, 150,000 Piedmontese troops invade Piedmontese territory.
1861 The Maryland House of Delegates votes against seceding from Union.
1862 Forts Philip and Jackson surrender to Admiral David Farragut outside New Orleans.
1913 Gideon Sundback of Hoboken patents the all-purpose zipper.
1916 Irish nationalists surrender to the British in Dublin.
1918 America's WWI Ace of Aces, Eddie Rickenbacker, scores his first victory with the help of Captain James Norman Hall.
1924 Open revolt breaks out in Santa Clara, Cuba.
1927 Construction of the Spirit of St. Louis is completed.
1930 The film All Quiet on the Western Front, based on Erich Maria Remarque's novel Im Western Nichts Neues, premiers.
1945 The Nazi concentration camp of Dachau is liberated by Allied troops.
1945 The German Army in Italy surrenders unconditionally to the Allies.
1946 Former Japanese leaders are indicted in Tokyo as war criminals.
1975 The U.S. embassy in Vietnam is evacuated as North Vietnamese forces fight their way into Saigon.
1983 Harold Washington is sworn in as Chicago's first black mayor.
1992 Four Los Angeles police offices are acquitted of charges stemming from the beating of Rodney King. Rioting ensues.
NNNNNNNNNNNNNNNNNNNNNNNNNNNNNNNNNNNNNNNNNNNNNNN
COMMANDO HUNT and ROLLING THUNDER REMEMBERED… WEEK THIRTEEN of the HUNT… 3-9 FEB 1969…
April 28, 2019Bear Taylor 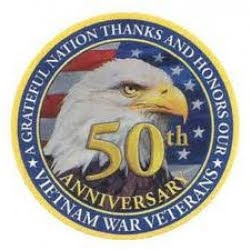