To All
A bit of history and some tidbits.
Regards,

Bryan, over to you.

So last week, we were told that the USS Abraham Lincoln (CVN 72) (and other Joint forces) was being re-routed from its activities in the Mediterranean Sea to proceed to the North Arabian Sea in response to "…heightened Iranian readiness to conduct offensive operations." I have no insight into what that heightened readiness amounts to, but presumably, senior national security decision-makers at the White House, the Department of Defense, and the Central Command determined that there would be utility in moving the carrier and its air wing several thousand miles closer to Iran. In so doing, two virtues of American Seapower much under scrutiny these days are placed front and center for renewed appreciation—forward presence and the large, nuclear-powered aircraft carrier. Let us begin with forward presence.

First, let us dispense with the notion that the re-deployment of the Abraham Lincoln is an example of "Dynamic Fleet Employment", unless we wish for this important new concept to come to mean "the way we've always done it". Dynamic Fleet Employment—perhaps the biggest and most useful idea to come out of the 2018 National Defense Strategy—suggests innovative and unpredictable force employment, such as was on display last autumn when the Harry S. Truman came back to Norfolk in mid-deployment (or at least what was the predictable deployment pattern) and then re-deployed (without notice) to proceed to the North Atlantic and operate where U.S. naval forces had not routinely sailed in decades.

The redeployment of Abraham Lincoln from the Mediterranean to the North Arabian Sea is neither innovative nor unpredictable. That so many have dipped into the "where are the carriers?" meme in response to these events is proof enough that what we are seeing is not only predictable, but routine. And what is it that has caused this question to be asked and answered over time with such repetition? Is it Dynamic Fleet Employment? No. It is forward presence.

Forward presence provides this country with a repeatable, predictable posture upon which both routine diplomacy and crisis response can rely. The very nature of this predictability contributes to both assurance of allies and deterrence of adversaries. This is not an argument against Dynamic Fleet Employment. Quite the contrary. It is, however, an argument against de-weighting routine forward presence while we chase a shinier operational penny hoping to offset insufficient resources applied to American Seapower. At some point, the virtue of already being there, or much of the way there, cannot be overstated. Can and should we make that presence more effective? Absolutely. But if this nation hopes to achieve the much talked about shift (in the National Security Strategy) from a conventional deterrence posture of punishment to one of denial, it is going to ride on the back of lethal, forward postured naval forces.

As for the large, nuclear-powered aircraft carrier, I find myself imagining its critics shaking their fists at the heavens over the newsworthiness of the (once again, routine) redeployment of CVN-72 from one theater to another. After all, if Presidents and Defense Secretaries and National Security Advisers keep reaching for this tool, the Valhalla of "cheaper and more numerous" (funded of course, from savings reaped from killing the CVN) remains outside our grasp. If only the President did not have the capability of a large, nuclear-powered aircraft carrier and its air wing to call upon, he or she would have to choose from a menu of other capabilities to signal his intent. Assuredly, these alternative measures would suffice.

Or would they? By way of comparison, let's start with the other elements of the Joint Force that are currently being applied to this problem, forward basing an Army air defense battery and an Air Force bomber task force. Presumably in the absence of a carrier, these tools would be considered. Which of them falls in on an existing logistics network? Which of them is not subject to host-nation veto? Which of them can redeploy to a new location 800 miles away in 24 hours, every day if need be? You know the answers, of course.

Now, let's move onto future naval capabilities that carrier critics claim are stymied by the Navy's Neolithic clinging to the obviously past-its-prime and oh-so-vulnerable carrier. Mostly, we hear about longer range and more energetic missiles, many of which advocates wish to employ from our submarine force. Putting aside the inconvenient point that in the ISR environment of the future, EVERYTHING is vulnerable, there is the whole notion of conventional deterrence to answer to. A potential ne'er-do-well, when considering an act of aggression, attempts to determine U.S. capability AND WILL prior to its act. If it believes its aggression would be successful and the reward would be worth whatever response it faces, it may move forward.

How would the Navy contribute to the demonstration of will, if the methods of doing so rely on either the most difficult to detect platforms in the nation's military arsenal (submarines) or platforms so small that they cannot self-deploy into the theater? If any part of the answer to the second part involves land basing, then the whole question of vulnerability rises again. And if we wish to submerge our conventional deterrent (to go along with our strategic), we will have to deal with the consequences of injecting uncertainty into the mind of the adversary and the loss of certainty. Not that injecting uncertainty (in the form of not knowing where the deterrent is or whether it is in range to accomplish its mission) is in and of itself, a bad thing. It becomes a bad thing when the cost is the greater sense of certainty that being there with visible power provides. An effective conventional deterrent combines both.

If our Navy's only role were combat operations, and all we wished for it to do was to punish aggressors, a Navy of 150 attack submarines and long-range energetic missiles lobbed from sanctuary would be a reasonable option. But that's not what navies do, and it is certainly not what the U.S. Navy should do. We must be able to walk and chew gum, and that means that we understand that when the shooting starts, low-signature platforms and high energy missiles will be of great importance. We must further understand that when the shooting starts, the aircraft carrier will likely be the primary method of delivering tactical aviation for such pursuits as strike, ISR, and sea control, and if we believe these missions to be important in future warfare, we need to recognize that doing them from land will be problematic.

Finally, we must realize that unlike any other aspect of American military power, Seapower plays an outsized role in both peace and war, and both forward naval presence and the large, nuclear-powered aircraft carrier are essential to this role. Walking away from either in the unwise pursuit of capability or capacity that only is brought to bear after the shooting starts is a sure-fire path to the start of shooting. 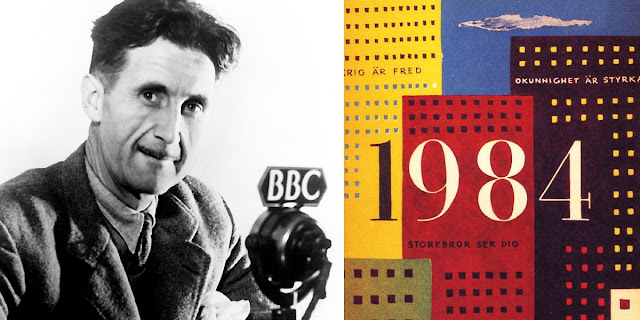