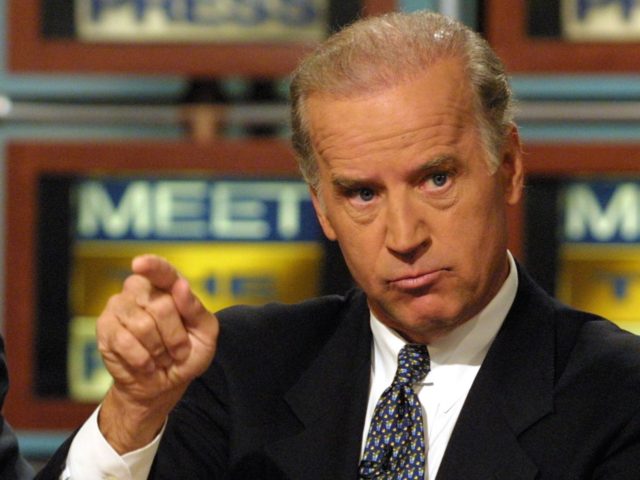 In a half-century in Washington — spanning 36 years in the Senate and eight in the Obama administration — Biden has flip-flopped on most major issues. On other issues, his former positions are no longer viable within the Democratic Party.

1. Abortion: Biden used to pride himself on a “middle of the road” approach, supporting the pro-choice movement but maintaining that Roe v. Wade went too far. He also supported the Hyde amendment, which prevents federal funding for abortion, and voted to ban partial-birth abortions. He even voted to allow states to overturn Roe. Recently, however, Biden reversed his position on the Hyde amendment, and condemned efforts by states like Alabama to overturn Roe.

2. Iraq War: Biden voted against the Gulf War in 1991, but voted in favor of the Iraq War in 2002. Like Hillary Clinton and John Kerry, Biden regretted that vote later. Rather than backing a U.S. troop “surge” — which ultimately worked — Biden’s proposed alternative for Iraq was to partition the country into separate religious enclaves.

3. Immigration: As recently as 2006, Biden told Chris Matthews on MSNBC’s Hardball that the U.S. should not grant “amnesty” to illegal aliens in the country, and that aspiring immigrants ought to be required to learn English. He also voted for a border fence — and told voters that he was proud of it. All of these positions are now broadly described as “racist” by Democrats, and Biden has revised his positions on amnesty (it is unclear where he stands on a border wall).

4. Women: Biden has taken criticism from Anita Hill and other women about how he treated her during the 1991 confirmation hearings for Supreme Court Justice Clarence Thomas. Though he said privately at the time that he believed she was lying, he has now tried to make amends. Biden is also trying to change a pattern of behavior in which he touched, kissed, or sniffed women at public events — unacceptable conduct in the post-#MeToo era.

5. Desegregation: Early in his Senate career, Biden opposed “busing” to integrate schools. Biden also worked closely with Senators who opposed civil rights and delivered a eulogy for former segregationist Strom Thurmond. His initial comments on Barack Obama’s campaign were tinged with racial condescension. Later, as vice president, he warned black voters Republicans would “put y’all back in chains.” Now he is running as a uniter, casting Trump as a racist.

6. Guns. In 1986, Biden voted with the National Rifle Association (NRA) on a bill called the “Firearms Owners’ Protection Act (FOPA),” which the Second Amendment lobby calls “the law that saved gun rights” because it rolled back onerous regulations. As NBC News notes, Biden was key to the law’s passage. In the 1990s, however, Biden began backing aggressive gun control laws. (He still offers bizarre advice on the use of shotguns for self-defense).
7. Drugs: As Politico noted recently, Biden was one of the leaders of the war on drugs — which he now says went too far. His policies on crack led to racial disparities in sentencing; other legislation he pushed has made it harder to treat opioid addiction, or to report overdoses. The Free Beacon notes that Biden used to call marijuana a “gateway drug,” but shifted suddenly toward backing “decriminalization” — just days before a fundraiser with a pro-legalization donor.

8. Gay marriage: In 1996, Biden voted for the Defense of Marriage Act, which prohibited federal recognition of same-sex marriages. Later in 2012, he shifted positions, in effect forcing President Obama to do the same (though many suspected Obama already backed same-sex marriage despite his public opposition and support for a traditional Christian view.) Biden now says that the movement for transgender rights is the “civil rights issue of our time.”

And here are issues on which Biden’s views are too moderate for his party:

1. Coal: Biden told voters in West Virginia in 2008 that he and then-Sen. Barack Obama (D-IL) were in favor of “clean coal.” That was before the election, and before President Obama began taking regulatory steps designed to put the coal industry out of business. Most of the Democratic presidential candidates embrace the “Green New Deal,” which calls for removing coal — “clean” or otherwise” — and other fossil fuels from the American economy within 12 years.

2. Entitlement reform: Biden once proposed freezing or cutting entitlements like Medicare and Social Security. As recently as 2018, he supported means testing for Social Security. Democrats routinely run “Mediscare” campaigns against Republicans who propose even mild reforms to the nation’s entitlements, and the party’s young “progressives” — who now drive its policy agenda — question whether the federal government needs to balance its budget at all.

3. Trade: Biden was a staunch supporter of free trade agreements throughout his career. As Politico noted recently: “In the Senate, Biden voted for the North American Free Trade Agreement [NAFTA] and permanent normal trade relations with China. As then-President Barack Obama’s No. 2, he supported the Trans-Pacific Partnership [TPP].” The article also pointed out that Biden rarely mentions trade, and that his Democratic rivals are “itching” to attack his record on it.

Joel B. Pollak is Senior Editor-at-Large at Breitbart News. He is a winner of the 2018 Robert Novak Journalism Alumni Fellowship. He is also the co-author of
How Trump Won: The Inside Story of a Revolution, which is available from Regnery.
Follow him on Twitter at
@joelpollak.