GLOVES OFF: President Trump Blasts Joe Biden, Says Obama ‘Took Him Off the Trash Heap’ in 2008 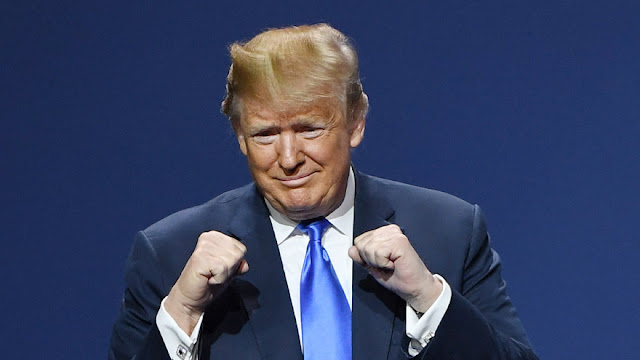 posted by Hannity Staff - 45 mins ago


President Trump unloaded on former Vice President and Democratic frontrunner Joe Biden Monday; saying Barack Obama “took him off the trash heap” during the 2008 race for the White House.

“Looks like Bernie Sanders is history. Sleepy Joe Biden is pulling ahead and think about it, I’m only here because of Sleepy Joe and the man who took him off the 1% trash heap, President O! China wants Sleepy Joe BADLY!” tweeted Trump.

“Trump’s tweet seemed to be a reference to Biden’s poor performance in the 2008 Democratic primaries. Biden consistently polled in the low single digits in that race and dropped out after garnering just 1 percent in the Iowa caucuses. Obama later tapped him to be his running mate,” reports Fox News.

“I look at Joe, I don’t know about him,” Trump told reporters last week. “I would never say anyone’s too old. I know they’re all making me look very young both in terms of age and in terms of energy.”

The President will visit Pennsylvania Monday; speaking with supporters in the central part of the pivotal battleground state.

“Like iron filings to a magnet, both will be drawn in the coming days to Pennsylvania, which was key to Trump’s victory in 2016 and would be central to almost any scenario for a Democratic victory in the 2020 presidential campaign,” reports the Los Angeles Times.

“Their trips — Biden on Saturday, Trump on Monday — elevate an emerging rivalry that has them locked in a wrestler’s grip long before Democrats even choose a nominee,” adds the article.

The President will speak with supporters at a rally in the central part of Pennsylvania, with Biden holding an event in the Democratic-stronghold of Philadelphia.

“If I’m going to be able to beat Donald Trump in 2020, it’s going to happen here,” said Biden in Pennsylvania shortly after announcing his run for the White House.
at May 20, 2019