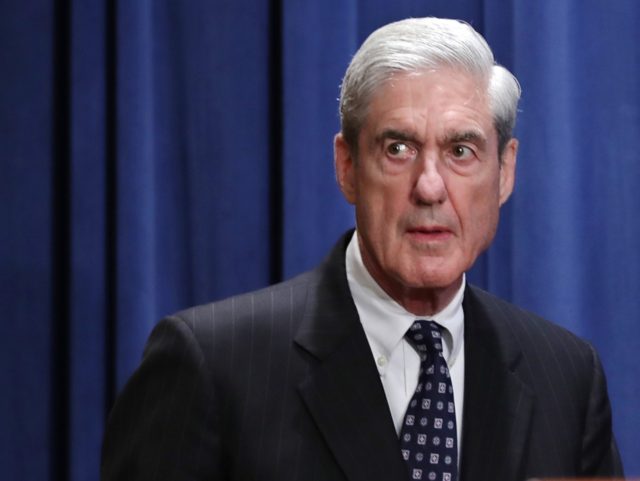 President Donald Trump described Special Counsel Robert Mueller as a ‘Never Trump’ Republican on Thursday, after the special counsel’s statement on the investigation.

“I think he is a total conflicted person. I think Mueller is a true Never Trumper, he is somebody that dislikes Donald Trump,” Trump said.

The president commented on Mueller’s statement as he left the White House for the Air Force Commencement ceremony.

“He loves Comey, you look at the relationship … it was love or a deep like but he was conflicted,” Trump said, arguing that Mueller never should have been chosen as the special counsel after he wanted the FBI director job and had a
business dispute
with Trump before taking the job.

Trump asked why Mueller never examined the origin of the investigation and the characters that used the phony dossier to spy on his campaign.

He described the Mueller investigation as biased, citing the number of Hillary Clinton supporters on the team that were “haters” and “some of the worst human beings on earth.”

“They got nothing,” Trump said. “It’s pretty amazing.”

The president said he would work to expose the origins of the investigation, describing the law enforcement officials involved as corrupt.

“It’s a very sad period for this country,” he said. “I think in the end I will consider what’s happening now to be one of my greatest achievements, exposing this corruption.”
at May 30, 2019