SNOGGING cows – “with or without tongues” – is all the rage in Austria, endangering the animals and those smooching them, warn officials.

The disturbing trend has been promoted by Swiss app Castl, which launched its bizarre Cow Kiss Challenge to raise money for charity. 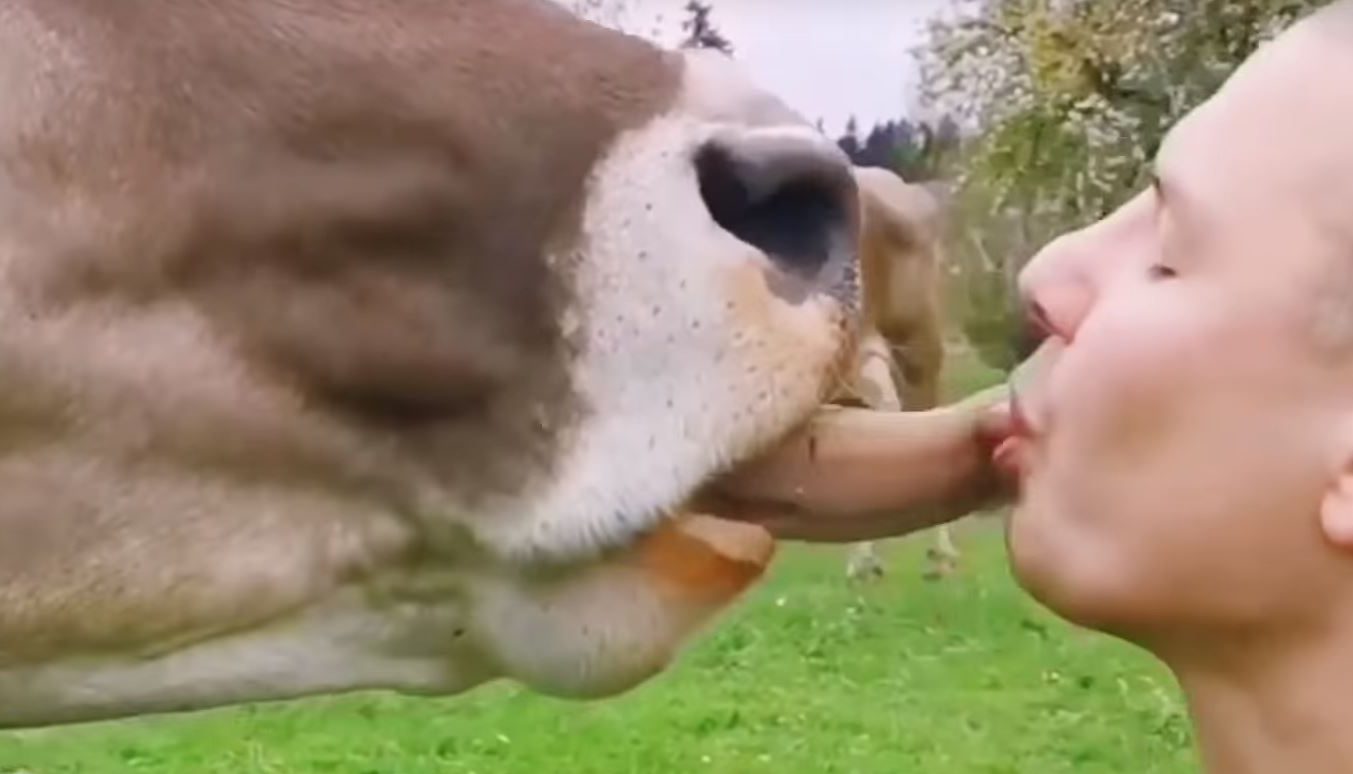 youtube.com.castl.rocks
No-one's tongue-tied here, as a person is shown  taking part in the
bizarre cow-kissing challenge 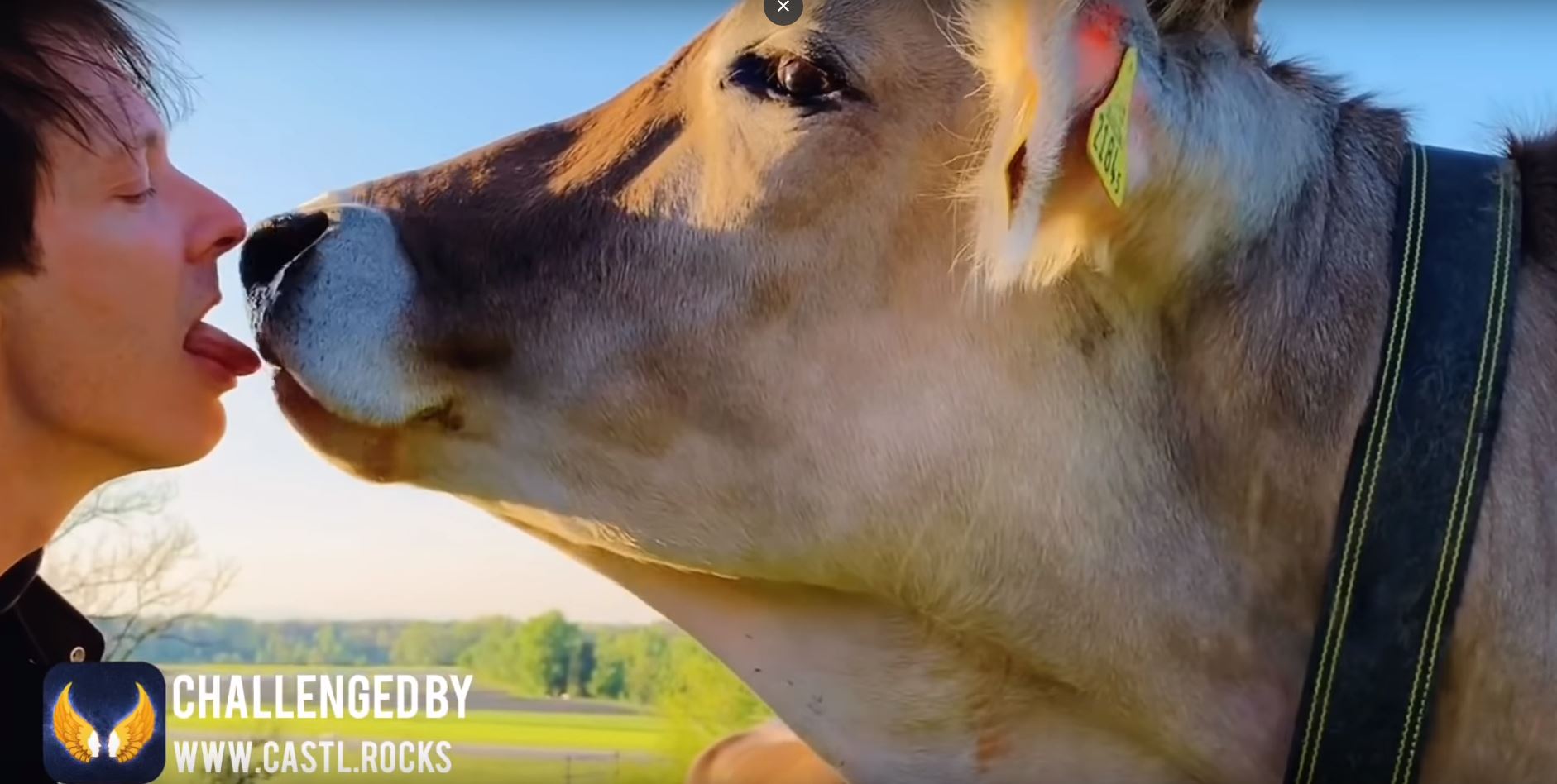 Youtube.com/castl.rocks
7 Tongues at the ready, another disturbing snog is shown above

YouTube/castl.rocksThis person has even brought a bunch of flowers for the occasion

But the practice has been slammed, with politicians and farming officials saying that it's creating a nuisance and could lead to people getting trampled to death by upset cows, particularly those with calves.

Castl has been encouraging people in Switzerland, Germany and Austria to kiss cows for a good cause since launching its “KuhKussChallenge” on Wednesday, "with or without tongues".

As a result people have been filmed wandering onto paddocks, approaching cows, before puckering up and smooching the confused animals.

He added: “These animals must not be encountered in any way.

“Attacking unknown animals is irresponsible – for self-protection and animal welfare.”
"RETHINK THIS PROJECT"

Tyrolean Chamber of Agriculture president Josef Hechenberger told Kurier: “The fact that our animals should be used for social media hype, I think, is very questionable, especially with regard to possible injuries.”

He advised hikers to avoid the weird trend and urged those pushing it to “rethink this project”.

Elisabeth Kostinger, the Austrian agricultural minister, said on Twitter: “Actions like these are dangerous nonsense. I have not the slightest understanding for a challenge of this kind!"

She warned that the practice “has led to serious accidents in the past”.

The politician said in a statement that while cows “are basically not dangerous animals, pastures are not a petting zoo [and] actions such as these can have serious consequences.

“Mother cows protect their calves and become aggressive if you do not behave properly.”

In February this year, a court in Austria ruled that a farmer had to pay damages to the family of a German woman killed by one of his cows while hiking in 2014.