You better believe Mick Jagger will be back with swagger 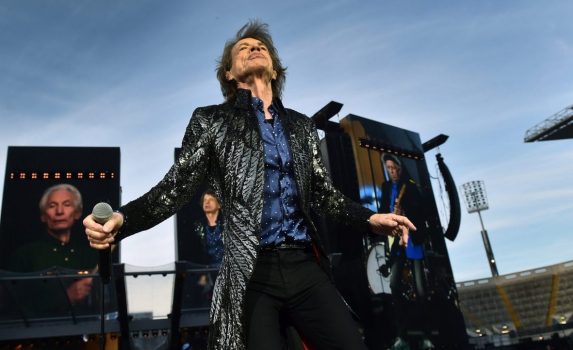 Mick Jagger of The Rolling Stones performs live on stage on the opening night of the european leg of their No Filter tour at Croke Park on May 17, 2018 in Dublin, Ireland. (Photo by Charles McQuillan/Getty Images)

The Rolling Stones have postponed the North American leg of their No Filter tour, which ran from April 20 to July 29. Yes, this includes a planned June 8 headlining show at Gillette Stadium. No, Keith Richards isn’t dead.

Jagger, who is 75, will reportedly undergo heart surgery to replace a valve as soon as Friday, but is expected to make a complete recovery and the band plans to announce make up dates when possible. “I really hate letting you down like this,” Jagger said in a statement. “I’m devastated for having to postpone the tour but I will be working very hard to be back on stage as soon as I can.”

I take him at his word.

The kids who cut their teeth imitating Chuck Berry and in the ’60s have continued rockin’ straight into 2019. The Who is set to play Fenway Park in September. Next week Mott the Hoople plays the Orpheum Theater for first time since the ’70s (and frontman Ian Hunter is 79). This past Sunday, Stevie Nicks’ raw and brilliant vocals lead Fleetwood Mac through two solid hours at a packed TD Garden.

My money is on Jagger to outlive them all, and still be a “Street Fighting Man.”

Sure, Mick’s shtick is largely based on sex appeal, which is hard sell these days. But at his last TD Garden party the impossibly skinny frontman — dressed in painted-on black jeans and Liberace’s dinner jacket — cock-a-doodle-dooed across the stage like a little red rooster. He wagged his fingers for “It’s Only Rock ‘n’ Roll,” pouted his lips for “Midnight Rambler,” and his voice held out for hours.

OK, we have to be realistic about our idols dying. In the last few years we have lost inventors and innovators from Aretha Franklin to David Bowie, Tom Petty to Dick Dale. After perfecting a life of excess, the Stones, who range from in age from 71 to 77, have an expiration date. But if you stent Mick up, he’ll never stop! And by never, I mean I fully expect a 60th anniversary tour in 2023.
at April 02, 2019