Trump struggles with a growing problem on the border 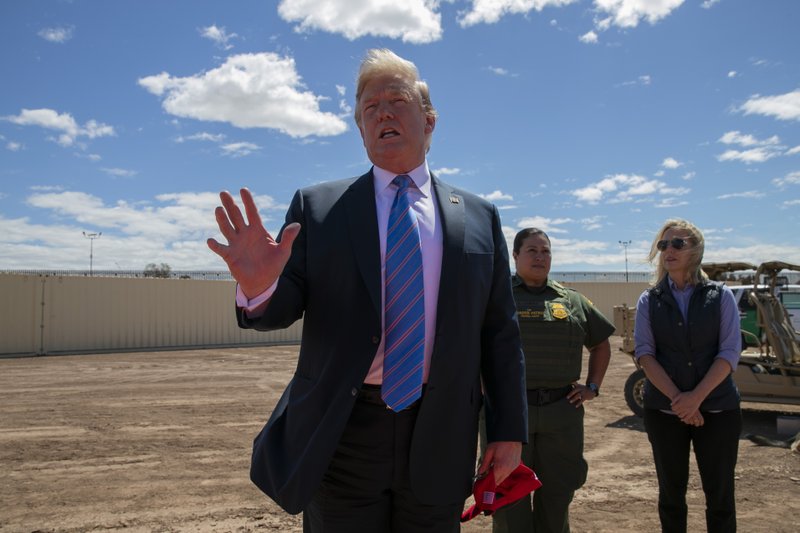 WASHINGTON (AP) — Tensions are rising, fingers are pointing and the search for solutions is becoming increasingly fraught.

Overwhelmed by an influx of migrants at the U.S.-Mexico border that is taxing the immigration system, President Donald Trump is grasping for something — anything — to stem the tide.

Trump, who campaigned on a promise to secure the border, has thrown virtually every option his aides have been able to think of at the problem, to little avail. He has sent out the military, signed an emergency declaration to fund a border wall and threatened to completely seal the southern border.


On Thursday he added a new threat, warning of hefty tariffs on cars made in Mexico if the country doesn’t abide by his demands.

Now, with the encouragement of an influential aide and with his re-election campaign on the horizon, Trump is looking at personnel changes as he tries to shift blame elsewhere.

The first move was made Thursday, when the White House unexpectedly pulled back the nomination of Ron Vitiello to permanently lead U.S. Immigration and Customs Enforcement, where he had been acting director. The abrupt reversal was encouraged by top Trump policy adviser Stephen Miller and seen by some as part of a larger effort to bring on aides who share Miller’s hard-line immigration views. 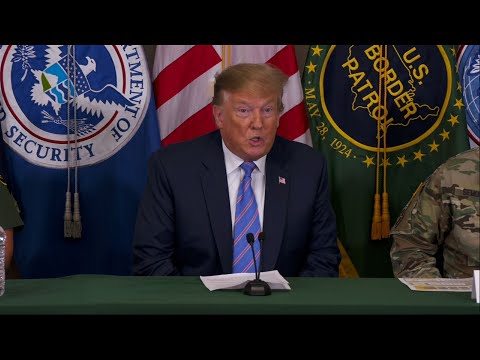 “We may go a different way. We may have to go a very tough way,” Trump said in an interview with “Fox & Friends Weekend” that aired Saturday.

An empowered Miller is also eyeing the removal of Lee Francis Cissna, director of U.S. Citizenship and Immigration Services, which runs the legal immigration system, according to two people who spoke on condition of anonymity because they were not authorized to discuss internal staffing matters. The White House did not respond to questions Friday about whether Trump was on board with that plan.

Trump has become increasingly exasperated at his inability to do more to halt the swelling numbers of migrants entering the country. Aides, too, have complained they are stymied by regulatory guardrails, legal limitations and a Congress that has scoffed at the president’s requests for legislative changes.

“There is indeed an emergency on our southern border,” Trump said Friday during a visit to the southern border in Calexico, California, where his frustration was evident. “It’s a colossal surge and it’s overwhelming our immigration system, and we can’t let that happen. So, as I say, and this is our new statement: The system is full. Can’t take you anymore.”

He went on to flatly declare: “Our country is full.”


Immigration experts say Trump’s own immigration policies have caused so much chaos along the border that they may be encouraging illegal crossings. The furor over family separations last summer helped to highlight the fact that families won’t be detained for long in the U.S. if they’re detained at all. And metering, in which people are asked to return to a busy port of entry on another day to seek asylum, may have encouraged asylum-seekers to cross illegally, said Andrew Selee, president of the Migration Policy Institute, a nonpartisan think tank.

“This policy chaos, coupled with a sense that the U.S. government may at some point really shut down the border, has generated an urgency to migrate now while it is still possible,” he said.

Whatever the reasons for the migrant surge, there is a growing consensus that federal border resources are overwhelmed. While illegal border crossings are still down sharply from their peak in 2000, they have nonetheless reached a 12-year high. While most illegal border-crossers used to be single Mexican nationals coming to the U.S. in search of work, more than half are now parents and children who have traveled from Central America to seek refuge in the U.S.

Those families, along with unaccompanied children, are subject to specific laws and court settlements that prevent them from being immediately sent back to their home countries. Immigrant processing and holding centers have been overwhelmed, forcing officials to dramatically expand a practice Trump has long mocked as “catch and release.”

Indeed, ICE has set free more than 125,000 people who came into the U.S. as families since late last year and is now busing people hundreds of miles inland, releasing them at Greyhound stations and churches in cities like Albuquerque, San Antonio and Phoenix because towns close to the border already have more than they can handle.

Homeland Security Secretary Kirstjen Nielsen also has voiced increasing exasperation, equating the situation to the aftermath of a Category 5 hurricane.

“We have tried everything that we can at DHS,” she said Thursday on CNN. “We are out of the ability to manage this flow and they need help.”

She recently called on Congress to consider changes to the immigration system. But those efforts have so far landed with a thud.

House Democrats would almost certainly reject any plans to simply deport unaccompanied minors or otherwise rewrite the law governing asylum or family detentions that they see as protecting young migrants who are often fleeing difficult conditions. In the Senate, where Republicans have the majority, there’s little interest in big legislative proposals this year, especially on a divisive issue like immigration. Trump’s ideas could be especially tough for senators facing re-election in 2020 in Colorado, Arizona and North Carolina, swing states with sizable Latino and immigrant populations.

In the meantime, tensions between agencies and at the White House have been bubbling up. At Homeland Security, officials have expressed frustration with colleagues at the Health and Human Services Department and at the Pentagon, accusing them of doing too little to help. And there are complaints about the White House and what some see as an effort by Miller to dismantle the leadership of the department, in part to shift the blame away from the White House.
at April 08, 2019