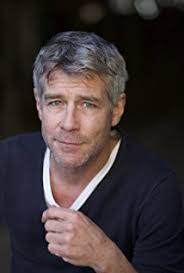 Williams failed a sobriety test.
By Elisha Fieldstadt
"Trivago" pitchman Timothy Williams was arrested for driving while intoxicated Wednesday after he was found passed out behind the wheel of his car in the middle of a Houston road.
The Houston Police Department got a call about a passed out driver in the 8800 block of Westheimer Road in Houston's Westside at about 3:15 p.m. Wednesday, said department spokesman Victor Senties.
"He was found passed out in his vehicle in a moving lane of traffic," Senties said.
Williams was given a sobriety test, which he failed, said Senties. He was arrested on a DWI charge and is being held at Harris County's Joint Processing Center.
Williams has worked as the "Trivago Guy" for the Germany-based travel booking site for years, and has also appeared in multiple movies and television shows, including "Law & Order" and "The Sopranos."
It's unclear if Williams has a lawyer. Trivago did not immediately respond to a request for comment.
at April 15, 2019