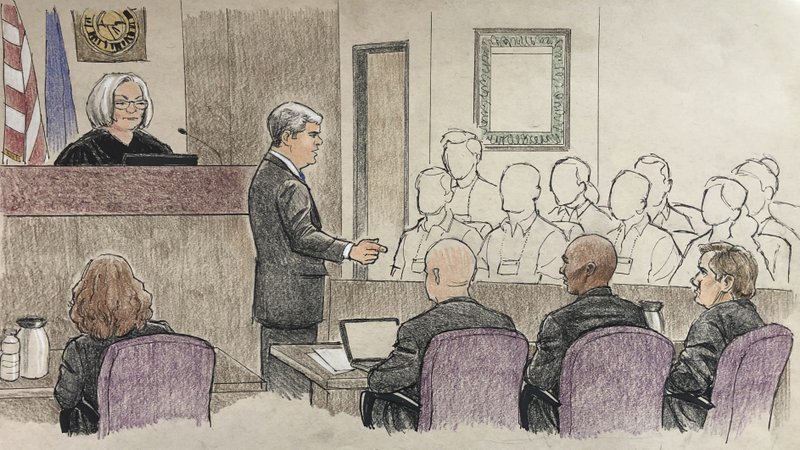 MINNEAPOLIS (AP) — A woman who was shot by a Minneapolis police officer responding to her 911 call about a possible sexual assault near her home lost so much blood from her single wound that she might not have been saved even if she had gotten quicker medical help, a medical examiner testified Wednesday.
Justine Ruszczyk Damond was hit in the iliac artery, a key artery in the abdomen, by the single shot from Mohamed Noor, now on trial on murder and manslaughter charges in the July 2017 death of the dual citizen of the U.S. and Australia.
Hennepin County assistant medical examiner Lorren Jackson said 1.6 liters of blood were found in Damond’s abdominal cavity. Noor and his partner tried unsuccessfully to resuscitate Damond right after the shooting.
“With that kind of blood loss, even very quick help might not be enough,” Jackson testified.
Noor shot Damond in an alley behind her home in July 2017 when Damond — unarmed, barefoot and wearing pajamas — approached the police SUV where he and his partner were seated. Noor’s attorneys say he was protecting his partner and himself from what he perceived to be a possible ambush.
Attorneys for Noor, who was fired after being charged and has never talked to investigators about what happened, argued during opening statements Monday that he used reasonable force to defend himself and his partner from a perceived threat. Noor’s partner that night, Matthew Harrity, told investigators he heard a thump right before the shooting that startled him. 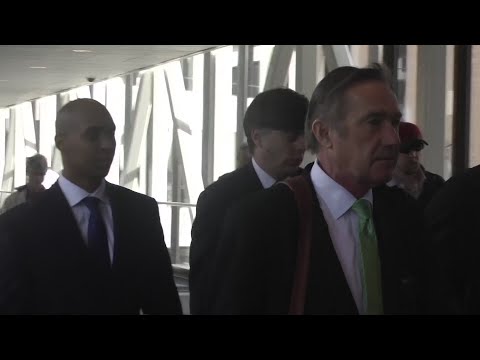 But prosecutors say there is no evidence he faced a threat that justified deadly force.
Tuesday’s testimony included the display of the pajamas Damond was wearing. Prosecutor Patrick Lofton displayed her pink T-shirt — stained with blood and cut by emergency workers rendering aid.
Prosecutors’ plans to introduce body camera video showing the aftermath of the shooting were stalled when Plunkett moved to exclude the footage, arguing it would be prejudicial to his client. The footage doesn’t capture the shooting itself because officers turned them on only afterward. It shows the officers’ attempts to save Damond.
Judge Kathryn Quaintance agreed to hold off on the footage until she has time to review case law.
Damond, 40, was a life coach who was engaged to be married the month after her death. Noor, 33, is a Somali American whose arrival on the force just a couple of years earlier had been trumpeted by city leaders working to diversify the police force.
at April 10, 2019