White House Press Secretary Sarah Sanders said in a statement that Alles 'has done a great job at the agency over the last two years, and the President is thankful for his over 40 years of service to the country.'

'Mr. Alles will be leaving shortly and President Trump has selected James M. Murray, a career member of the USSS, to take over as director beginning in May.'

The change at Secret Service comes on the heels of an embarrassing episode at Trump's private Mar-a-Lago resort club in Palm Beach, Florida, involving a Chinese national on a club guest list who was arrested with devices bearing computer malware. Secret Service punted responsibility to Mar-a-Lago's private security detail.

Shoving Alles overboard and driving the others out indicates the growing authority of Trump adviser Stephen Miller, the 33-year-old former staffer to then-Sen. Jeff Sessions. Alles, Cissna, Grady and Mitnick were on a list of officials Miller targeted for removal as 'too soft,' accoding to a White House official. 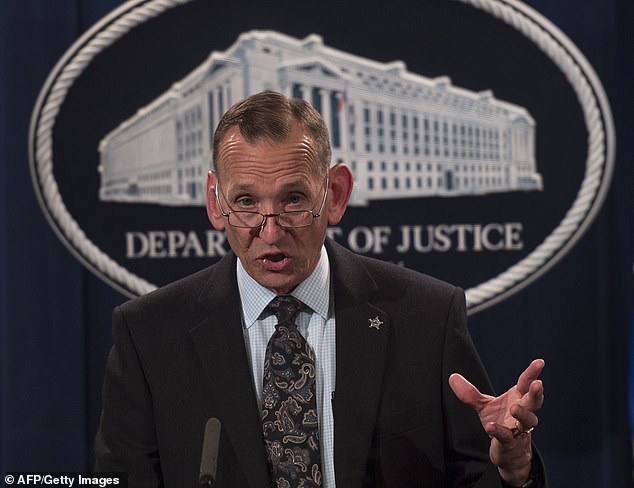 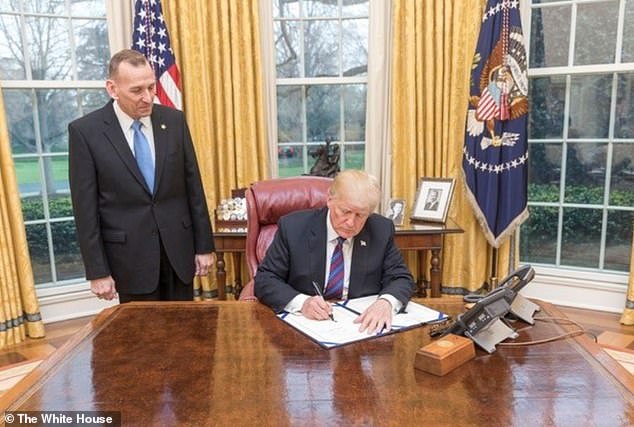 Alles is pictured in the Oval Office with the president in April 2018; he fired Alles less than a day afte rdhowing Homeland Security Secretary Kirstjen Nielsen out the door 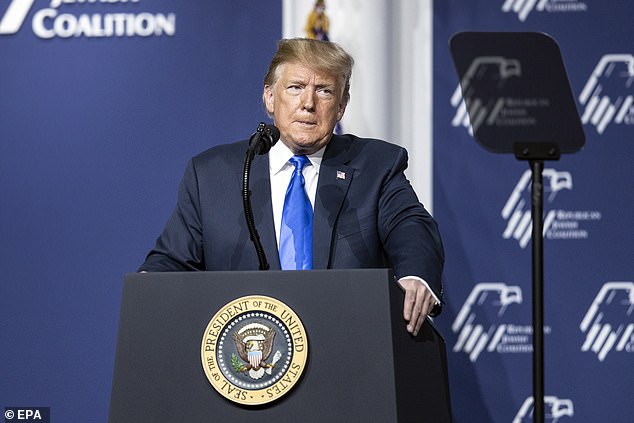 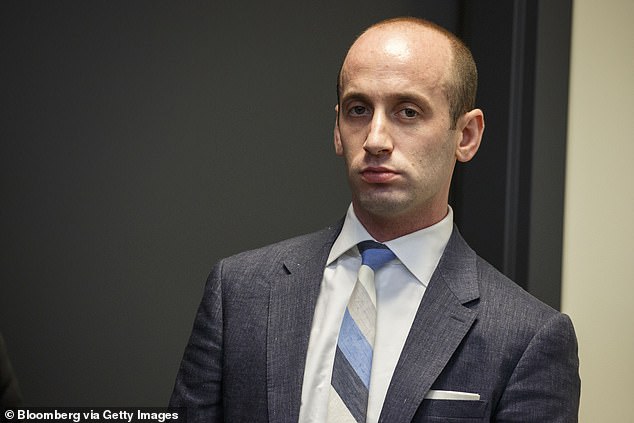 The twin killings of Nielsen adn Alles indicate the strong hand of 33-year-old Trump aide Stephen Miller, a former aide to then-Senator Jeff Sessions who has become the driving force behind the administration's immigration policy

A White House source with knowledge of the West Wing's goings on in the past week told DailyMail.com on Monday that Miller had advocated internally for Nielsen's firing, and for Alles to follow her out the door.

Miller is known as a sharp-tongued promoter of hawkish immigration policies that Democrats have complained push the boundaries of federal law and too often challenge court precedents.

Trump fired Nielsen in a tweet on Sunday shortly after meeting with her in the White House residence and hearing her plan for bringing U.S. immigration in line with legal limitations.

Secret Service agents arrested Yujing Zhang, a Chinese woman, last week when she tried to enter Mar-a-Lago with two Chinese passports, a thumb drive with malware on it, four cellphones, a laptop and a hard drive.

Trump said at the time that he was 'not concerned at all' about the potential breach by Zhang, who posed for a picture with him at his Super Bowl party this year.


'Secret Service is fantastic. These are fantastic people. And the end result is it was good,' Trump said last Wednesday.

'The result is they were able to get her and she's now suffering the consequences of whatever it is she had in mind but I would say I could not be happier with Secret Service. Secret Service has done a fantastic job from day one. Very happy with them.'

A senior White House official said Monday that the Secret Service shift had been in the works for two weeks and was unrelated to the Mar-a-Lago incident.

Asked if Alles' firing was connected to Nielsen's or part of a broader Homeland Security Department housecleaning, another official said: 'Not that I'm aware of.'

White House Deputy Press Secretary Hogan Gidley said earlier on Monday that with an influx of illegal immigrants pouring into the U.S. from the south, 'tt's time to do things a little differently.' 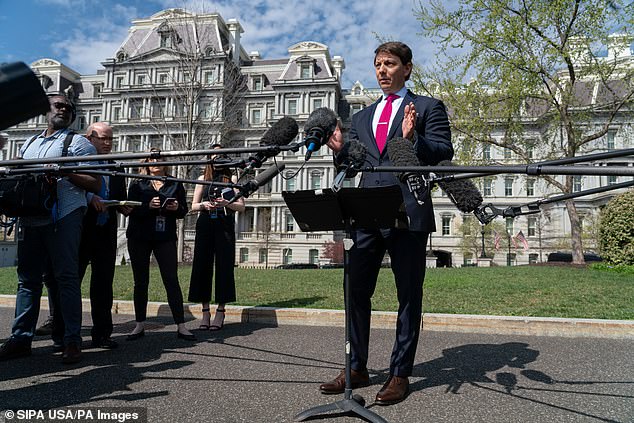 'And so the president is looking around to reshape his team so that he can have the people in place to carry out his agenda,' he said during a Fox News Channel interview. 'And quite frankly he has the right to do that.'

Established in 1865, the agency also investigates and prevents counterfeiting in order to protect the U.S. financial system, and combats computer-based financial crimes.

The Secret Service wasoriginaly a subagency of the Treasury Department, when it was principally an anti-counterfeiting force.

It became a branch of the Homeland Security Department in 2003 as the new post-9/11 agency coalesced around a mission that unified a group of previously far-flung government agencies.
at April 08, 2019