Will the media's bias against Trump change following the Mueller report?

Following the submission of Special Counsel Robert Mueller’s report on Russian meddling in the 2016 presidential election and the subsequent summary showing that President Trump and his campaign did not collude with Russia, former White House adviser Steve Bannon said the president will “go full animal” against his political enemies.
In an interview with Yahoo! News over the weekend, Bannon predicted that the president will "come off the chains" and will use the Mueller report findings against opponents especially if they demand additional documents.
"He will use it to bludgeon them," Bannon said. 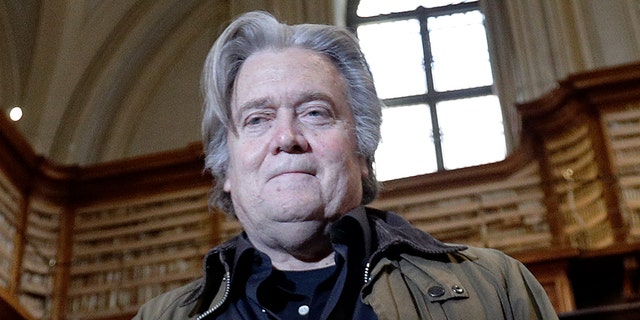 "When I saw no new indictments — I thought, Oh my God! They didn’t indict anybody regarding the Flynn investigation, they didn’t indict Don, Jr.! Maybe [Mueller] could have details about obstruction of justice that are not indictable, but are meaningful," Bannon, who was fired from his White House role in August 2017, told the outlet. "But right now, it looks like they have nothing."

In the interview, Bannon said he repeatedly had told the president not to discredit Mueller, opining that the ultimate determination would vindicate Trump.
"I kept telling him, 'Don't say Mueller's bad, I don't think he's going to have anything.'"
Bannon also said Democrats were "left in tears" following the report's conclusion.

“On 'Rachel Maddow,' she went 10 minutes into her show before the words ‘no indictment’ crossed her lips. On CNN, they're in the mumble tank," he said. "They're crestfallen. They thought this would be it."
Bannon is currently on an overseas tour geared toward supporting and unifying populist parties throughout Europe.
at March 26, 2019