By JONATHAN LEMIRE and ZEKE MILLER
2 hours ago 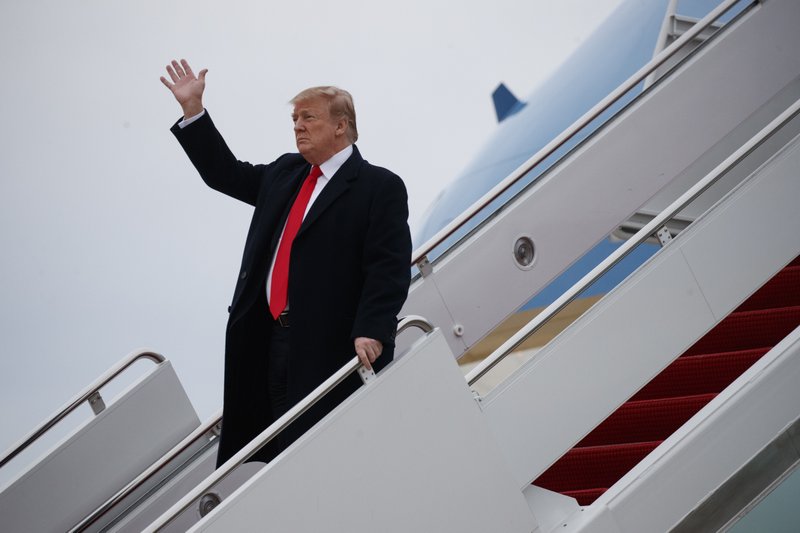 WASHINGTON (AP) — For President Donald Trump, the fight over the “witch hunt” is only just beginning.

Now that special counsel Robert Mueller’s two-year investigation into Trump’s campaign is over, it’s being transformed into a rallying cry and a weapon for the president’s re-election campaign.

The pall of the two-year probe lifted Sunday, when Attorney General William Barr released a summary of Mueller’s findings that said the wide-ranging investigation found no evidence of collusion by Trump’s 2016 campaign with the Russian government. Barr’s four-page letter was immediately seized upon by the Republican president and his allies as a weapon to use against Democrats, the so-called Deep State and the media.

Even before Mueller’s conclusions were revealed, it was clear that Trump saw the end of the investigation as a political opportunity.

As the president’s lawyers debated legal strategy, Trump aides and political allies developed a plan to turn the end of the probe into the launching pad for a new round of attacks on the president’s foes and a moment to reinvigorate his supporters in the run-up to the 2020 campaign. With pre-written tweets and talking points, Trump surrogates rushed to claim victory and rub the results in the face of Democrats, many of whom had spent months promising that Mueller would turn up more.

“Democrats and their liberal media allies for two years slandered President @realDonaldTrump for ‘conspiring with Russia,’” press secretary Sarah Sanders tweeted. “It was all a malicious, preposterous lie given wall to wall media coverage despite zero evidence. This should never again happen to an American President.”

Breaking a 48-hour stretch of lawyer-imposed silence on Twitter, Trump stood on the tarmac beside Air Force One on Sunday and jubilantly hailed the results, exaggerating the findings as a total exoneration. He also seethed that those behind the probe, which he compared to a failed coup, should be held responsible.

Trump’s campaign moved quickly to raise money off the Mueller news, with a text message to supporters stating, “Dems raised millions off a lie. Now we FIGHT BACK!”

The team’s plans going forward are more expansive, according to seven aides and allies involved with the effort, most of whom spoke on the condition of anonymity because they were not authorized to speak publicly about private deliberations.

While Trump’s base has long been suspicious of Mueller, the president’s team believes independents and moderate Democrats who backed him in the last election but have since soured may return to the fold if convinced he was unfairly targeted.

Republicans who had mused about a primary challenge to Trump if Mueller returned a smoking gun may now stay on the sidelines. Maryland Gov. Larry Hogan, one of several Republicans considering a bid to unseat the president, had told the AP last month he would only mount a campaign if the political dynamics in the race have changed.

If anything, they’ve changed in Trump’s favor. Major talking points for Democrats who had pinned great hopes on Mueller may have vanished. And some swing voters, wary at the prospect of endless investigations and talk of impeachment, may prove more sympathetic to the president.

The president and his allies will now link the report with the investigations launched by House Democrats and try to make the case that, in the wake of Mueller’s findings, further probes are partisan overreach.

He singled out Rep. Adam Schiff, chairman of the House Intelligence Committee, and said the congressman’s investigation would have no credibility because he had deemed Trump “treasonous” and promised clear evidence of collusion that didn’t materialize.

“If there are people who contrived this investigation, who made up this collusion, maybe they themselves should be investigated,” Giuliani said.

Democrats have pointed out that Mueller found evidence for and against obstruction and have demanded to see his full report.

The president’s allies also intend to use the moment to heighten attacks on the media, which many Trump supporters believe unjustly fanned the flames of the special counsel’s probe in an effort to bring down the president. They aim to highlight specific news organizations and, in some cases, individual reporters and paint them as biased and untrustworthy, according to two presidential confidants.

Eric Trump, the president’s son, took to Twitter moments after Barr’s letter was released to ask for a “simple apology” from the news media “for the hell everyone has been put through for the past two + years,” listing a half-dozen news organizations.

In the days before Mueller submitted his report, Trump told his inner circle that, if the release validated him, he would use Twitter and the power of his office to trumpet the findings, complain about the probe’s cost and depict the entire investigation as an attempt to obstruct his agenda, according to advisers and confidants.

The president’s campaign and pro-Trump outside groups are poised to amplify the message, while his advisers expect Fox News and the conservative media to act as an echo chamber. A full-throated attack on the investigation also will be the centerpiece of Trump campaign events, including rallies, they say.

Trump’s next rally is set for Thursday in Michigan, a state he narrowly won in 2016 and will invest in heavily this time. Count on hearing an earful.