It Pays to Be A Wyoming Cowboy

Contributed by: Tom B.
Thanks Tom! 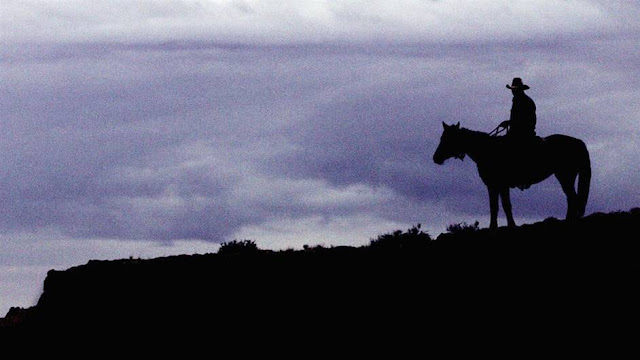 After Evergreen State and the University of Missouri caved to identity-politics demands, they were shunned by alumni, parents, prospective students and fans. Those are cautionary tales, but the University of Wyoming provides a counterpoint. Turns out there are rewards for not yielding to campus radicals.


Last summer the University of Wyoming unveiled its new marketing slogan, “The world needs more cowboys.” The campaign lauded self-reliance, grit and courage and suggested that anyone with this caliber of character can be a cowboy.

This being the American campus in 2018, more than two dozen faculty complained. Communications professor Tracey Owens Patton said that “what goes behind the term cowboy” is “erasure, racism, sexism, heterosexism, and genocide.” The university’s Committee on Women & People of Color wrote in a letter that the marketing campaign “risks casting UW as a place where only people who identify with white, male, and able-bodied connotations of ‘cowboy’ belong.”

Despite the griping, the Board of Trustees voted unanimously in July to keep the slogan. Students, alumni and sports fans apparently weren’t offended. The university bookstore sold out of “the world needs more cowboys” T-shirts the first week they hit the shelves. Responding to demand, the University of Wyoming put the slogan on other products and sold roughly 5,000 items in the first six months.

Between July and December 2018, royalties were up $38,000 over the same period in 2017 as the school licensed 143 different products with the tagline to third-party vendors. A funeral home even requested permission to create a “the world needs more cowboys” coffin. Talk about getting the final word.

The campaign has been a hit off campus, too. A campaign ad video had half a million views online—nearly the equivalent of Wyoming’s state population. After seeing the digital ads, some 18,000 viewers clicked on the link and gave their information to recruiters. Enrollment numbers won’t be in until later this year, but “it’s pretty clear there’s been an increase in interest,” spokesman Chad Baldwin says.

Competing against more than 1,000 colleges, the University of Wyoming's video won “best of show” in the Educational Advertising Awards competition, and the overall “the world needs more cowboys” campaign got a silver award. The university also won regional awards from the American Advertising Federation in a competition not limited to higher ed.

Administrators elsewhere, take heart and cowboy up. The social-justice warriors may try to lasso you into submission, but they don’t reflect genuine public opinion.