Gambino crime boss Francesco “Franky Boy” Cali was assassinated in front of his Staten Island home Wednesday night in a stunning gangland hit that recalled some of the most infamous Mafia killings in city history.

Cali, 53, was shot several times and run over in front of his brick mansion in the lavish Todt Hill neighborhood at about 9:20 p.m. His wife and young children were inside, police sources told The Post. Enlarge ImageFrank CaliAFP/Getty Images

The gunman sped off in a blue pickup truck after the hit, which one source described as “disrespectful” because it took place near his family home in an outer borough.

Cali is the first mob boss to be slain in New York City since a fresh-faced John Gotti ordered the murder of then-Gambino boss Paul Castellano in 1985 at Sparks steakhouse in Midtown.

“Even Gotti had more respect,” one police source told The Post. “He did it out in Manhattan.”

Cali was rushed to Staten Island University Hospital North, where he was declared dead.

A 911 caller reported hearing six or seven shots at the scene, but it was unclear how many bullets struck Cali, police sources said.

Residents in the neighborhood were spooked by the old-time rub out in the quiet neighborhood.

“I’ve seen the [mob] movies . . . but I’ve never seen any activity that we feel at all that there’s something strange about this area,” said Prashant Ranyal, 39, who lives blocks from the scene.

“You never know who your neighbors are,” a 58-year-old local named Salvatore told The Post.

Investigators, including the FBI, are now probing whether the rub out was sanctioned by the commission of New York’s five families — or whether it was carried out by a “cowboy” gunman.

Cali, a native of Sicily, became the de facto godfather of the Gambinos in 2015 — and was believed by Mafia watchers to be the opposite of exuberant former boss “Dapper Don” John Gotti, because “no one ever sees him.”

Cali “was a real quiet old-school boss,” a police source told The Post.

He infused the family with a new crop of immigrant Italian gangsters and focused on the heroin and OxyContin trade, sources told The Post in September.

He had just one criminal conviction: on an extortion rap in 2008 for an attempted shakedown of a trucker working at a proposed NASCAR racetrack in Staten Island. Cali served just 16 months in the prison on the conviction.

The mob hit comes as New York has experienced a resurgence in mob activity in recent months.

In October, Bonanno associate Sylvester Zottola, 71, was gunned down at a Bronx McDonald’s drive-thru.

John Gotti’s brother Gene, 71, was recently put back on the streets after spending 29 years in prison for dealing heroin.

He was photographed by The Post outside his family home in Valley Stream, LI, following his release on parole from a federal lockup in Louisiana in September. 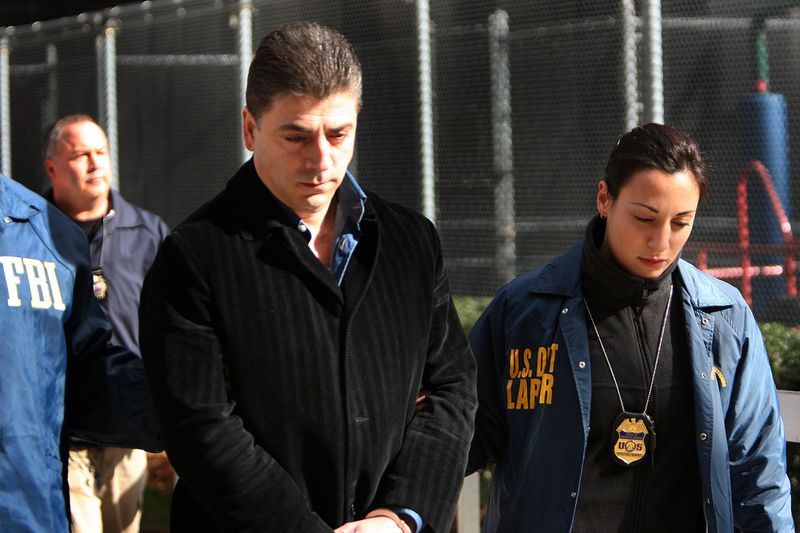 Cali, 53, was shot six times in the chest by a gunman in a blue pickup truck on Hilltop Terrace near Four Corners Road in Todt Hill about 9:15 p.m. Medics took him to Staten Island University Hospital, where he died.

A panicked family member called 911, telling a dispatcher Cali was run over before he was shot, though investigators were still looking into whether the gunman mowed the mobster down, sources said.

Police were searching for the pickup truck that raced from the grisly scene, sources said.

“There were like six shots, and then there were three more,” one witness, who spoke on the condition of anonymity, told the Daily News. “The man was on the ground face-up. His head was by his SUV, and the truck was open.”

Cali’s distraught family members rushed outside after the shooting.

“Papa! Papa!” one man cried before lying on the grass, sobbing, the witness recounted.

One woman yelled into her phone, “Why doesn’t the ambulance come? He’s not breathing!” the witness told The News. Another woman “was just making loud noises,” the witness said.

“The cops came, and they were pushing on his chest, but he wasn’t responding,” the witness said. 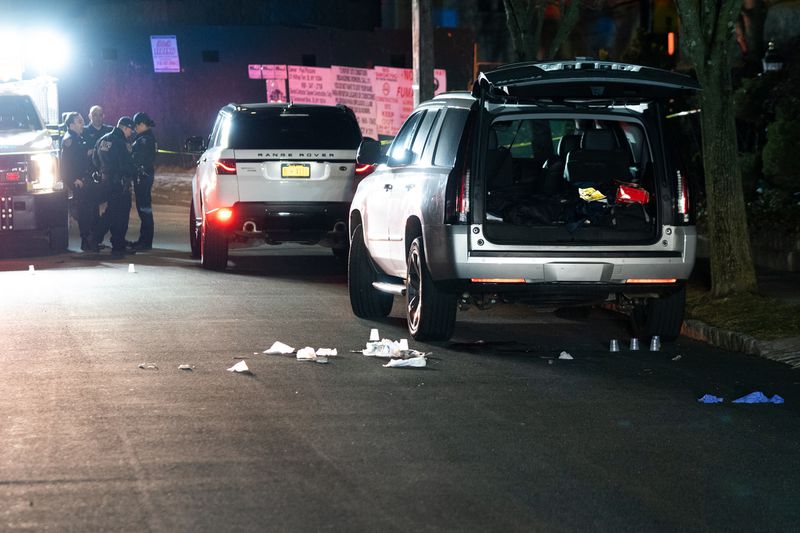 Cali, who served on the Gambino family’s ruling panel for several years, was elevated to acting boss in 2015, replacing then 68-year-old Domenico Cefalu.

Cali’s murder recalled the execution of Gambino boss Paul Castellano in 1985, who was ordered shot dead by John Gotti in front of Sparks Steak House, in perhaps the most infamous mob hit in the city’s recent history. Cali lived less than a half-mile away from Castellano’s famous Staten Island mansion on Benedict Road.

A native of Sicily, Cali has deep mob roots, and his wife is the niece of Gambino capo John Gambino. His brother Joseph and brother-in-law Peter Inzerillo are reputed Gambino soldiers.

Cali rose quickly through the ranks of organized crime, becoming a powerful capo before the age of 40, less than a decade after he became an inducted member, according to court papers.

Federal authorities tried to put a stop to Cali’s rise in the late 2000s after he completed a 16-month sentence for an extortion scheme connected to a failed bid to build a Nascar track on Staten Island.


After his release, the feds tried to bar him from meeting with members of the Sicilian Mafia, and demanded that he avoid contact with his uncle, Giovanni Gambino — the nephew of late boss Carlo Gambino, for whom the family was named — except at weddings or holiday celebrations approved in advance.

Cali’s killing comes less than a week after the death legendary mobster Carmine Persico, the longtime boss of the Colombo crime family. Persico, 85, was serving a 100-year federal prison sentence after his conviction on racketeering and murder charges in the famous mid-’80s “ Commission trial.”

Persico, whose health had deteriorated over the past few years, was blind in one eye and nearly blind in the other, and needed a wheelchair to get around. He died at the Duke University Medical Center last Thursday.