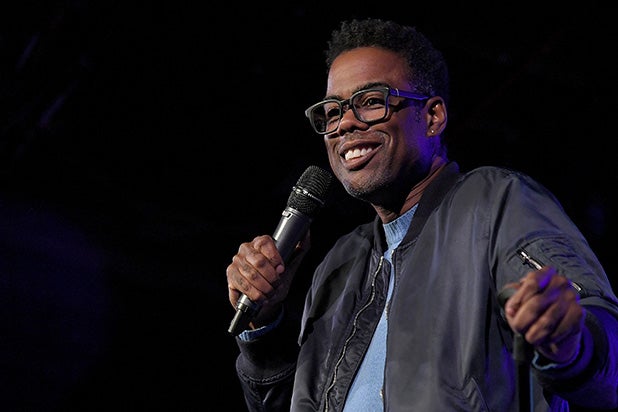 Chris Rock said he was warned not to make any Jussie Smollett jokes from the stage at the NAACP Image Awards on Saturday, but it seems the comedian just couldn’t help himself.
“They said no Jussie Smollett jokes,” Rock said before spending the rest of his time at the mic mocking the embattled “Empire” star. “What a waste of light skin. You know what I could do with that light skin? That curly hair? My career would be out of here. I would be running Hollywood.”
“What the hell was he thinking?” he continued. “You are ‘Jessie’ from now on. You don’t even get the ‘u’ anymore. That ‘u’ is respect. You ain’t getting no respect from me.”
at March 31, 2019