It's been said the apple doesn't fall far from the tree.
Well not necessarily, sorta, cuz that tree may
still bear rotten apples just the same!
First let us take a look at papa Cuomo,
Mario Cuomo the 52nd Governor of
New York for three terms from 1983 to 1994
and was known for his liberal views, public speeches & BS.
He was also of Italian Ancestry which bore him the
description of an "Italian Mafioso Type"
by supposed rumors and by Bill Clinton. When it was thought Mario was going to jump into the Democratic primary for president Bill was heard in a phone conversation He was having with His then Goomada Gennifer Flowers saying"Cuomo Acts Like A Real Mafioso"
Klik here for the exact wording in this transcript
Now Back To the Cuomo's
One thing that really irked the public was when Mario refused to enact the death penalty in NYS. 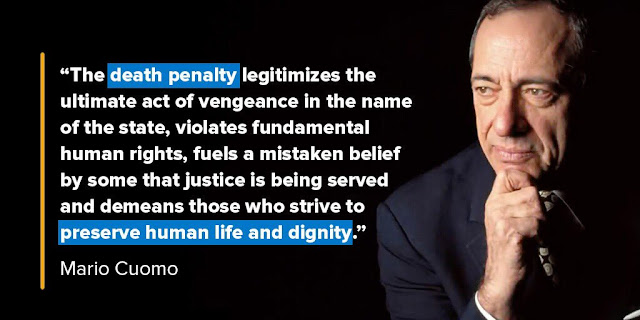 OK, Heez The Governor, His Decision!
He did wind up losing the following term to
George Pataki because of this stance!

OK NOW, Next Cuomo!
Now let's take a look at Andy Boy Cuomo!
Looks like His dad, BS's like His dad and for most part agrees with His Dad's stance on capital punishment, they don't believe in killing murderers & killers who could one day kill again! Hmm, that is unless those to be killed are babies. Yup, you read it correctly, this dope proudly signed an Act that will allow a baby
be taken from the mother up to the last day
of birth and be terminated! What a DOPE!
he even stated "I hope other states will follow"
You Democrats better wake up & smell the Coffee!
Here's Cuomo enjoying the moment!

Ok, now for Cuomo #3
Chris Chomo
Heez the one always bashing President
Trump along with all his phony cohorts!
Maybe it's to draw attention away from
His fake stupid Brother!
Here he is with his fake news cohort boyfriend! 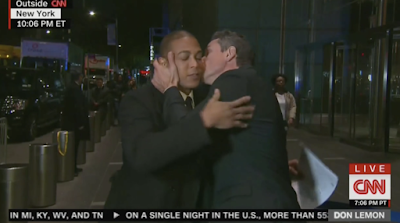 I Dunno, like The Clintons & The Bushes
Ive had enuff of these Cuomo fools!
How about You?
Also BOYCOTT these networks,
CBS, NBC, ABC, MSNBC, CNN,
You're not getting the real news!
Also be sure to see the Movie Gosnell which has been suppressed by the left winged media!
at February 20, 2019