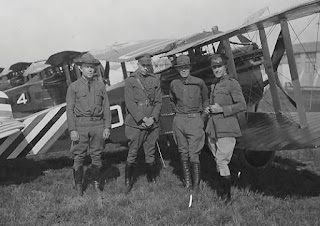 The List 4918     TGB
To All,
I hope that you all have a great weekend. A great Bubba Breakfast this morning with my brothers.
Regards,
Skip
This day in Naval History
Feb. 1
1800—USS Constellation engages French frigate La Vengeance in a 5-hour battle during the Quasi War.
1902—USS Plunger (SS 2), the lead ship of the Plunger-class submarine, launches. She is commissioned Sept. 19, 1903, at the Holland Company yard at New Suffolk, Long Island, NY. Ensign Chester W. Nimitz is the submarines final commander when Plunger is decommissioned Nov. 6, 1909 at the Charleston Navy Shipyard.
1942—USS Enterprise (CV 6) and USS Yorktown (CV 5) make the first World War II air strike against the Japanese at their outposts in the Marshall Islands to protect the Trans-Pacific supply route to Australia.
1944—Three U.S. Navy submarines, Guardfish (SS 217), Hake (SS 256) and Seahorse (SS 304), attack Japanese convoys, sinking a destroyer, cargo ship and another vessel.
1945—USS Jenkins (DD 447), USS O'Bannon (DD 450), USS Bell (DD 587) and destroyer escort Ulvert M. Moore (DE 442) sink the Japanese submarine RO 115, 125 miles southwest of Manila.
1955—Task Force 43 is established to plan U.S. Navy Antarctic operations called Operation Deep Freeze.
Feb. 2
1848—The Treaty of Guadalupe Hidalgo ends the Mexican-American War and establishes the boundaries between the two republics.
1862—Capt. David G. Farragut, commander of his flagship, the screw sloop of war Hartford, departs Hampton Roads for Ship Island, MS, where Farragut takes command of the Western Gulf Blockading Squadron in preparation for the assault on New Orleans.
1938—While piloting a PBY-2 aircraft in a tactical exercise off California, Lt. Carlton B. Hutchins collides with another VP-11 PBY-2. Remaining at his badly damaged plane's controls, Hutchins courageously allows members of his crew to parachute to safety, but is killed in the plane's subsequent crash.  For his "extraordinary heroism," he is posthumously awarded the Medal of Honor.
1942—USS Seadragon (SS 194) sinks Japanese army cargo ship Tamagawa Maru.
1943—A Japanese destroyer is damaged, and later scuttled, by a mine laid by U.S. Navy light minelayers off Cape Esperance.
1944—Destroyer USS Walker (DD 517) sinks Japanese submarine RO 39, 10 miles east of Wotje, Marshall Islands.   ( I was on the USS Walker in the Summer of 1965 for my senior midshipman Cruise from USC. Within a few days we headed to sea for a couple of weeks. The second night at sea I was on the Bridge when the engineer came up and told the Captain that we were going to sink. Well that got my attention. We immediately turned for Pearl harbor and notified them we needed some major repairs and we headed there at best speed. We came in the channel and made a 180 into the dry dock and just about sunk onto the blocks, 9 weeks later as my airliner was taking off from the airport I looked down and saw the Walker heading out to sea. What happened in between was burning the candle at both ends in a non stop funfest. School started a couple of days later and I had come down with a sore throat and the first day I felt so bad the I stopped in the health center on my way to my first class and  passed out as I was providing my health card. I had a really bad case of Mono and was in the health center for many weeks. My payment for my funfest in  Hawaii I Guess but what fun it was.  A  few years later the USS Walker had some side scraping with a Russian cruiser that became the Basis for the INCSEA agreements between the US and USSR….skip
Feb. 3
1863—The "double-ender" side wheel steam gunboat USS Sonoma captures the blockade running British bark Springbok during the Civil War.
1917—President Woodrow Wilson, in an address to Congress, severs diplomatic relations with Germany after the country decides on the first of the month to reintroduce the policy of unrestricted U-boat warfare.
1944—PBY Catalinas and USAAF B-25s 5th Air Force aircraft attack a Japanese convoy west of New Hanover and sink a cargo ship, Nichiai Maru.
1944—USS Tambor (SS 198) attacks a Japanese convoy and sinks Goyu Maru and merchant tanker Ariake Maru about 200 miles southeast of Shanghai.
2017—The aircraft carrier, USS Enterprise (CVN 65) is decommissioned in a ceremony held in the ship's hangar bay, Feb. 3. The ceremony marks the end the ship's nearly 55-year career, and is the first decommissioning of a nuclear-powered aircraft carrier.
Thanks to CHINFO
Executive Summary:
Today's national headlines include the Senate passing an amendment opposing a fast withdrawal from Syria and Afghanistan, a federal crackdown on "Chinese birth tourism," and more than 20 people who have died due to the extreme cold hitting the U.S. The Portland Press Herald reports that Secretary of the Navy Richard V. Spencer will be at the Kennebec River shipyard in Maine on Friday to attend the keel laying for the USS Carl M. Levin guided missile destroyer. USNI News quotes two CSIS analysts as suggesting that the President's 2020 national security budget could result in cuts to Navy projects, possibly including the frigate program. USNI also reports on the Navy's announcement that two Ford-class aircraft carriers will be contracted to shipbuilder Huntington Ingalls. The Fox News affiliate in San Antonio reports on a student assigned to the Fleet Anti-Submarine Warfare Training Center who saved a civilian from drowning.
2016 February 1
NNNNNNNNNNNNNNNNNNNNNNNNNNNNNNNNNNNNNNNNNN
Thanks to Bob. A new source of aviation History. I will try to get on the distro
NNNNNNNNNNNNNNNNNNNNNNNNNNNNNNNNNNNNNNNNNNN
Thanks to Steve….This has been in the list before but is worth the short video and description.
Pearl Harbor Attack
There have been many movies and docudramas depicting the Pearl Harbor attack December 7, 1941..."A Day That Will Live In Infamy".

Most of the films, particularly the ones supposedly based on fact, showed short quips of a couple of two P-40 pilots getting airborne and shooting down Jap planes. But I, for one, never had seen the true story and more detailed info on who these two pilots were and their actions  and associated events while airborne.

A short video about two American P-40 pilots who were able to get off the ground at Pearl Harbor on December 7, 1941.

https://www.youtube.com/embed/zS8HWFWaqa4
Great story!
NNNNNNNNNNNNNNNNNNNNNNNNNNNNNNNNNNNNNNNNNNNNN
Thanks to Clyde….I wonder if they will Get the Po up and running
More on the Chinese and Subic Bay.
Hi, the site below discusses the possibility of China taking over the former U. S. Naval Base, Subic Bay Philippines.
http://www.atimes.com/article/china-eyes-a-strategic-port-in-the-philippines/?utm_source=Sailthru&utm_medium=email&utm_campaign=ebb%2031.01.2019&utm_term=Editorial%20-%20Military%20-%20Early%20Bird%20Brief

NNNNNNNNNNNNNNNNNNNNNNNNNNNNNNNNNNNNNNNNNN
Thanks to Donald
Very Dangerous Internet Outlook!
Big data is populated by 90% liberal, progressive Democrats--i.e.--Google, Facebook, Microsoft, Apple.  And....VERY LIKELY.....THEY WILL TAKE AWAY YOUR FREEDOM OF SPEECH!!  By control of their systems, they can limit, skew, alter or ELIMINATE alternative media, notions, opinions, thoughts, concerns, issues, etc., etc. THEY DISAGREE WITH.  THIS IS BAD NEWS!!
"An iron curtain has descended across the Continent," Winston Churchill once warned. A digital iron curtain is now descending over the internet. Free speech as we once knew it will be over in a decade. The internet will still be a noisy place, but it will be a managed noise of echo chambers, a moderated system in which dissenting views will be treated as trolling and purged as quickly as they are identified.
https://www.frontpagemag.com/fpm/272705/digital-iron-curtain-descends-over-internet-daniel-greenfield
NNNNNNNNNNNNNNNNNNNNNNNNNNNNNNNNNNNNNNNNNNNNNN
It was one of those things that you did not talk about. The first time you saw one those little jets coming up beside you it got your blood running.
Thanks to Kit
Operation Constant Peg
I had not heard of this Op. Maybe some of you flew in it. It must have been a bear to get funding as it was classified. I like the comparison statistics between USAF and Navy/Marine kills.
Operation "Constant Peg" by USAF 1977-1988 AT Tonopah, NV.https://en.wikipedia.org/wiki/4477th_Test_and_Evaluation_Squadron
http://aviationweek.com/blog/we-didn-t-know-what-90-percent-switches-did
https://commons.wikimedia.org/wiki/Category:Constant_Peg Some good photos\
https://www.airwarriors.com/community/threads/constant-peg-pics.22148/ Air Warrior chatter
Thanks to Jack
In part, some of the aircraft were related to the fact that in 1970 Indonesia retired their fleet of MiG-17s, MiG-19s and MiG-21s – a total of about 60 aircraft.  Let me recommend what I believe is the definitive book on Constant Peg, its predecessors and related programs such as Have Doughnut, if you can find it. "Red Eagles – America's Secret MiGs" by Steve Davies with a Foreword by General John P Jumper, Chief of Staff of the USAF 2001 – 2005.  It has a number of interesting photos and was extremely well researched.
Published by Osprey Publishing (UK)   ISBN 978 1 84603 378 0
Thanks to Don
I flew practice sorties against the Mig-19 and Mig-21 in 1980 flying the F-15 Eagle.  Both jets are small and the Mig-19 will turn on a dime.  They both had very short time to engage as they didn't have much endurance...…..they didn't have a lot of fuel capacity.
NNNNNNNNNNNNNNNNNNNNNNNNNNNNNNNNNNNNNNNNNNNNNNN
Thanks to Dutch and Ted
Subject: FW: Super Bowl 13 years ago  with night flyover
NNNNNNNNNNNNNNNNNNNNNNNNNNNNNNNNNNNNNNNNNNNNN
Thanks to Mugs….This was in the List a few years ago but worth the resend
Never knew about this.
Mugs