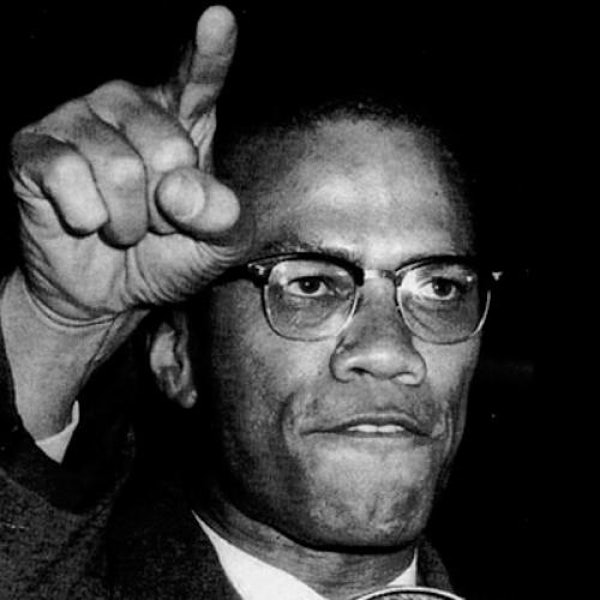 In New York City, Malcolm X, an African American nationalist and religious leader, is assassinated by rival Black Muslims while addressing his Organization of Afro-American Unity at the Audubon Ballroom in WashingtonHeights.

Born Malcolm Little in Omaha, Nebraska, in 1925, Malcolm was the son of James Earl Little, a Baptist preacher who advocated the black nationalist ideals of Marcus Garvey. Threats from the Ku Klux Klan forced the family to move to Lansing, Michigan, where his father continued to preach his controversial sermons despite continuing threats. In 1931, Malcolm’s father was brutally murdered by the white supremacist Black Legion, and Michigan authorities refused to prosecute those responsible. In 1937, Malcolm was taken from his family by welfare caseworkers. By the time he reached high school age, he had dropped out of school and moved to Boston, where he became increasingly involved in criminal activities.

In 1946, at the age of 21, Malcolm was sent to prison on a burglary conviction. It was there he encountered the teachings of Elijah Muhammad, the leader of the Nation of Islam, whose members are popularly known as Black Muslims. The Nation of Islam advocated black nationalism and racial separatism and condemned Americans of European descent as immoral “devils.” Muhammad’s teachings had a strong effect on Malcolm, who entered into an intense program of self-education and took the last name “X” to symbolize his stolen African identity.

After six years, Malcolm was released from prison and became a loyal and effective minister of the Nation of Islam in Harlem, New York. In contrast with civil rights leaders such as Martin Luther King Jr., Malcolm X advocated self-defense and the liberation of African Americans “by any means necessary.” A fiery orator, Malcolm was admired by the African American community in New York and around the country.

In the early 1960s, he began to develop a more outspoken philosophy than that of Elijah Muhammad, whom he felt did not sufficiently support the civil rights movement. In late 1963, Malcolm’s suggestion that President John F. Kennedy’s assassination was a matter of the “chickens coming home to roost” provided Elijah Muhammad, who believed that Malcolm had become too powerful, with a convenient opportunity to suspend him from the Nation of Islam.

A few months later, Malcolm formally left the organization and made a Muslim pilgrimage to Mecca, where he was profoundly affected by the lack of racial discord among orthodox Muslims. He returned to America as El-Hajj Malik El-Shabazz and in June 1964 founded the Organization of Afro-American Unity, which advocated black identity and held that racism, not the white race, was the greatest foe of the African American. Malcolm’s new movement steadily gained followers, and his more moderate philosophy became increasingly influential in the civil rights movement, especially among the leaders of the Student Non-Violent Coordinating Committee.

On February 21, 1965, one week after his home was firebombed, Malcolm X was shot to death by Nation of Islam members while speaking at a rally of his organization in New York City.

GENERAL INTEREST
1885
Washington Monument dedicated
The Washington Monument, built in honor of America’s revolutionary hero and first president, is dedicated in Washington, D.C. The 555-foot-high marble obelisk was first proposed in 1783, and Pierre L’Enfant left room for it in his designs for the new U.S. capital. After George ...

CRIME
1961
Rockefeller imposter and convicted felon born
On this day in 1961, Christian Karl Gerhartsreiter, a con man who went by the alias Clark Rockefeller and passed himself off as an American blueblood, is born in Germany. Gerhartsreiter gained the public spotlight in 2008, when he kidnapped his young daughter and became the ...

ART, LITERATURE, AND FILM HISTORY
1981
Dolly Parton cements her crossover success as “9 to 5″ hits #1
In 1980, Dolly Parton brought the full range of her talents to bear on a project that would cement her crossover from country music to mainstream superstardom. That project was the movie 9 to 5, for which Dolly wrote and performed the song that earned her both Oscar and Grammy ...

GENERAL INTEREST
1972
Nixon in China
President Richard M. Nixon arrives in Beijing, the capital of the People’s Republic of China, on the first presidential visit to the world’s most populous nation. Given that the U.S. federal government had formally opposed China’s communist government since it took power in 1949, ...

GENERAL INTEREST
1848
Marx publishes Manifesto
On February 21, 1848, The Communist Manifesto, written by Karl Marx with the assistance of Friedrich Engels, is published in London by a group of German-born revolutionary socialists known as the Communist League. The political pamphlet–arguably the most influential in ...

VIETNAM WAR
1972
Nixon visits China
President Richard Nixon visits the People’s Republic of China. After arriving in Beijing, the president announced that his breakthrough visit to China is “The week that changed the world.” In meeting with Nixon, Prime Minister Zhou Enlai urged early peace in Vietnam, but did ...