letter to Speaker of the House Nancy

Pelosi (D-CA), informing her that her

would be postponed until after the 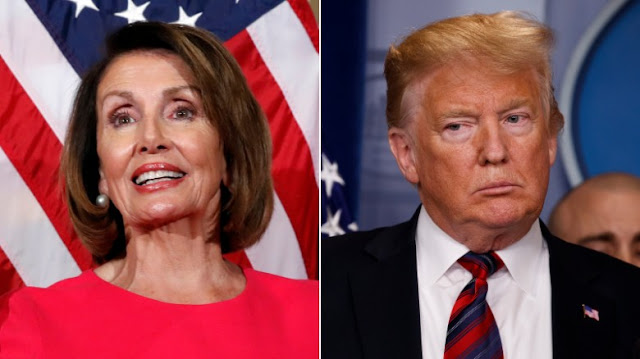 “We will reschedule” her excursion when the Shutdown is over, he writes.

The President hopes Speaker Pelosi will remain in Washington, and he made clear that there is a standing invitation to continue negotiations at any time. If the Speaker chooses to leave the country, it would only guarantee that 800,000 American workers will continue to go without pay for at least another week—and possibly longer.

President Trump explained that Speaker Pelosi is still welcome to make her trip by flying commercial. His letter today simply directs that U.S. Military resources not go toward this international trip while Federal workers wait for Congress to negotiate with President Trump and reopen the Government.

Since the Shutdown began, the President has canceled planned travel and stayed in Washington, ready to make a deal. On the other side, Speaker Pelosi took a vacation to Hawaii days after the Shutdown began, and over 30 Democratic Members of Congress took a chartered flight to Puerto Rico for a retreat with lobbyists and corporate executives.

This Video Says It All!


Reports say She was already on the bus for transport
and another source said She may even had already
taken an Ambien for the flight.
Well that could be a good thing for the
American people, at least for a few hours!