To All,
I hope that you all have a great weekend. Great Bubba Breakfast this morning.

Skip
This day in Naval History
.
. This Day In Naval History – January 4, 2018
Jan. 4
1863 - Blockading ship USS Quaker City captures sloop Mercury carrying dispatches emphasizing desperate plight of the South
1910—USS Michigan, the first U.S. dreadnought battleship, is commissioned.
1943—USS Shad (SS 235) sinks German minesweeper M 4242 (ex-French trawler Odet II) in the Bay of Biscay.
1944—USS Bluefish (SS 222) and USS Rasher (SS 269) attack a Japanese convoy off French Indochina; Bluefish sinks a merchant tanker while Rasher damages another tanker. Also on this date USS Cabrilla (SS 288) sinks a Japanese freighter off Cape Padran, French Indochina while USS Tautog (SS 109) sinks a Japanese freighter off southern Honshu.
1945—During attacks against the U.S. Navy force bound for the Lingayen Gulf, a kamikaze crashes into escort carrier USS Ommaney Bay (CVE 79) in the Sulu Sea and damages her beyond repair. USS Burns (DD 588) scuttles the carrier escort.
1972—Secretary of the Navy John Chaffee approved the establishment of the Legalman (LN) rating.
1989—VF-32 F-14 Tomcats from USS John F. Kennedy shoot down two hostile Libyan MiGs with AIM-7 [Sparrow] and AIM-9 [Sidewinder] missiles in the central Med north of Tobruk in international waters.
. This Day In Naval History – January 5, 2018
Jan. 5
1776—The first Continental Navy squadron is ordered to sea by Congress to seek the British off coasts of the Carolinas and Rhode Island and in the Chesapeake Bay.
1855 - USS Plymouth crew skirmish with Chinese troops
1875—Cmdr. Edward Lull leaves New York to begin the Panamanian Expedition to locate the best ship canal route across Panama. The route mapped is followed 30 years later.
1943—While bombing airfields and installations during the Guadalcanal campaign, USS Helena (CL 50) becomes the first U.S. Navy ship to use Mk.32 proximity-fused projectiles in combat, downing a Japanese Aichi Type 99 carrier bomber (VAL) with her second salvo.
1944—USS Omaha (CL 4) and USS Jouett (DD 396) were summoned to engage the German blockade runner Burgenland under the guise of SS Rio Grande. Gunfire and scuttling charges, sank the German runner.
1945—Kamikaze attacks continued against the U.S. Navy force bound for the Lingayen Gulf. Eight ships were hit and Rear Admiral Theodore E. Chandler was among those who were killed.
1967  "Vietnam: Air Losses"(Hobson): One United States fixed wing aircraft was lost in Southeast Asia on 5 January 1967…
(1) LCDR RICHARD ALLEN STRATTON was flying an A-4E of the VA-192 "World Famous Golden Dragons" embarked in USS Ticonderoga on a strike mission to find and destroy a reported ferry at My Trach, 10 miles south of Thanh Hoa…Hobson: "Unable to spot the ferry the Skyhawks attacked four barges, which were moored nearby. LCDR STRATTON fired one Lau-3 pod of rockets and then came around for another attack. As he fired his next pod debris from one of the rockets was sucked through the aircraft's intakes and into the engine. The pieces of rocket destroyed the engine, which exploded, blowing the aircraft tail off. Although he tried to reach the sea, the sequence of events happened too quickly and Dick Stratton ejected over land and parachuted into a tree near a village and was captured. LCDR Stratton was VA-192's maintenance officer and was flying his 27th mission over North Vietnam when he was brought down… He was released on 4 March 1973 and after retirement from the Navy became a social worker specializing in drug abuse counselling. In 1978 Scott Blakely wrote "Prisoner of War: The Survival of Commander Richard A. Stratton," which is probably the most perceptive of all the books on POW experience."…
1968 - First Male Nurse Corps officer in Regular Navy, LT Clarence W. Cote.
Jan. 6
1813—During the War of 1812, USS Hornet, commanded by J. Lawrence, captured the merchant schooner, Ellen, off the coast of Brazil.
1942—Japanese capture 11 Navy nurses in Manila, Philippines. They served most of their internment at Los Baños before being liberated in February 1945.
1943—PBY-5A (VP 83) sink German submarine U-164 off Brazil. Before being sunk, U-164 sank three Allied merchant vessels, none from the United States.
1945—USS Walke (DD 723) is attacked by four kamikazes while laying mines. After the third plane struck the ship, burning gasoline envelopes the bridge and Cmdr. George F. Davis, the commanding officer, is horribly burned. Remaining on his feet, he conns the ship, directs damage control efforts and sees to the destruction of the fourth plane. Assured of the ship's survival, Davis is taken down below, where he dies a short time later. For his heroic conduct, Davis is posthumously awarded the Medal of Honor.
1996—USS Hopper (DDG 70) launches. The guided-missile destroyer is named for Rear Adm. Grace Hopper, a pioneer in computing.
NNNNNNNNNNNNNNNNNNNNNNNNNNNNNNNNNNNNNN
Thanks to CHINFO
Executive Summary:
Today's national headlines includes coverage on the House passing bills to reopen the federal government, the coming of a 'super blood wolf moon eclipse,' and the hunt in Texas for a suspect who shot a 7-year old girl. USS Somerset, USS Wayne E. Meyer and Special Purpose Marine Ari-Ground Task Force-Peru recently deployed together as Littoral Combat Group 1 in an effort to test the command and control concept of the grouping reports USNI News. Additionally, USNI News reports that the Navy has launched electronic Enlisted Advancement Worksheets in an effort to cut down on paperwork and errors.
GREAT POWER COMPETITION:
3.      China Closer To Equipping Warships With Electromagnetic Railguns, State Media Reports
(CNN.COM 03 JAN 19) ... Euan McKirdy

Performing my new job, I'm frequently reminded of my old one, whether it's driving past Memorial Stadium in Berkeley, where I covered countless Pac-12 games, or listening to NFL contests during Sunday deliveries. I've talked and laughed with many of the players and coaches and general managers and owners whose names I hear.
Sitting in traffic one damp December morning, I turned on the radio to hear George W. Bush eulogizing his father. His speech was funny, rollicking, loving, and poignant. It was pitch-perfect. In the summer of 2005, after returning from the Tour de France—cycling was my beat during the reign of Lance Armstrong—I was invited, along with five other journalists, to ride mountain bikes with W. on his ranch in Crawford, Texas. The Iraq War was going sideways; 43 needed some positive press. I jumped at the chance, even though I loathed many of his policies. In person, Bush was disarming, charming, funny. (These days, compared with the current potus, he seems downright Churchillian.) I wrote two accounts, one for the magazine, another for the website. Got a nice note from him a couple weeks later.
Lurching west in stop-and-go traffic on I-80 that morning, bound for Berkeley and a day of delivering in the rain, I had a low moment, dwelling on how far I'd come down in the world. Then I snapped out of it. I haven't come down in the world. What's come down in the world is the business model that sustained Time Inc. for decades. I'm pretty much the same writer, the same guy. I haven't gone anywhere. My feet are the same.
When I'm in a rhythm, and my system's working, and I slide open the side door and the parcel I'm looking for practically jumps into my hand, and the delivery takes 35 seconds and I'm on to the next one, I enjoy this gig. I like that it's challenging, mentally and physically. As with the athletic contests I covered for my old employer, there's a resolution, every day. I get to the end of my route, or I don't. I deliver all the packages, or I don't.
That's what I ended up sharing with people at the first Christmas party of the season. It felt better, when they asked how I was doing, to just tell the truth.
This is also true: Gina and I got approved for that loan last week, meaning that our monthly outlay, while not so minuscule that it can be drowned in Grover Norquist's figurative bathtub, is now far more manageable, thanks in part to these daily journeys which I consider, in their minor way, heroic.
NNNNNNNNNNNNNNNNNNNNNNNNNNNNNNNNNNNNNNN
Jim lived near me at Vandeberg AFB and then came to USC on a Navy scholarship a year after I did. Even became a fraternity brother. Then in the Spring he was accepted to the Naval Academy along with another end and away they went.  I agree with shadow he did write some great books.
skip
I was "In The Building" while he was SECNAV, which was for less than a year (May '87 - Feb '88) - from what I saw, I doing think this is a good idea -
Dutch
.
From: Dutch R
Sent: Friday, January 4, 2019 7:08 AM
Subject: Fw: former Virginia Senator Jim Webb to fill the position of Defense Secretary???
Thanks to ted -
Trump allies are rallying around former Virginia Senator Jim Webb to fill the position of Defense Secretary, after the abrupt departure of retired Marine General Jim Mattis.
The support for Webb may come as somewhat of a surprise, since he is a Democrat and has been largely out of the headlines since the 2016 Democratic presidential primary, when he launched a bid for president.
However, supporters say he aligns with President Trump's more realist world view — something that was a problem with Mattis, a foreign policy liberalist.
"Former Navy Secretary and former Asst Sec Def @JimWebbUSA would be someone to consider seriously for SecDef. His foreign policy views line up better with @realdonaldtrump and are not Bush 3.0," Fox News host Laura Ingraham tweeted on December 21. 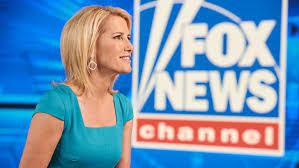