To All,
I hope that you all had a Happy New Year.  Thanks to all the prayers and good wishes for my sister. . We drove to Phoenix and made it from Poway in 4 hours and 15 minutes arriving just in time to see her rolled into the preop. While waiting the folks there were saying that many folks make it that far many times and something happens to stop the process. Most of the time the liver is not a match or has some problem, Within a couple minutes the Transplant team showed up and said it is good and they rushed her out. This was around 10 PM. We received word that all went well around 2AM. She went into Post op and recovery and we got to see her around mid morning. She improved each day. We were with her this morning and headed home.
Regards,

Skip
This day in Naval History
This Day In Naval History – January 2, 2018
Jan. 2
1943—USS Argonaut (SM1) sinks the Japanese guard boat Ebon Maru in the Bismarck Sea.
1944—Aerial mine laying operations continue in the Marshall Islands. Five PV-1s (VB 137) and one PBY-5 (VP 72) mine Jabor Anchorage, Jaluit.
1944—USS Finback (SS 230) sinks a Japanese merchant tanker in the East China Sea.
1969 - Operation Barrier Reef began in Mekong Delta, Vietnam
2000—Retired Adm. Elmo R. Zumwalt, Jr., the 19th Chief of Naval Operations, dies at Duke University Medical Center, Durham, NC.
1967     U.S. planes down seven enemy planes »
Thanks to CHINFO
Executive Summary:
Today's national headlines include reports of the partial government shutdown effect on national parks, security guards killing an armed man in a Nevada casino, and the winning mega millions lottery ticket sold in NY. After years of planning and discussions, the Defense Department has notified Congress that it will pursue a two-ship buy of the third and fourth Gerald Ford-class aircraft carriers reports Inside Defense. According to Rep. Joe Courtney, looming costs may force the Navy to leverage the National Sea-Based Deterrence Fund to fund the upcoming Columbia-class ballistic-missile submarine reports USNI News. Additionally, Iran's Revolutionary Guards announced that they plan to upgrade their speed boats with stealth technology and new missile launchers reports Reuters.
Today in History January 2
NNNNNNNNNNNNNNNNNNNNNNNNNNNNNNNNNNNNNNNNN
Thanks to Paul
A hugely successful operation 52 years ago today
Operation Bolo, 2 Jan 1967
And maybe a shout out for his biography for those who have not read it yet
Fighter Pilot: The Memoirs of Legendary Ace Robin Olds
NNNNNNNNNNNNNNNNNNNNNNNNNNNNNNNNNNNNNNNNNNNNNNN
Thanks to Mud
This is another of those fun quizzes sent to the select few in my generation.       I missed six.  I just couldn't remember them no matter how hard I tried to recall.
S/F,
- Mud
THIS MAY BE HARDER THAN YOU MAY THINK.
THE ANSWERS WILL BE ON THE TIP OF YOUR TONGUE, BUT YOU JUST CAN'T QUITE REMEMBER THE CORRECT ANSWER
DON'T LOOK BELOW FOR THE ANSWERS UNTIL YOU HAVE TRIED TO FIGURE IT OUT.

01. After the Lone Ranger saved the day and rode off into the sunset, the grateful citizens would ask, Who was that masked man? Invariably, someone would answer, I don't know, but he left this behind. What did he leave behind?________________.

06. After the Twist, The Mashed Potato, and the Watusi, we 'danced' under a stick that was lowered as low as we could go in a dance called the '_____.'

BTW, RON ERNIE
(King Of The Oldies)
Got All But #1 Correct!

01. The Lone Ranger left behind a silver bullet.

04. To protect the innocent.

10. Freddy, The Freeloader and 'Good Night and God Bless.'

11. Draft cards (Bras were also burned. Not flags, as some have guessed)

Send this to your 'older' friends, (Better known as Seniors.) It will drive them crazy! And keep them busy and let them forget their aches and pains for a few minutes.
NNNNNNNNNNNNNNNNNNNNNNNNNNNNNNNNNNNNN
Thanks to Dutch….I had this in the list many years ago and it still fogged up my glasses
: CHP video is so touching ...
This was made at Truckee, CA; where the elevation is higher than Denver.  It is a bit North of Lake Tahoe close to Reno. 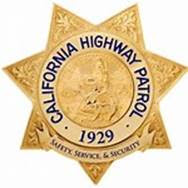 The CHP recently released this holiday video and sent all retirees a copy.
The video was made at the Truckee CHP office.
We think you will enjoy seeing it.
https://www.youtube.com/watch?v=Yt83CS1DxGI&feature=youtu.be
NNNNNNNNNNNNNNNNNNNNNNNNNNNNNNNNNNNN
Thanks to Clint  Having lived in all four corners and in the middle of this country and a bunch more in between I have seen and experienced most of these. It is a beautiful country.
America The Beautiful
In our travels we have seen most of these and it certainly is America the Beautiful
"There are only two who have died for you, Jesus Christ and the US Military.  One to save your soul, the other to protect your freedom."

Subject: Fwd: America The Beautiful
Received this from an old VF-121 original RIO classmate... I think you'll like it.
Happy '19,
Secdog
Subject: America The Beautiful
Lest we mar the holiday season with multi-media strife, a lot of us have been tuning out the latest breaking news stories in favor of watching sports or warmer human interest coverage.  A few have immersed themselves binge-watching uplifting Christmas movies.  Yep, the human spirit benefits from positive messages.  They nourish happy-brain-cells.  In harmony with that spirit, Chuck Finlay sent me the following YouTube video (proof that he shares more than zany humor).
It is a four minute trip, conceived and performed by the Charlie Daniels Band, to reacquaint us with the beauty of our land.
In the spirit of HAPPY NEW YEAR to all, I'm forwarding it to you.
https://www.youtube.com/ embed/ B2AEkfjc6-o?feature=player
NNNNNNNNNNNNNNNNNNNNNNNNNNNNNNNNNNNNNN