I hope that your weekend is going well.  If the games get boring here is some light reading.

JUST GO AHEAD AND....
click on the camera in the right hand column

Thanks to
THE
Bear 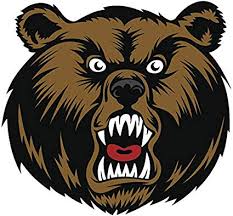 Your weekend study material... there will be a quiz on Monday...
Bear

KEEP STUDING YA HEAR?
Thanks to Mike

real story of the crash of the Concorde in Paris

There is a 40 minute podcast you can listen to at the end. Amazing, if true!

John Hutchinson, a retired Concorde pilot in the UK tells a much more detailed version of the Concorde accident on the Podcasting on a Plane podcast. Hutchinson, a Concorde captain at British Airways from 1977 to 1992, spent an enormous amount of time analyzing the 4590 accident from the perspective of his 15-years of left-seat experience. His story explains the Air France 4590 accident was a Swiss cheese calamity that again proves most aircraft accidents result from not a single cause, but from a perfect storm of errors that eventually overwhelm a pilot or crew.


This graphic will make visualizing the problems aboard flight 4590 easier.

Just a few of the issues Hutchinson uncovered include a problem with the left main landing gear long before takeoff, a crewmember who was not technically qualified to be sitting in the Concorde's right seat, a captain who overloaded the aircraft with fuel and bags, a center of gravity that exceeded the rear limits, a runway at CDG that was under repair and a captain who pulled the airplane off the ground before it ever reached flying speed. Although the aircraft became airborne for a short few seconds, there were two additional near disasters lurking, Hutchinson said, before the airplane eventually stuck a hotel west of CDG killing 113 people.

The podcast is a fascinating update of the final flight of Air France 4590 that runs about 37-minutes. Listen here.

More on the FITZ - thanks to Doctor Rich

I've seen links to this Navy Times article on various sites. An excerpt.

Their report documents the routine, almost casual, violations of standing orders on a Fitz bridge that often lacked skippers and executive officers, even during potentially dangerous voyages at night through busy waterways.

The probe exposes how personal distrust led the officer of the deck, Lt. j.g. Sarah Coppock, to avoid communicating with the destroyer's electronic nerve center — the combat information center, or CIC — while the Fitzgerald tried to cross a shipping superhighway.

When Fort walked into the trash-strewn CIC in the wake of the disaster, he was hit with the acrid smell of urine. He saw kettlebells on the floor and bottles filled with pee. Some radar controls didn't work and he soon discovered crew members who didn't know how to use them anyway.

Fort found a Voyage Management System that generated more "trouble calls" than any other key piece of electronic navigational equipment. Designed to help watchstanders navigate without paper charts, the VMS station in the skipper's quarters was broken so sailors cannibalized it for parts to help keep the rickety system working.

Since 2015, the Fitz had lacked a quartermaster chief petty officer, a crucial leader who helps safely navigate a warship and trains its sailors — a shortcoming known to both the destroyer's squadron and Navy officials in the United States, Fort wrote.

Fort determined that Fitz's crew was plagued by low morale; overseen by a dysfunctional chiefs mess; and dogged by a bruising tempo of operations in the Japan-based 7th Fleet that left exhausted sailors with little time to train or complete critical certifications.

But I'll be willing to bet that they were up to date on their Diversity (All Hail Diversity!) and Sexual Harassment training.

As I've said before, the collision was totally avoidable. Six minutes after a contact is spotted on radar, the radar operator should already have the CPA (Closest Point of Approach) and if he is half way competent, the course and speed. I was an electronics technician who stood radar watches on the Iredell County (LST-839) and I could do it. Plus, there is a radar repeater on the con and any idiot with a grease pencil and a ruler could easily determine the CPA. The OODs on the Iredell County could.

And WTF was the matter with the ETs on that ship? I was an ET, and altho' I was not a big fan of Navy discipline (I'm surprised at some of the stuff I got away with) I always kept my gear up to snuff. I don't care how bad my morale was, I took pride in my work. For the last year of my enlistment, I was the only ET on board who could fix anything and everyone knew it which is why I got away with what I did. I kept all my equipment in top notch shape. The ET gang on that ship had to be a bunch of losers.

As for readiness, it is not solely a Navy problem. Over the holidays, I talked to an Army dude who has been in for 17 years (and is really looking forward to getting out in 3 more years). He was bitching about readiness and how it has taken a back seat to SHARP. He was really irate about this.

He told me. SHARP is Sexual Harassment/Assault Response and Prevention. According to him, that is much more important than readiness training. He's had to stand down from a training exercise to attend a SHARP class. Can you imagine that?

The purpose of the military is to kill people and break things but the dweebs at the Pentagon have decided that SHARP is more important. I'm sure it was on the Fitzgerald as well.

A Different perspective of Electric Cars

I think charging times and distance have improved but still..

Interesting. Did anyone think about a much higher increase in our electric generation capabilities?

What happens when everyone starts pulling kw's at the same time for electricity at home, business and public, air conditioning and electric heating and lets not forget car battery recharging, etc.?

Think long and hard about what this all means before permitting or purchasing an electric car.


A Different perspective of Electric Cars

INTERESTING -  IF ELECTRIC CARS DO NOT USE GASOLINE, THEY WILL NOT PARTICIPATE IN PAYING A GASOLINE TAX ON EVERY GALLON THAT IS SOLD FOR AUTOMOBILES, WHICH WAS ENACTED SOME YEARS AGO TO HELP TO MAINTAIN OUR ROADS AND BRIDGES. THEY WILL USE THE ROADS, BUT WILL NOT PAY FOR THEIR MAINTENANCE! WHO WILL BEAR THE BURDEN?

In case you were thinking of buying hybrid or an electric car:

Ever since the advent of electric cars, the REAL cost per mile has never   been discussed.  All you ever heard was the mpg in terms of gasoline, with not a mention of the cost to run it.

This is the first article I've ever seen and tells the story pretty much as I expected it to.

Electricity has to be one of the least efficient ways to power things yet it's being shoved down our throats. Glad somebody finally put engineering and math to paper.

At a neighborhood BBQ I was talking to a neighbor, who happens to be a BC (British Columbia, Canada)  Hydro executive.    I asked him how that "renewable" thing was doing.   He laughed, then got serious.    If you really intend to adopt electric vehicles, he pointed out, you had to face certain realities. For example, a home charging system for a Tesla requires a 75 amp service.

The average house is equipped with 100 amp service. On our small street (approx. 25 homes), the electrical infrastructure would be unable to carry more than three houses with a single Tesla charge. For even half the homes to have electric vehicles, the system would be wildly over-loaded. This is the elephant in the room with electric vehicles.    Our residential infrastructure cannot bear the load.

So as our genius elected officials promote this nonsense, not only are we   being urged to buy these things and replace our reliable, cheap electrical generating systems with expensive, new windmills and solar cells, but we will also have   to renovate our entire delivery system! This latter "investment" will not   be revealed until we're so far down this dead end road that it will be presented with an 'OOPS...!' and a shrug.

If you want to argue with a green person over cars that are Eco-friendly, just read the following:

Note: Even If you are a green person, read it anyway. It's enlightening. Eric test drove the Chevy "Volt" at the invitation of General Motors and he wrote, "For four days in a row, the fully charged battery lasted only 25 miles before the "Volt" switched to the reserve gasoline engine. " Eric calculated the car got 30 mpg including the 25 miles it ran on the battery. So the range, including the 9-gallon gas tank and the 16 kwh battery, is approximately 270 miles.   It will take you 4.5 hours to drive 270 miles at 60 mph.   Then add 10 hours to charge the battery and you have a total trip time of 14.5 hours.   In a typical road trip your average speed (including charging time) would be 20 mph.

So the Canadian and American Governments want loyal citizens not to do the math, but simply pay three times as much for a car…….
that costs more than seven times as much to run,
and
takes three times longer to drive across the country.