"The media are trying to convince Trump that if he abandons the wall, he'll be a statesman, so that as soon as he folds, they can start making fun of him as an untrustworthy liar." 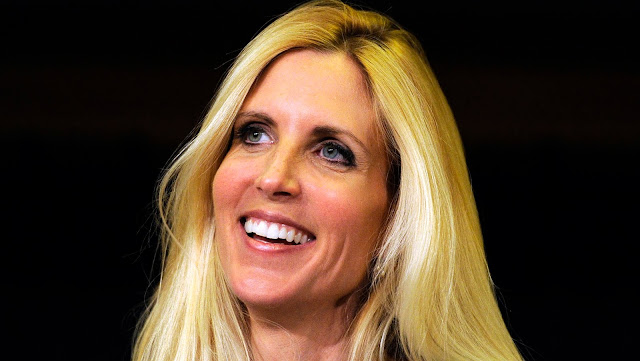 Everyone knows that we can never have a secure border without an impermeable barrier -- something like a wall -- across all of it. The Democrats know it, the voters know it, and the millions of illegals hurtling toward our border like cannonballs know it.
The Democrats' latest idea is to call a wall "immoral, ineffective and expensive."
If they think a wall is "immoral," then they're admitting it's effective. An ineffective wall would merely be a place for illegals to stop and get a little shade before continuing their march into the United States.
Democrats' backup argument is to cite -- every four minutes on MSNBC -- Trump's claim that Mexico would pay for the wall. We're all baffled by Trump not having already taxed remittances to Mexico to pay for the wall (100 percent within the president's authority under various banking regulations), but if we're going to start listing the promises Trump hasn't kept, this is going to be a long column.
In point of fact, however, he never said Mexico would pre-pay. We can tax remittances anytime.
To keep the Third World masses flowing across our un-walled border, the media are demanding that Trump agree to nonspecific "border security." It's like ordering a Starbucks and instead of getting a coffee, you're told to have more "pep." Now move along. Here's your change.
Would liberals accept such airy statements of intent in lieu of clear legal commands for any of the things they care about? (Not to be confused with "our country," which they do not care about.)
Instead of EPA emissions standards, with specific parts per million of pollutants allowed into lakes and rivers, how about a law promoting "enhanced appreciation of God's bounty"? Emissions standards are immoral and ineffective!

Nearly every Republican presidential candidate tried to con voters with these meaningless catchphrases about "border security."
Here are The Des Moines Register's summaries of some of the candidates' positions on immigration a few weeks before the 2016 Iowa caucus:
Jeb Bush: "has called for enhanced border security."
Marco Rubio: "proposes ... improved security on the border."
John Kasich: "believes border security should be strengthened."
Chris Christie: "urges ... using technology to improve border surveillance ..."
Rand Paul: "would secure the border immediately."
Carly Fiorina: "would secure the border, which she says requires only money and manpower."
They all lost.
The guy who won: "Trump has said many illegal immigrants are rapists and are bringing drugs and crime to the United States. He has called for building a wall along the southern border, and has said he would make Mexico pay for it. He said he would immediately terminate President Barack Obama's 'illegal executive order on immigration.'"
Trump got more votes than any other Republican in the history of presidential primaries. No one was falling for "border security" then, and they aren't now.
But instead of doing what he said and building a wall, Trump has hired people who don't even grasp that the point is to make it unattractive to break into our country.
On ABC's "This Week" last Sunday, Trump's head of Customs and Border Protection, Kevin McAleenan, announced plans to give illegal alien kids free medical care at the border: "What we've done immediately, (Homeland Security) Secretary (Kirstjen) Nielsen and I have directed that we do medical checks of children 17 and under as they come into our process."
Apparently, our working class is rolling in so much free health care that now our country is diverting medical resources to treat other countries' sick kids.
McAleenan boasted that we -- that's you, taxpayer -- will be providing "doctors, physician assistants, paramedics to do an initial intake check so that we know if a child is healthy as they arrive at the border and then make sure they can get medical care if they need it."
Luckily, this won't hurt any Americans because the doctors they're sending to the border are not currently treating any U.S. citizens. Oh wait! This just in: They will be taken away from sick Americans!
(Possible 2020 Trump campaign bumper sticker: I voted for a wall and all I got was free checkups for illegals.)
Doctors aren't like the Petroleum Reserve. We don't keep them cryogenically frozen, waiting to be unfrozen so they can treat illegals demanding free medical care as the price of hating us. If we rush doctors to the border, they are being rushed away from Americans who need medical care.
How about Democrats compile a list, by name, of the Americans they would like not to see their doctors anymore?
As a result of this boundless compassion for anyone who is not an American, how many more sick kids are going be dragged by their parents across hundreds of miles of desert just to see an American doctor?
Mexican cartel member to poverty-stricken Latin American:
Before setting off on this caravan, I want you to know that when you get to the border your kids will be held up for a medical check. And if they find anything wrong, your child will be given First World medical treatment. Also, you won't be allowed to pay. I just want you to understand what you're getting into before you join this caravan.
And when those kids die, Secretary Nielsen can demand more free medical care for illegals breaking into our country. Instead of having a wall, we'll have a series of interlocking charity hospitals on the border treating the poor of the world before crossing into a country that didn't ask for them and doesn't want them.
Sorry, America. You lose again.