I hope that you all have a great weekend. 10 days to Christmas and one more weekend after this one. 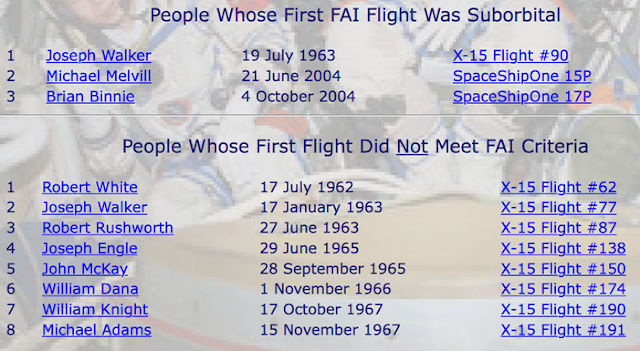 On Dec 13, 2018, at 10:04 AM, Brent Silver <fortveeble@yahoo.com> wrote:
Virgin Galactic's spaceplane finally makes it to space for the first time
'SpaceShipTwo, welcome to space'
At long last, space tourism venture Virgin Galactic has sent a vehicle into space. Early Thursday morning, the company's passenger spaceplane, the VSS Unity, ignited its rocket engine longer than ever before over the Mojave Desert, soaring above the 50-mile boundary that the Air Force defines as the beginning of space. This is the first time Virgin Galactic has crossed that line in its 14-year journey to give paying customers a taste of spaceflight.
Virgin Galactic has been gearing up for this moment since it first debuted the VSS Unity in 2016. The company slowly progressed through the vehicle's test flight program, first conducting unpowered glide flights with the spaceplane and then doing short powered flights by igniting VSS Unity's rocket engine. Prior to today, the highest the vehicle had climbed was just over 32 miles (52 kilometers), but this morning, the plane flew to 51.4 miles (82.7 kilometers), reaching a top seed of Mach 2.9, or 2.9 times the speed of sound. The company claims it may be able to go even higher. To get to today's height, the vehicle ignited its onboard engine for a total of 60 seconds, but the hardware can supposedly burn for even longer than that.
All of this extensive testing will help to certify that the VSS Unity is safe to carry passengers. Virgin Galactic's ultimate goal is to use the spaceplane to send paying customers to the edge of space where they can experience a few minutes of weightlessness. Unlike other spacecraft, which are launched from the ground, the VSS Unity's route to space is unique. The plane is carried to an altitude of around 45,000 feet by a larger dual-cabin carrier aircraft called WhiteKnightTwo. From there, the VSS Unity drops and ignites its engine in order to fly to its peak altitude. Eventually, the engine will shut off, and those on board will experience space before the plane heads back to Earth to perform a runway landing.
The company claims to have already sold hundreds of tickets for the experience at $250,000 a piece. Many celebrities, including Ashton Kutcher and Tom Hanks, say they have a spot to fly on the vehicle. However, Virgin Galactic's customers have been waiting a very long time to board a flight.
Originally, founder Richard Branson claimed the company would be in space as early as 2009 using Virgin Galactic's first spaceplane, the VSS Enterprise. The vehicle never made it that far; it only reached an altitude of about 13.6 miles. In 2014, the VSS Enterprise was destroyed in the middle of a powered flight test in a tragic accident that led to the death of one of the vehicle's two pilots.
With today's test, the company has finally made good on its promise to get to space. But that also depends on what metric you use for where space begins. While NASA and the US Air Force give astronaut wings to anyone that surpasses 50 miles (80 kilometers), other organizations such as the World Air Sports Federation or Fédération Aéronautique Internationale (FAI) use 62 miles (100 kilometers) as the altitude where space begins. However, the FAI says it is considering changing the definition based on new research presented by researchers such as Harvard astronomer Jonathan McDowell.
For those that do consider today's test a spaceflight, the feat marks a big milestone for the US. The last time anyone launched to space from American soil was in 2011, with the last flight of NASA's Space Shuttle. Since then, NASA astronauts have all been launching to space on Russian Soyuz rockets from Kazakhstan, and no crewed launches have taken place from the US. But VSS Unity's two co-pilots, Mark "Forger" Stucky and C.J. Sturckow, have tentatively broken that dry spell. However, some milestones still remain unconquered in the American effort to return to crewed launches. The pair did not make it into orbit, as the VSS Unity is only a suborbital vehicle.
Also on board today's flight were four test payloads from NASA. The space agency selected Virgin Galactic to carry research as part of the NASA's Flight Opportunities Program, an initiative through which commercial companies help NASA do research using suborbital vehicles. Virgin Galactic also noted that the payloads helped to distribute weight on the spaceplane, which helped to simulate what it might be like when people are on board.
While making it to space has been a long-held goal for Virgin Galactic, the company still plans to do more testing with VSS Unity before customers will start flying on the plane. More powered flights are planned as part of the first phase of testing, which is being done out of Virgin Galactic's facility at the Mojave Air and Space Port. Once that testing is done, the company will move into the next phase, called "cabin testing." That's when employees will go through the procedures they plan to use during commercial flights, such as how they'll get passengers in and out of their seats. Eventually, VSS Unity will move to its new home at Spaceport America in New Mexico where commercial flights will take place.
It's unclear how exactly that timeline will play out, but with today's flight, it seems Virgin Galactic's first phase of testing is proceeding as planned.
'SpaceShipTwo, welcome to space' Read the full story