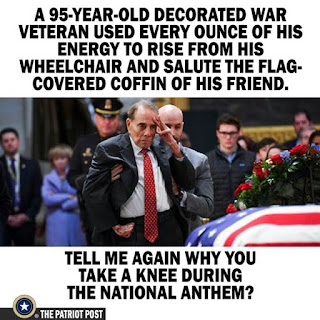 To All,
I hope that you all had a great weekend.
Regards
skip
This day in Naval History
Dec. 10
§  1843—The first steam ship with screw propeller, Princeton, is launched. In 1844, its guns explode during a demonstration and kill Secretary of State Abel P. Upshur, Secretary of the Navy Thomas Gilmer and several others.
§  1941—SBD aircraft from USS Enterprise (CV 6) attack and sink the Japanese submarine I-70 north of Hawaiian Islands. A participant in the Pearl Harbor Attack, I-70 is the first major Japanese combatant ship sunk during World War II.
§  1941—A PBY aircraft piloted by Lt. Harmon T. Utter is attacked by three Japanese Mitsubishi A6M2 Type 0 carrier fighters. Chief Boatswain Earl D. Payne, Utter's bow gunner shoots one down, scoring the Navy's first verifiable air-to-air "kill" of a Japanese plane in the Pacific War.
§  1994 – USS Mitscher (DDG 57) is commissioned at Naval Air Station Pensacola, Fla., Cmdr. Roy J. Balaconis in command.
Dec. 10, 1864:  Union Army forces under the command of Gen. William Tecumseh Sherman reach the outskirts of Savannah, Georgia, a key Confederate coastal city which Sherman will present as a Christmas gift to Pres. Abraham Lincoln on Dec. 22. Sherman's famous "March [from Atlanta] to the Sea" (infamous to many Southerners, even today) is all but over. In the new year, Sherman's army will begin its fiery march up into South Carolina, the extraordinarily proud but soon-to-be defeated state where the whole thing started.
Dec. 10, 1898:  The Spanish-American War ends with the signing of the "Treaty of Paris" (not to be confused with the 1783-1784 "Treaty of Paris" ending our War of Independence, nor the 1763 "Treaty of Paris" ending the Seven Years War, known here in the colonies as the French and Indian War). Spain gets the short end of the stick. We get Cuba, Puerto Rico, the Philippines, Guam, etc.
Thanks to CHINFO
Executive Summary:
In national news headlines today, a powerful winter storm struck the Southeast over the weekend left more than 310,000 homes without power and cancellation of hundreds of flights yesterday. Bloomberg News reports that President Donald Trump signaled that he may request $750 billion in national defense spending after Secretary Mattis and top lawmakers urged him to abandon a plan to seek only $700 billion. Military Times reports that President Trump has selected Army Chief of Staff Gen. Mark Milley as the next chairman of the Joint Chiefs of Staff. Additionally, USS Abraham Lincoln successfully completed Combat Systems Ship Qualification Trials on Dec. 7.