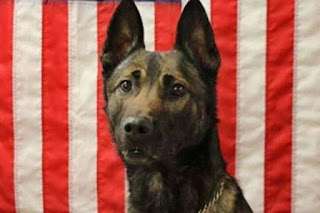 The List 4876     TGB
To All,
I hope that your week has been going well.
Regards
skip
This day in Naval History
Dec. 6
1861—During the Civil War, the side-wheel steam cruiser Augusta, commanded by Cmdr. Enoch G. Parrott, captures British blockade runner Cheshire off South Carolina.
1917—During World War I, German submarine U-53 torpedoes and sinks USS Jacob Jones (DD 61) off England with the loss of 64 lives. U-53's commanding officer, Hans Rose, in a rare gesture, reports the 38 survivors' drift location to the American base in Queenstown, Ireland.
1941—USS Decatur (DD 341), in Task Unit 4.1.4, while on escort duty with convoy ONS 39, carries out a depth charge attack on a suspicious contact in the North Atlantic.
1941—President Franklin D. Roosevelt sends a letter to the Japanese emperor reminding the Japanese leader of their country's long-standing relationship and his concern about developments occurring in the Pacific area.
1943—USS Raven (AM 55) rescues 16 survivors from U.S. tanker Touchet, which was sunk by German submarine U 193 three days earlier. The entire merchant complement of 50 men survived but 10 of the 30-man armed guard are lost with the ship.
1959—Cmdr. Lawrence E. Flint, Jr., piloting a McDonnell F4H-1 Phantom II powered by two GE J-79 engines, betters the existing world altitude record by reaching 98,560 feet above Edwards Air Force Base, CA. The previous record of 94,658 feet was reached in the USSR by a TU-431 jet.
Thanks to CHINFO
Executive Summary:
Today's top national headlines include coverage of 41st President George H. W. Bush's funeral, the arrest of Chinese company Huawei's chief financial officer in Canada, and the continued global stock market slide. USS McCampbell sailed near contested water in the Sea of Japan Wednesday reports CNN.  USS "McCampbell sailed in the vicinity of Peter the Great Bay to challenge Russia's excessive maritime claims and uphold the rights, freedoms, and lawful uses of the sea enjoyed by the United States and other Nations," said Lt. Rachel McMarr, spokeswoman for Pacific Fleet. Sen. James Inhofe expressed concern over the proposed plan to buy two aircraft carriers in one contract due to continued difficulties with bomb elevators on USS Gerald R. Ford reports Bloomberg News. USS Ronald Reagan has returned to its homeport following four months at sea reports Stars and Stripes.

Today in History December 6
NNNNNNNNNNNNNNNNNNNNNNNNNNNNNNNNNNNNNNNNNNNNNN
Thanks to Carl
https://www.americanthinker.com/blog/2018/12/army_versus_navy_football_every_american_can_appreciate.html
December 6, 2018
Army versus Navy: Football every American can appreciate
By William O'Toole
The best sports rivals in our nation meet on the football field this Saturday, when Army meets Navy.  The West Pointers will try to make it three straight wins after being pounded by the Midshipmen from 2002 to 2015, losing every one of their clashes.  Remove Navy's streak, the longest between the two in their history, and Army leads the series by only three games, which started at the end of the 19th century.  Neither team will be playing for the national title, nor will either even finish in the top ten.  That hasn't happened since Heisman Trophy-winner Roger Staubach quarterbacked Wayne Hardin's Midshipmen to a 9-2 mark, a New Year's Day Cotton Bowl game against eventual champion Texas Longhorns and a number-two ranking in the polls.
The glory days of the academies being in the hunt for the national title ended long ago, most likely never to return.  The growth of the NFL has made it almost impossible for the academies to recruit "blue chippers" to play for Army, Navy, or Air Force.  Signing with one of the academies means that a player willingly sacrifices his potentially most productive years earning a lucrative NFL salary because he stills has a commitment post-graduation to Uncle Sam.
The game is more than a clash between NCAA athletes and future officers.  No, this game is pure Americana, the pageantry of college football and the military at its finest.  The celebrities are not Hollywood actors strolling the red carpet, but the Army cadets and Navy midshipmen marching in lockstep precision.
Yes, politicians from both sides will be there, preening for the cameras and marking their time.  Hey, nothing's perfect.
Fortunately, real Americans recognize that this day is dedicated to true heroes of our nation.  Fans, bubbling with pride, watch them, nattily attired in their crisp traditional uniforms, march in unison – a precision unmatched except by their respective football teams.  If the weather holds, the crowd may be entertained and amazed by paratroopers jumping from helicopters and landing with pinpoint accuracy at the fifty-yard line.  Cadet discipline is observed on the football field as well, with the offenses and defenses of both teams run their respective plays with precision.
Americans will celebrate the men and women who have chosen a selfless path of contributing to our society by serving for the sake of our nation's defense.  On what will most likely be a cold, damp, gray wintry day out of Robert Frost, these future warriors will wage combat on a gridiron instead of a battlefield for sixty intense minutes (and maybe more) in front of an SRO crowd lucky to have a ticket.  Millions more like me will seek refuge in our cozy dens or man caves to view the game parked in a favorite easy chair with a buffet of food.  Either way, fans will be engaged for three-plus hours, awed by the athleticism and inspired by the efforts of our nation's youth.
This slice of our American culture is comforting.  That these young men and women are determined to protect our freedoms and country against the evil entities in a violent, chaotic, mercurial world.
NNNNNNNNNNNNNNNNNNNNNNNNNNNNNNNNNNNNNNNNNNNNNN
More from last year
Thanks to Carl….Now you can get ready for the original Big Game
(52 historic photos on link--Army Navy Games through the Years: http://www.capitalgazette.com/multimedia/photos/cgnews-cc-army-navy-games-through-the-years-20171130-pg-photogallery.html )
http://www.capitalgazette.com/news/naval_academy/ac-cn-army-navy-history-1206-story.html#nws=true
Army-Navy game history has unique firsts, has endured through tragedy
December 5, 2017
Want more? A gallery of images and programs from Army-Navy games dating back to 1890 can be found at capitalgazette.com.
NNNNNNNNNNNNNNNNNNNNNNNNNNNNNNNNNNNNNNNNNNNNN
Thanks to Dutch and Lurch
Red McDankel: The Prisoner of War | Magazine | Campbell University
From: Robert Miles
This was a four plane flight that Red was flying number two and I was the section leader in number three...
From a good friend, Jim Gosler.  Important to pass on.  Jim Bob

My reply is simply... geography.

My background is as follows:

I am 74 years old. As a child I was what we called; "A Navy Brat". A less than complimentary description for those of us who grew up with fathers in the Navy. My dad was a WW II veteran (Pacific Theater) and after the war became a member of the Navy's famous "Hurricane Hunters". This was the squadron tasked to track hurricanes in the Caribbean, Gulf of Mexico and Western Atlantic Ocean. The very area often referred to as The Bermuda Triangle.

My first clear memories involved the squadron, the mission and the men who flew them. When you grow up as a child in that environment, you couldn't help but learn things that the average person would not know. I was exposed to Aviators, Scientists, Meteorologists and Engineers. Practical, grounded and highly educated individuals.

Generally, educated men with common sense. The squadron started in Miami, moved to Jacksonville and then to the Naval Air Station at Roosevelt Roads, Puerto Rico. Toward the end, it returned to Jacksonville. From the time I was four years old until I was a junior in high school (with the exception of two years), my dad was in the squadron and we lived on the Naval Air Stations where the squadron was based. From the time I was five or six years old... I have been hearing about the infamous "Bermuda Triangle".

Newspaper articles, magazine articles, radio an TV shows, etc. I was exposed to the sensational hyperbole of the media; but I was also exposed to the rational thoughts of men of science in that special group of men. These were men who flew in the supposed "Triangle" virtually on a daily basis. I remember my dad's navigator conversing with other pilots and crewman in the squadron, about how ridiculous all of these "theories" about the "Triangle" were... when there was a simple, common sense, explanation.

The area that defines the Triangle is one of the most intense and heavily trafficked areas in the world for maritime and aviation traffic. Both professional and recreational sailors and Aviators. And it is also the site of some of the most intense weather in the world; with tropical storms, hurricanes and other phenomena. I might point out that most of the mysterious stories about the Triangle occurred long before modern navigation aides and GPS technology. Going back to the time the "New World" was discovered by Europeans... the legends of the Triangle's mystery began. The Caribbean became the graveyard of an incredible number of Spanish, Portuguese and English sailing vessels. All because of the various reasons I have cited. There was no weather or storm forecasting... there was no modern navigation systems. It was not until the late1960's that any type of reliable navigation and forecasting systems came along (RNAV, TACAN, LORAN and finally GPS and satellite). Each new system was a quantum leap over the previous. And with each new system... the number of mysterious disappearances dropped dramatically. To my knowledge, there hasn't been an unexplained disappearance in over 40 decades. Virtually all disappearances can be attributed to weather, inexperience or other known causes... mechanical failure, taking on water or instrument failure. Even just four years ago we had a ship from Jacksonville that sailed into a hurricane and sank. No mystery, it was tracked right up until the time it sank. The Master made a wrong choice in deciding which direction to take to get around the hurricane. Tragic decision. It all honesty, it was the result of the most common cause for most of the disappearances of vessels and aircraft in the Bermuda Triangle. Human judgement error!

Even the famous "Flight 19" disappearance during WW II has a simple explanation. They were navigating by what we call "Dead Reckoning"... without the use of navigation aids of the era. A hazy day where the horizon was hardly visible, over water with no visible landmarks... they got lost, plain and simple. BTW, there was a complete and comprehensive post accident investigation by the U.S. Navy that came to the same conclusion.

In conclusion, I'd like to think I'm a logical, reasonably educated and experienced Aviator. I was a Marine F-4 Phantom Pilot. I've landed and taken off from aircraft carriers and flown all over the world. I don't believe in witches, ghosts, UFO's and the supernatural. I do believe in science.

Finally, I would hope you would understand... it is human nature for people to be susceptible to folklore and grand conspiracies or old wives and sailors tales, than a simple, logical explanation. Besides, it makes for more entertaining books and TV shows!

All the Best, Roy Stafford

As a coincidence, it just so happens I have an article in the current issue of "Flight Journal", an aviation magazine here in the states about a UFO incident. I think you'd get a kick out of it.
NNNNNNNNNNNNNNNNNNNNNNNNNNNNNNNNNNNNNNNNNNNNNN
Thanks to Carl
Army Ranger Dog who Died in Afghanistan Saved Soldiers' Lives
https://www.military.com/daily-news/2018/12/04/army-ranger-dog-who-died-afghanistan-saved-soldiers-lives.html?ESRC=eb_181205.nl