First of All,
A Very Merry Christmas
To All Our Visitors!

But Be Warned!
Just When You Thought
You've Heard It All!

You May Not Be Allowed
To Make Gingerbread Men Anymore! 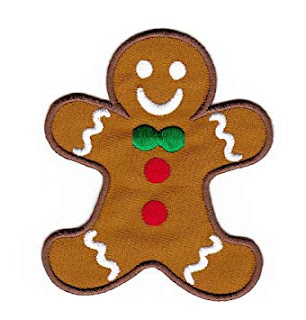 I Think That's a Bow Tie
So It's Probably a He!

Well Not So Fast,

A bakery has sparked backlash over its decision to change the labels on its gingerbread men to the more “politically correct” gingerbread people.
The owners of JL Bean bakery in Cleveleys, Lancashire, modified the name on their biscuits last year on a “whim,” according to bakery owner Paul Lewis.
However, a recent customer took offense to the change when she went to order a gingerbread man and was informed that they were actually gingerbread people.
According to the customer’s husband, Jeff Dugdale, a bakery employee told his wife the new gender-neutral name was the proper way to advertise the baked goods.
Dugdale expressed his exasperation with the "politically-correct nonsense" on social media, where others were quick to join in on the criticism.
“Seemingly now you have to call gingerbread men ‘gingerbread persons’ when ordering. As far as I can see there is no law in place for this type of PC nonsense,” Dugdale wrote.
In response to the recent complaints, Lewis said the high street bakery, which was founded in 1933, didn’t make the change because of political correctness.
“My wife just put this little ‘gingerbread persons’ label on them as a whim, and that was last year,” he told the newspaper. “It was never anything to do with political correctness and we’ve not really had any comeback until now.”
According to Lewis, most of the response online has been “jokey” but he was “surprised at how seriously some of the people were taking things.”

This Opens a Whole Big Slew Of Thingys!

The Gingerbread House Will Have To Be Outfitted With:

Well I Don't Know About You,
But I'm Gonna Enjoy My Christmas
And Have a Few
Gingerbread Man Cookies
&
Later Maybe Have a Rye & Ginger
&
With My Wife Ginger
&
Watch A Non-PC Movie With
Ginger Rogers

Merry Christmas To All
&
To All A Good Night!