To All,
I hope that you all had a great weekend. This is a Bubba Breakfast Friday in San Diego. Make plans to make it a full  house with flight jackets.
Regards

Subject: How the Rover Got to Mars 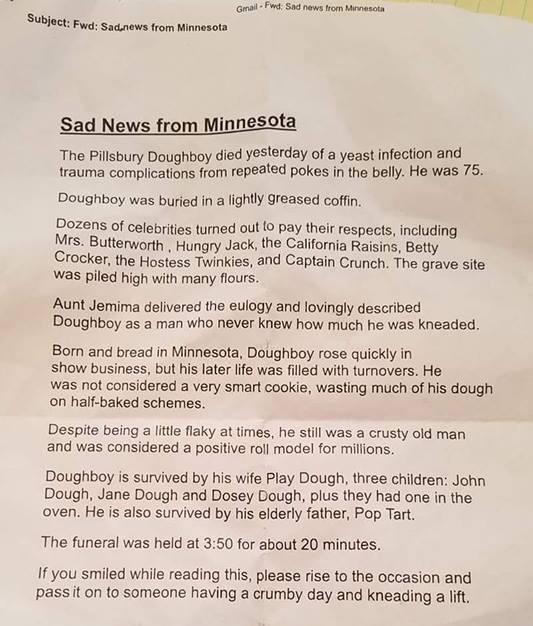 Maybe I'm a bit biased because the Texas A&M Corps of Cadets still wears Pinks & Greens as their winter Class A's. And just as a note, the 75th Division patch the Lt Col's wearing on the right was my dad's combat division in Europe when they relieved, I think it was, the 82nd Airborne at Bastogne During the Battle of the Bulge.

Good on ya, Army! 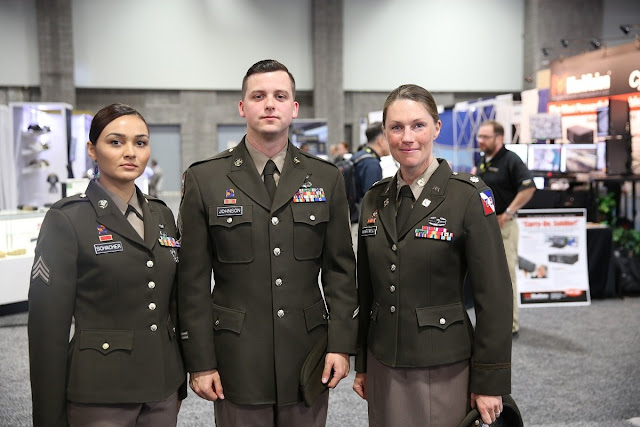 A year in the making, the Army is preparing to make a final decision on bringing back the service's much beloved World War-II dress uniform.
Both Army Chief of Staff Gen. Mark Milley and Sergeant Major of the Army Dan Dailey have been fitted for their own prototypes, a version of the uniform built with feedback from soldiers, Dailey told Army Times in a Nov. 15 interview.
"The males wanted to make it as close to the Marshall uniform as possible," Dailey said, alluding to the belted, olive drab coat worn by then-Chief of Staff Gen. George Marshall. "Because, you know, there were so many different versions being made, and so many different manufacturers during World War II. Back then, we didn't have them all synchronized."
And the women agreed, Dailey said. Women, of course, were not allowed to serve in the active duty Army during that time, and so there was no special, female version of the uniforms.
Female soldiers tapped to provide their feedback opted for a long tie and round service cap over the short neck tab and curve-brimmed service cap of the current women's Army Service Uniform.
They also wanted the jackets to be slightly longer than the original prototype, which hit at the hip bones, and preferred a straight, pencil skirt over a pleated version.
Dailey and his prototype models have been making the rounds in Washington, showing off the uniforms at the annual AUSA meeting and at a reception with lawmakers. Next up, he said, was the Army-Navy game.
"Then the greater American public will see it," Dailey said. "That's our intent. If you love it — tell us. If you hate it — tell us."
After the new year, the development team will be able to get into the details of pricing and mass producing the uniform, as well as laying out regulations for phasing it in
The "pinks and greens" are meant to be an official occasion uniform that would be issued at basic training, Dailey has said, bumping the blue ASU up to formal wear.
"We don't have real manufacturers making these things — they're just one-off prototypes being made by our people," he said. "A lot of the fabric we had in stock, believe it or not, from a study that was done on this uniform when we got rid of the greens."
They could start out a little more expensive than the current ASU but level out as production ramps up, Dailey said, but enlisted soldiers and officers will likely have three to four years before they have to buy one.
"It gives us plenty of time to pay the enlisted soldiers' portions of it through their clothing allowance, so by the time they're required to have it, they've been paid in full," Dailey said.
https://www.armytimes.com/news/your-army/2017/12/27/new-in-2018-army-decision-coming-on-return-of-pinks-and-greens-uniform/ 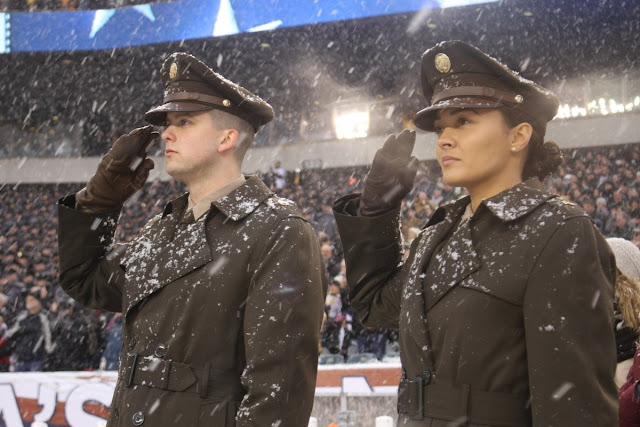 It's official: Army approves 'pinks and greens' uniform on Veterans Day
By: Meghann Myers   November 11
The Army was able to straighten out its congressionally mandated notification requirements in time to announce on Sunday, Veterans Day, that the much anticipated "Army Greens" will indeed be your next service uniform.
Formerly known as the "pinks and greens," the World War II-era officers uniform could go Army-wide as soon as 2020, according to a release that was posted Sunday to the Army's website but was not shared through any of its social media channels.
"The current Army Blues Uniform will return to being a formal dress uniform, while the Army Greens will become the everyday business-wear uniform for all soldiers," the release said.
The new uniform will be "cost-neutral," according to the Army, though details of the budgeting plan were not immediately available.
Sergeant Major of the Army Dan Dailey told Army Times in September that while higher quality materials translated to a dollar-for-dollar more expensive uniform, the fielding plan would negate some of those extra costs in the aggregate.
For example, the release said, new soldiers will receive the uniform when they reach their first unit of assignment.
This, theoretically, would relieve the cost of issuing and tailoring uniforms for soldiers in basic training who end up dropping out, or whose weight fluctuates, requiring more alterations.
The uniforms are also expected to last longer ― about six years, Army spokesman Lt. Col. Isaac Taylor told Army Times.
"We are purchasing a higher quality uniform with a longer service life, and we are executing a longer phase-in period to remain cost neutral," Taylor said, but he did not provide a price breakdown.
The standard uniform set-up will require pants and brown leather oxfords for both men and women. Women will have the option to wear a pencil skirt and pumps. Everyone will also be able to buy a leather bomber jacket as an outerwear option.
The rest of the Army would have until 2028 to pick up the new uniform, the release said
NNNNNNNNNNNNNNNNNNNNNNNNNNNNNNNNNNNNNNNNNNNNN
Monday Morning Humor-Hanukkah           Thanks to Al
Hanukkah, also known as the Festival Of Lights and the Feast Of Dedication, is a Jewish holiday that is observed for eight days and nights. This year it runs from December 2 to December 10. It's a serious occasion, of course, but I believe humor has its place everywhere, and so here's a collection of funny Hanukkah jokes and puns for you to enjoy.
Mary goes to the post office to buy stamps for her Hanukkah cards one year. She says to the cashier, "Please may I have 50 Hanukkah stamps?"
The cashier asks, "What denomination?"
Miriam says, "Oy vey, has it come to this? Okay, give me 6 Orthodox, 12 Conservative, and 32 Reform."
A latke gave his mother a gift.
As he did so, she said to him, "Awww, why are you so sweet?"
He replied, "I guess that's just the way I yam."
Stan and John are walking to school one day and Stan is describing his new Playstation to John.
"Where did you get that?" John asks.
"I got it last night for Hanukkah," says Stan.
"What's Hanukkah?" John asks.
Stan replies, "It's the Jewish holiday where we get presents every night for eight nights to celebrate the festival of lights."
"Wow, I wish we got that!" John exclaims. The next day on the way to school John runs up to Stan, curious to see what he got the previous night.
He sees that Stan is upset and asks him, "What's wrong? Where's your present from last night?"
Stan holds up a ball of crumpled wrapping paper as he says, "It was leftovers night."
One Hanukkah, a Jewish husband said to his wife, "I think there's something wrong with these latkes, dear. They taste awful."
His wife replied, "That shows you what you know. The recipe book says they're delicious."
My mother once gave me two sweaters for Hanukkah.
The next time we visited, I made sure to wear one. As we entered her home, instead of the expected smile, she said, "Aaron, what's the matter? You didn't like the other one?"
It was Hanukkah and the tiny Hungarian village was afraid they may not have any latkes because they'd run out of flour.
Rudi, the Rabbi, was called upon to help solve the problem.
He said, "Don't worry, you can substitute matzo meal for the flour, and the latkes will be just as delicious."
A woman looks doubtfully at her husband and asks him, "Samuel, do you think it'll work?"
"Of course," Samuel replies, "Everybody knows Rudolph the Rab knows grain, dear."
It was just before Hanukkah and Miriam, a grandmother, was giving directions to her grown up grandson who was coming to visit with his wife for the first time since Miriam had moved to her new apartment.
"You come to the front door of the condominium complex. I am in apartment 3A." Miriam told her grandson.
'There's a big panel at the door. Use your elbow to push button 3A and I will buzz you in.
Come inside and the elevator is on your right. Get in the elevator and user your elbow to press the 3 button.
When you get out my apartment is on the left. Use your elbow to ring my doorbell and I'll open the door for you."
"Grandma, that sounds easy," her grandson replied, "But why am I hitting all these buttons with my elbow."
Miriam answered, "You're coming to visit empty handed?"
Admiring the Christmas trees displayed in his neighbour's windows, Nathan asks his father, "Daddy, can we have a Hanukkah Tree?"
"What? No, of course not." says his father.
"Why not?" asks Nathan again.
Bewildered, his father replies, "Well, Nathan, because the last time we had dealings with a lighted bush we spent 40 years in the wilderness."
Wishing a Happy Hanukkah to all my Jewish friends,
Al