December 3rd...This Day in History (A Streetcar Named Desire opens on Broadway + others) 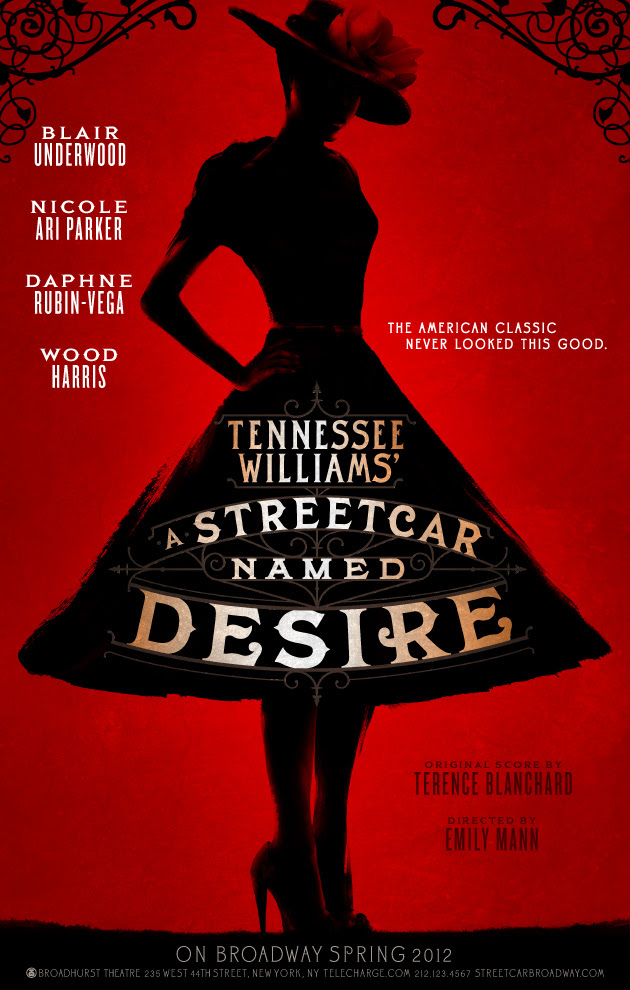 On this day in 1947, Marlon Brando’s famous cry of “STELLA!” first booms across a Broadway stage, electrifying the audience at the Ethel Barrymore Theatre during the first-ever performance of Tennessee Williams’ play A Streetcar Named Desire.

The 23-year-old Brando played the rough, working-class Polish-American Stanley Kowalski, whose violent clash with Blanche DuBois (played on Broadway by Jessica Tandy), a Southern belle with a dark past, is at the center of Williams’ famous drama. Blanche comes to stay with her sister Stella (Kim Hunter), Stanley’s wife, at their home in the French Quarter of New Orleans; she and Stanley immediately despise each other. In the climactic scene, Stanley rapes Blanche, causing her to lose her fragile grip on sanity; the play ends with her being led away in a straitjacket.

Streetcar, produced by Irene Mayer Selznick and directed by Elia Kazan, shocked mid-century audiences with its frank depiction of sexuality and brutality onstage. When the curtain went down on opening night, there was a moment of stunned silence before the crowd erupted into a round of applause that lasted 30 minutes. On December 17, the cast left New York to go on the road. The show would run for more than 800 performances, turning the charismatic Brando into an overnight star. Tandy won a Tony Award for her performance, and Williams was awarded the Pulitzer Prize for Drama.

In 1951, Kazan made Streetcar into a movie. Brando, Hunter and Karl Malden (as Stanley’s friend and Blanche’s love interest) reprised their roles. The role of Blanche went to Vivien Leigh, the scenery-chewing star of Gone with the Wind. Controversy flared when the Catholic Legion of Decency threatened to condemn the film unless the explicitly sexual scenes–including the climactic rape–were removed. When Williams, who wrote the screenplay, refused to take out the rape, the Legion insisted that Stanley be punished onscreen. As a result, the movie (but not the play) ends with Stella leaving Stanley.

A Streetcar Named Desire earned 12 Oscar nominations, including acting nods for each of its four leads. The movie won for Best Art Direction, and Leigh, Hunter and Malden all took home awards; Brando lost to Humphrey Bogart in The African Queen.

GENERAL INTEREST
1984
The Bhopal-Union Carbide disaster
In the early morning hours, one of the worst industrial disasters in history begins when a pesticide plant located in the densely populated region of Bhopal in central India leaks a highly toxic cloud of methyl isocyanate into the air. Of the estimated one million people living ...

GENERAL INTEREST
1912
First Balkan War ends
Bulgaria, Serbia, Greece, and Montenegro sign an armistice with Turkey, ending the first Balkan War. During the two-month conflict, a military coalition between Greece, Serbia, Bulgaria, and Montenegro–known as the Balkan League–expelled Turkey from all the Ottoman Empire’s ...

VIETNAM WAR
1962
Report maintains that Viet Cong are prepared for a long war
Roger Hilsman, director of the State Department Bureau of Intelligence and Research, sends a memorandum to Secretary of State Dean Rusk pointing out that the communist Viet Cong fighters are obviously prepared for a long struggle.While government control of the countryside had ...

VIETNAM WAR
1965
Memorandum outlines terms for bombing halt
In a confidential memorandum to Defense Secretary Robert McNamara, Assistant Secretary of Defense John McNaughton outlines the terms that should precede any permanent bombing halt. He said that North Vietnam must not only cease infiltration efforts, but also take steps to ...

SPORTS
1979
Indian field hockey gold medalist Dhyan Chand dies
On December 3, 1979, the Olympic gold medal-winning field hockey player Dhyan Chand dies in Delhi, India. Born Dhyan Singh in August 1905, he got his more well-known last name when his first coach predicted his talent would allow him to shine like a chand, or moon. True to the ...