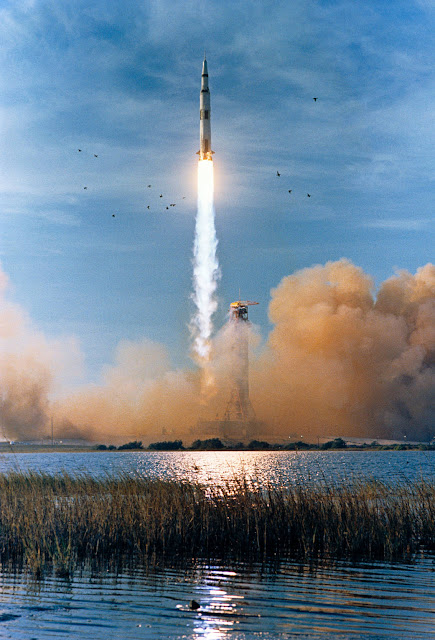 Apollo 8 was supposed to be a test flight to simulate atmospheric re-entry from the Moon but never meant to go there. But then the Soviet Union successfully launched two successful uncrewed lunar missions -- Zond 5 and 6 -- and NASA's plans changed.  The rest, as they say, is history.

Learn more about the history of the Apollo 8 mission.