Trump in Miss.Tonight to Rally for Senate Candidate Cindy Hyde-Smith

The President is headed for Mississippi on Monday to rally support for GOP U.S. Senate candidate Cindy Hyde-Smith ahead of Tuesday's runoff election against Democratic opponent Mike Espy.

Neither candidate secured the requisite 50 percent of
votes during their Nov. 6 election.
Hyde-Smith may well need the president's support.
She has been facing intense scrutiny recently over having
attended a white private school that was founded after
court-ordered school desegregation of public schools.

Hyde-Smith also ignited controversy after she was seen in a
photo wearing a replica hat of a Confederate soldier and in a
video praising a supporter by saying:
“If he invited me to a public hanging, I’d be on the front row.” 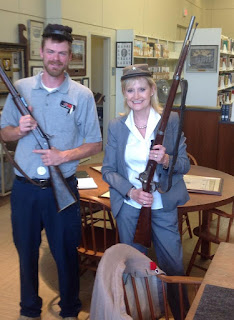 Clearly She Was Being Shown Historical Artifacts But You Know Someone Will Pull The Race Card Out For This!

Hyde-Smith has apologized
for the remark but,

Even a Better Reason To Watch
is President Trump is Sure To Be Commenting
On The Current Border Problem & Invasion &
How the Left Wing Crooked Media Will Only
Show a Woman & Child Running From The
Tear Gas & They Will Not Show
The Criminal Element Attacking
The Police, Troops & ICE Agents!

And Of Course Why We Need Her Seat!

Live Now, He Has Just Landed!