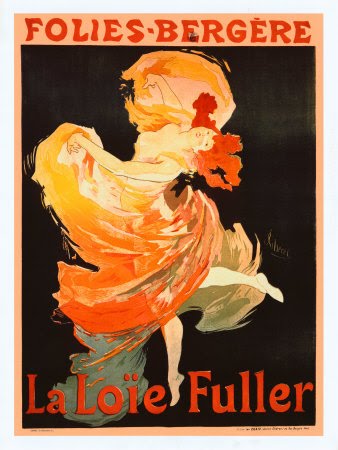 Once a hall for operettas, pantomime, political meetings, and vaudeville, the Folies Bergère in Paris introduces an elaborate revue featuring women in sensational costumes. The highly popular “Place aux Jeunes” established the Folies as the premier nightspot in Paris. In the 1890s, the Folies followed the Parisian taste for striptease and quickly gained a reputation for its spectacular nude shows. The theater spared no expense, staging revues that featured as many as 40 sets, 1,000 costumes, and an off-stage crew of some 200 people.

The Folies Bergère dates back to 1869, when it opened as one of the first major music halls in Paris. It produced light opera and pantomimes with unknown singers and proved a resounding failure. Greater success came in the 1870s, when the Folies Bergère staged vaudeville. Among other performers, the early vaudeville shows featured acrobats, a snake charmer, a boxing kangaroo, trained elephants, the world’s tallest man, and a Greek prince who was covered in tattoos allegedly as punishment for trying to seduce the Shah of Persia’s daughter. The public was allowed to drink and socialize in the theater’s indoor garden and promenade area, and the Folies Bergère became synonymous with the carnal temptations of the French capital. Famous paintings by Édouard Manet and Henri de Toulouse-Lautrec were set in the Folies.

In 1886, the Folies Bergère went under new management, which, on November 30, staged the first revue-style music hall show. The “Place aux Jeunes,” featuring scantily clad chorus girls, was a tremendous success. The Folies women gradually wore less and less as the 20th century approached, and the show’s costumes and sets became more and more outrageous. Among the performers who got their start at the Folies Bergère were Yvette Guilbert, Maurice Chevalier, and Mistinguett. The African American dancer and singer Josephine Baker made her Folies debut in 1926, lowered from the ceiling in a flower-covered sphere that opened onstage to reveal her wearing a G-string ornamented with bananas.

The Folies Bergère remained a success throughout the 20th century and still can be seen in Paris today, although the theater now features many mainstream concerts and performances. Among other traditions that date back more than a century, the show’s title always contains 13 letters and includes the word “Folie.”

GENERAL INTEREST
1874
Winston Churchill born
Winston Leonard Spencer Churchill, the British leader who guided Great Britain and the Allies through the crisis of World War II, is born at Blenheim Palace in Oxfordshire, England.Churchill came from a prestigious family with a long history of military service and joined the ...

GENERAL INTEREST
1954
Meteorite strikes Alabama woman
The first modern instance of a meteorite striking a human being occurs at Sylacauga, Alabama, when a meteorite crashes through the roof of a house and into a living room, bounces off a radio, and strikes a woman on the hip. The victim, Mrs. Elizabeth Hodges, was sleeping on a ...

GENERAL INTEREST
1993
Brady Bill signed into law
During a White House ceremony attended by James S. Brady, President Bill Clinton signs the Brady handgun-control bill into law. The law requires a prospective handgun buyer to wait five business days while the authorities check on his or her background, during which time the sale ...

AUTOMOTIVE
1965
Unsafe at Any Speed hits bookstores
On this day in 1965, 32-year-old lawyer Ralph Nader publishes the muckraking book Unsafe at Any Speed: The Designed-In Dangers of the American Automobile. The book became a best-seller right away. It also prompted the passage of the National Traffic and Motor Vehicle Safety Act ...

WORLD WAR I
1917
German foreign minister celebrates revolution in Russia
On this day in 1917, Foreign Minister Richard Von Kuhlmann stands before the German Reichstag government to deliver a speech applauding the recent rise to power in Russia of Vladimir Ilyich Lenin and his radical socialist Bolshevik Party.Soon after November 7, 1917, when the ...